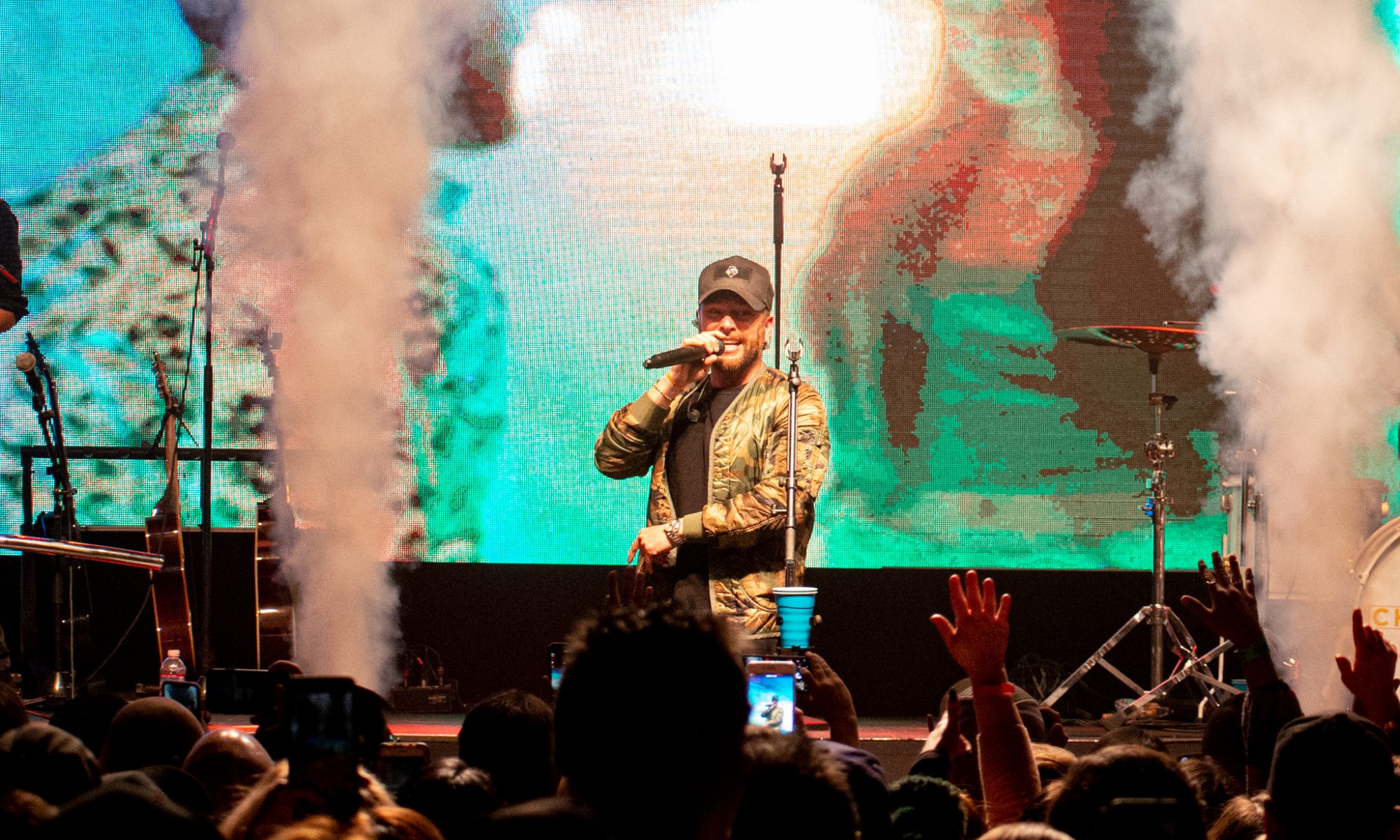 Chris Lane brought his Big Big Plans Tour to The Depot in Salt Lake City on Sunday night for his final show of the tour.  It was fitting that there was a full house of excited fans there to close out his tour and The Depot was the perfect spot for his final stop.

Gabby Barrett opened up for the show and got the crowd going with her powerful voice.  If people think of Barrett being just another American Idol contestant they’re sadly mistaken.  She has come a long way from his season 16 3rd place finish and if tonight’s performance was indication we will be seeing a lot more of her.  Her performance with Chris Lane singing “Take Back Home Girl” to close out the concert had the fans going wild.

Chris Lanes performance was one for the books.  He played his songs with a backdrop that included imagery of him and his band growing up at different points in their life.  He used this as an interactive experience to tell us stories about the songs, his childhood, and his engagement with his “Big Big Plans” song and how he wrote it and used it to pop the question.  During the song it played clips of his asking her and their relationship which had the crowd cheering.  I loved how the concert was interactive and gave us an insight into his life and an insight into his music making.

One of the high lights of the show was when he picked a girl out of the crowd and had her come up and sit in a chair while he sang his song “For Her” to her and the crowd.  This lucky fan will have a memory that will last a lifetime thanks to Chris and you could see it in her smile that she loved every minute of it.  For his encore performance Chris came out with the backdrop telling Salt Lake City how he appreciated us. But he had been waiting for this moment (the end of the show/tour) all night and then he launched into his hit song “I Don’t Know About You” which sent a cheer throughout the building.  I didn’t think this performance could be topped. That was until he called Gabby Barrett back out to sing “Take Back Home Girl” with him.

After the song was over his band kept playing while Chris walked around at the bottom of the stage signing autographs and taking pictures.  Fans lined up with shirts and hats to get signed and he stayed there making sure all of the fans got their pictures and autographs.  It was definitely a concert to remember.