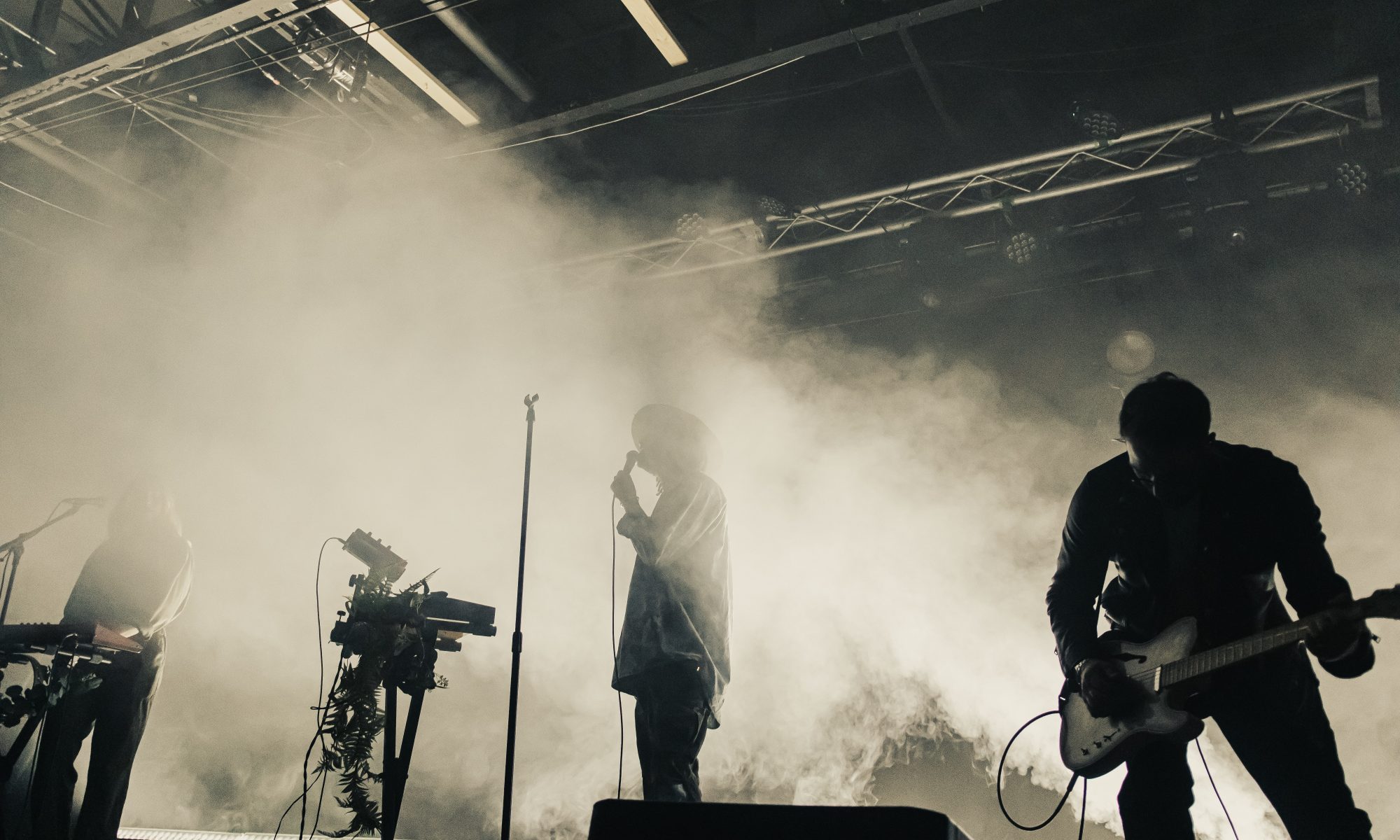 I had no idea what to expect when I was headed to Metro Music Hall to cover the band Chiiild. For one, I had never been to the venue and for two, I had never heard Chiiild’s music before, so it was bound to be a night of surprises! Once I got in I was astounded by how cool and hip the venue was. It was a bar, so 21 and over only, and it had some really cool vibes going on! In the back was a merch booth set up for the bands, along one side was a huge bar area with bottles and bottles along the wall and along the other side was a good amount of nice, private booths that were elevated off the ground. Towards the front of the room was a large stage. I was very taken aback by the venue. I thought it was really cool.

So as I’m waiting by the stage for Chiiild to go on, I notice the venue getting busier and busier. At first, a couple of other people and I were the only ones standing in front of the stage, but as it got closer to showtime, there was a whole crowd. The lights started to flash and the fog machine went off, and soon enough after that, Chiiild walked on the stage.

Chiiild is absolutely amazing! Their mellow and groovy vibes really had the whole crowd dancing and feeling so good! “Synthetic Soul” is how they describe themselves. I honestly am so happy I covered this show because their music is absolutely beautiful, their sound is magical, especially when the violin bits enter the songs. As I was photographing I was really feeling the good energy coming from the band.

I was so excited thinking to myself, “I’m gonna go home and stream all their music,” but they announced on stage that they only have two songs out and most of what they played is unreleased! I need the album to drop ASAP because I’ve had their two songs, “Count Me Out” and “Back to Life” on repeat. And those are the only two songs on streaming platforms, I want more! And so do other SLC concertgoers who were there that night because Chiiild was vibing with the whole crowd. Lots of people were on the dance floor, drinks in their hands, jammin it out and swaying. Their music really did speak to my soul.

As I said earlier, the venue was cool, I just think they need to not go too crazy with the fog machine. It was going off the whole show and it looks cool in person but my camera can’t capture that in the best way! Either way though, it was an awesome reformable and I’m excited to see them blow up. What a refreshing sound they have.