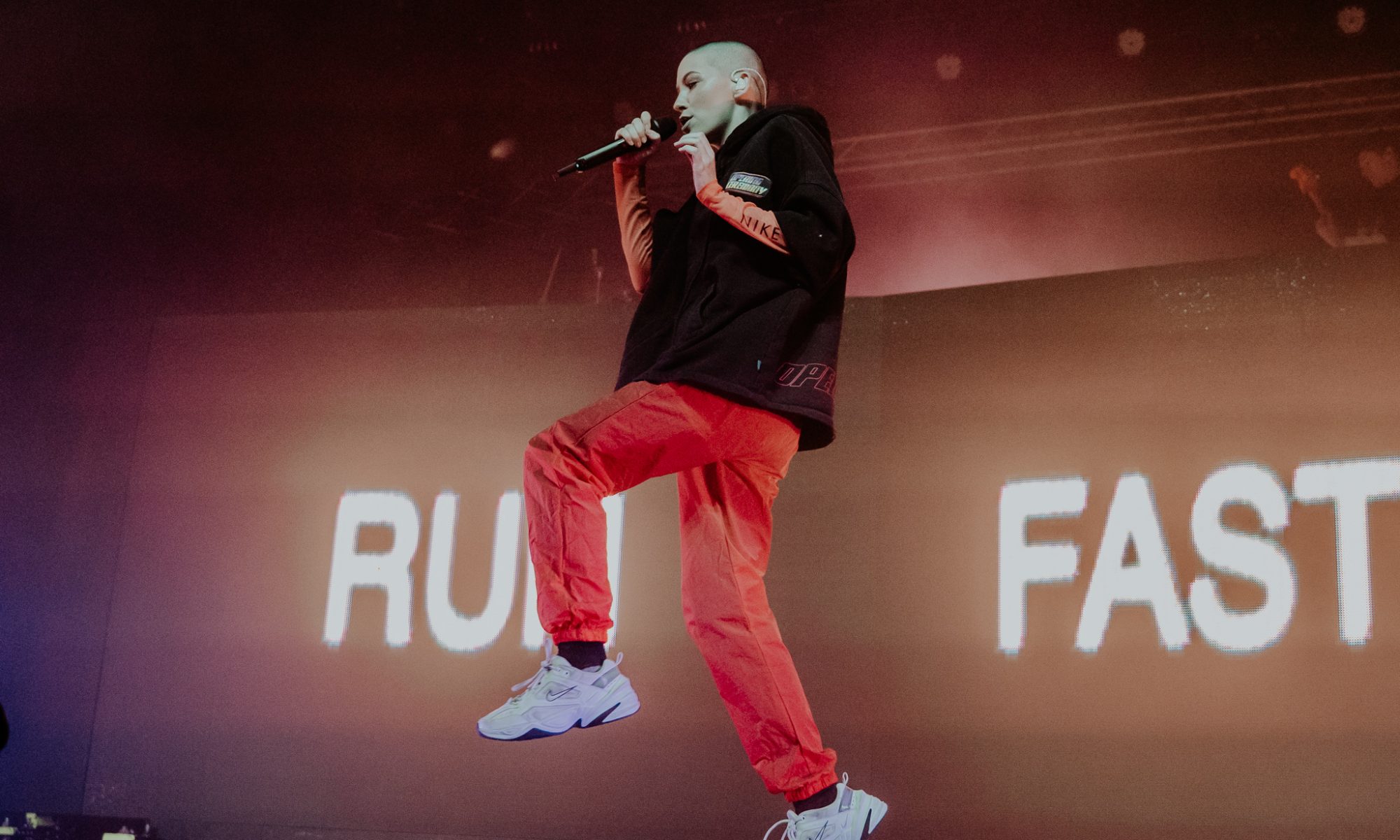 Friday night at the Complex was a special one. Not only was the lineup packed with incredible female talent, but the headliner, Bishop Briggs, released her new album “Champion” that same day. Joined by Jax Anderson and Miya Folick, the lineup screamed confidence, empowerment, and powerhouse vocals. A night to remember.

Jax Anderson kicked things off with a high energy performance that had the crowd buzzing. She played both classics like “Monster” as well as new music like “Scared to Death”. As she danced her way across the stage, she had the crowd getting low, jumping high, and moving their hips minutes into the set. Not only did she command the stage, but she had an incredible voice to accompany that fierceness and energy.

Miya Folick took the stage next and her eery, angelic voice echoed into the audience. There was a strong theme to the night – female empowerment and inclusivity. Halfway through her set Miya paused to stress the importance of relationships. “Hanging out with people and forging relationships is the only way as a human species that we’ll be saved,” she said, “Friendship is political. Talk to people you don’t understand. As an adult friendship was difficult for me. That’s what this song is about. It’s a pop song but to me, it’s really important for people to not feel isolated or alone. That’s where bitterness and anger grows. This is called ‘Let’s Hang Out’.”

As the opening sets wrapped up, the stage was cleared and all that was left were two large screens. As the lights darkened, an eight-minute countdown began on the screens and the audience screamed with excitement. The anticipation built as the time went down and the crowd yelled, “10, 9, 8, 7….3,2,1” as the screens flickered and the intro to “Champion” began. Out of the darkness, Bishop Briggs ran onto the stage. “Was feeling so weak, but baby I’m strong, little did I know, I’m a champion” echoed throughout the audience. The theme of the night continued as the alt-pop singer commanded the stage.

“Wild Horses” began and Briggs ran circles around the stage. Her energy was hard to match, but the crowd did a great job trying. “I was so excited to come to Salt Lake City,” she told the audience, “the album is out today, have you heard it?” From the volume of the screams that answered, it was clear that most people had. “I hope you like it…” You could see the emotion across her face. Overwhelmed by the excitement of the audience. It was a really special night. Both for her and for her fans. The new album “Champion” delivers powerful vocals as well as vulnerable, honest lyrics. In a ‘phoenix-rising-from-the-ashes’ style, the album covers heartbreak, loneliness, and finding confidence in herself. For anyone struggling through a breakup, this is the album to listen to. Some tracks will have you in tears, while others will having dancing confidently around your living room. “This next one is called “JEKYLL & HIDE”, she said quietly and the audience screamed louder than they had all night. “Does that mean you know it?” she laughed. The crowd waved their hands back and forth as Bishop eerily danced around the stage.

“White Flag” was next, followed by what she called “an emo dream of [hers]”. A combination of Twenty One Pilots “Stressed Out”, Panic! at the Disco “I Write Sins not Tragedies”, and My Chemical Romance “Welcome to the Black Parade” blended together into a fun, unique cover. Then she asked the audience to take out their phone lights as she sat on a stool and sang an acoustic version of “Dream”. The crowd clapped along to “Tattooed on My Heart” from the new album and “The Way I Do” from her original EP. The harrowing, vulnerable “Someone Else” followed. Emotions ran high as Briggs sang out “all I wanna do is be alone, write a song, by myself [….] be someone else” and you could tell she was fighting back tears.

There was a sense of innocence and relatability to Briggs that contrasted the fierceness and energy she brought while singing. She was an incredible performer, but it was the moments in between that allowed us to truly see her for her. She would pause. Her posture would change in between each song. She would smile wide towards the crowd as they chanted her name. Almost as if she couldn’t believe that everyone was there to support her, but damn happy they were. She continuously thanked the crowd. She was vulnerable and relatable. Excited and overcome with emotion. Human. She was entirely herself. And soon the music would start again and she’d run and dance in circles across the stage with strength and confidence.

“Hi-Lo (Hollow)” had her doing just that. As the beat dropped she danced across the stage as the crowd danced along with her. “Baby” brought the tempo back up and wrapped up the set. “You guys are the loudest crowd we’ve had on tour,” she told the audience, “thank you so much, this is so cool!”. The crowd cheered loudly for her to come back and soon enough she was back on stage smiling. She started the encore with “My Shine” from the new album, calling it “kind of like one big swear word” towards every ex-boyfriend she’s had. Then, it was time. The intro to “River” began and the crowd cheered, jumped, and danced. As we walked out of the venue the crowd was still buzzing. A gentleman next to me told his partner “I want to see her again… it wasn’t enough!”. I agree. I didn’t want the night to end. I can’t wait to see her perform again. And for now, you’ll find me listening to the album “Champion” on repeat.