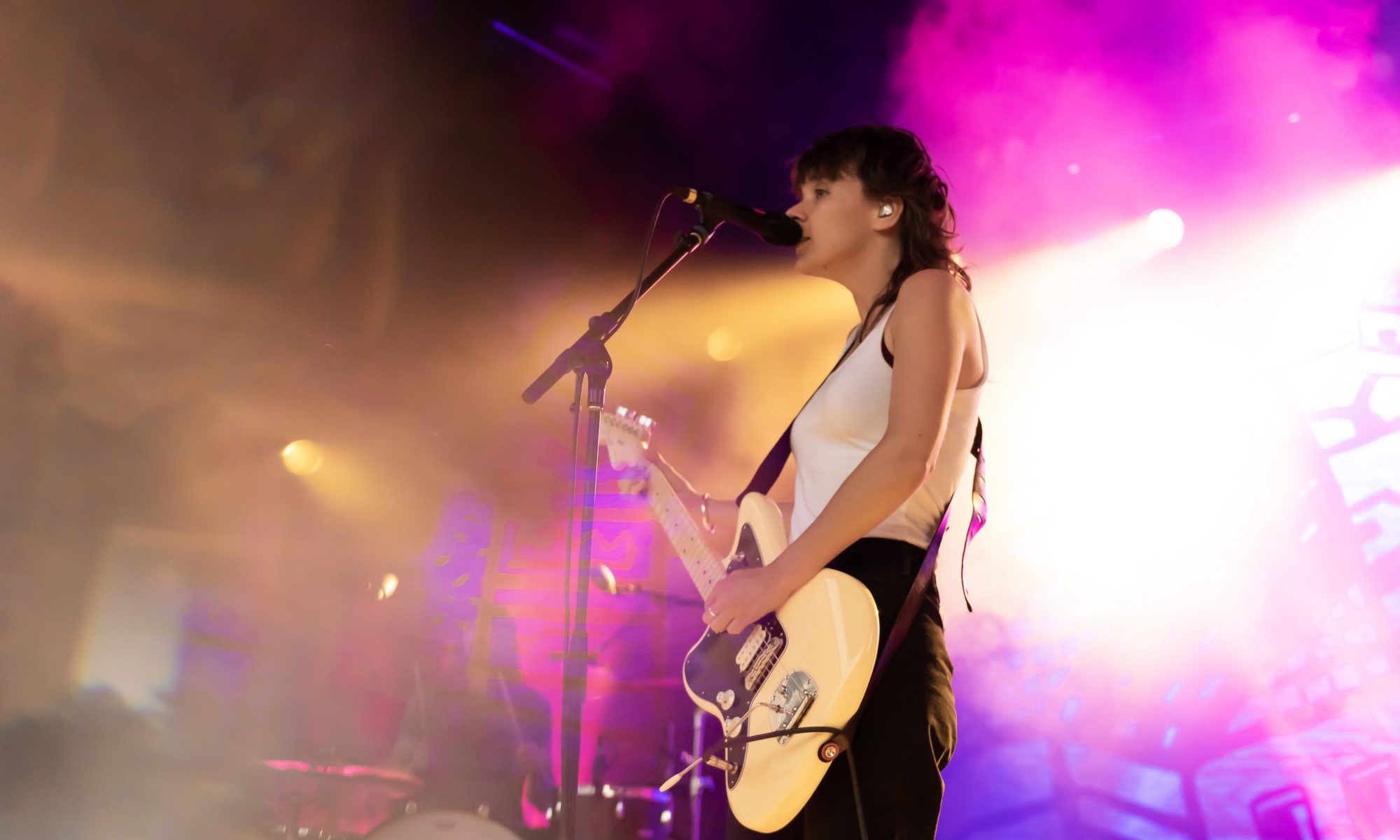 Wow, Courtney Barnett can put on a show! Last Thursday’s Twilight Series was quite the concert, with a great lineup and a large turnout. Things kicked off with Salt Lake City’s very own Choir Boy. How I have never heard of them before surprised me, because they seem to have a very large following here in Utah. Their music and performance gave me some serious 80’s electronic, synth vibes and I absolutely loved it! It was fun to watch them on stage, dance along to their music and really get in the groove of things. They’re super stylish too. I was very impressed with them and added a new band to check out on my list!

Next up was Snail Mail and again, even though I hadn’t heard any of their stuff prior, I was loving everything I was hearing. Lindsay Johnson may be small but her passion comes off as enormous. You could tell she is super passionate about her music when she was performing. She brought her all to the stage and it was great seeing her jam out. A lot of the crowd knew every song and would yell “I love you’s” to the stage. The colors and display in the background were super cool, playing along to the music. By this time, the crowd was already pretty large. The lawn area was filled with people sitting on blankets and chairs and standing as well. Towards the front of the stage, it was packed.

Courtney Barnett came on and The Gallivan Center filled with screams! The second she walked on stage, fans behind me, who were pressed up against the barricade started freaking out, and once she started playing, the crowd started jumping. Barnett knows exactly what she is doing on stage. She gives off a confident and strong stage presence that was very awesome to watch. Her style of singing is amazing and I can see why there was such a huge turnout. She’s a true rockstar. The way she rocks out on stage, throwing and swinging her guitar and jumping around is so sick! The tricks she would do we’re very entertaining to watch. Her sound is very indie/alternative/psychedelic rock and just put everyone in a great mood. At one point she came towards the edge of the stage and people were pressing up against the barricade as much as they could, extending their arms out reaching for her! I looked around and the crowd was filled with fans nodding their heads with their eyes closed, getting lost in the music, to people who were singing every word passionately while dancing in place. Others just had huge smiles as they watched one of their favorite artists perform. Long time fan Anne Olsen, 24, said, “I’ve been a fan of Courtney Barnett for years and finally getting to see her at the Gallivan Center was amazing! She was incredible live and the setlist was the perfect mix of throwbacks and tracks off the new album.” It really was a great setlist! I really liked it when she would walk up to her bandmates and jam right next to them, bouncing energy off of each other. The lights and fog that was going off on stage was very cool and did an excellent job at helping set the mood for the show! People don’t often realize how important those things are and how much they add to a concert. The Gallivan Center’s acoustics are amazing and once again is just the perfect place for the Twilight Concert Series. Courtney Barnett’s show brought out tons and tons of people, and even all the way in the back, fans were singing their hearts and soul out. Barnett is a rockstar and she put on one hell of a show.