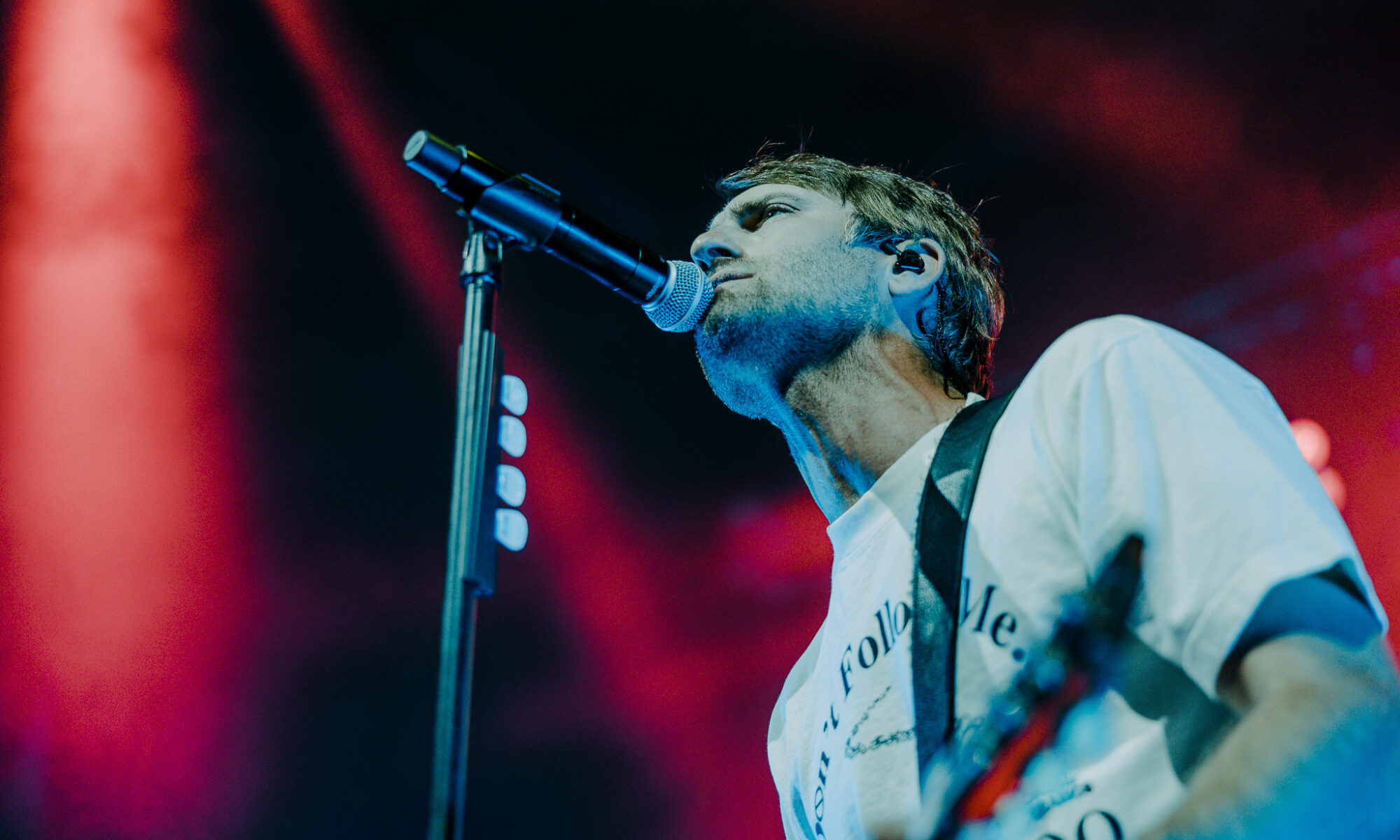 As I pulled up to the venue there was already a very massive line. People seemed very excited to hear not only Ryan Hurd but also Morgan Wade. I was able to speak to one man from Denver. He claimed to have flown into town specifically to watch Morgan Wade. He told me about a concert she was a part of in Denver that was much more expensive than the $22 entry fee in Salt Lake. He was able to get a flight and hotel along with the ticket and still manage to save money.

There was more than just the one man I talked to who were taking advantage of such a cheap price for two artists. They’ll definitely have a higher price tag in the future. Although you did have to be 21 or older to enter The Depot, there was plenty of diversity in the ages of people attending the show.

Just 45 minutes after doors opened, Morgan Wade took the stage. She received a loud applause as she walked out. Although typical for the crowd to be excited for the show to start, it seemed louder than usual for an opening set. Morgan was very engaged with the crowd. She even announced to the crowd that her first visit to Utah was successful due to a visit to Dave and Busters the night before.

With a very exciting show taking place, the band behind Morgan Wade was really bringing the performance to a new level. The guitarists were leaning over the stage and getting closer to the crowd as they played solos. Even when it seemed like a short moment in the song. Morgan was smiling for much of her set and seemed to be loving the opportunity to sing for us. As she neared the end of her performance, she began to close the show with her most popular song “Take Me Away”. The venue was very excited throughout the whole song. I could tell most people in the room knew every word. She was able to captivate the audience with a well-deserved applause following her last song.

The Depot was perfect for both artists. I do expect them both to play bigger venues in the near future. However, this concert was executed perfectly. The switch between the two sets was very smooth and quick. I noticed many of the venue employees making sure everyone had trashcans nearby for beer cans and other trash. It helped keep the room very clean all night. The sound and lighting were very good and added a lot of depth to the show. The security was very friendly with all in attendance and ensured everyone was safe. The Depot is a little smaller than other venues I have visited, but the use of the space they do have is very impressive.

I enjoyed the level of the stage being lower to the ground in order to bring the artist up closer to the crowd. I also appreciate the deck seating on the top floor. It gives fans a chance to sit down without having to go to the back of the venue and miss the show.

At about 9:30, Ryan Hurd began his set. I loved seeing him use his guitar as a prop to add emotion to each song he sang. From the very start, he was swinging it and strumming as if he was a rock star. I have not attended a lot of country events, but I loved seeing such high energy and emotion from Ryan. He also was able to make sure everyone felt included in his performance by asking the crowd to sing along to specific parts of each song. He seemed to have a routine for making sure he didn’t lose anyone’s attention.

When singing his hit song “Chasing After You” I was able to see a young fan next to me have tears rolling down her face as she sang each word. It is always a good sign for an artist to see their audience engaging in a song this way. I was very impressed with the impact his music seemed to have on his fans. Briefly mentioning his wife, Maren Morris, he also was excited to talk about his son, Hayes. With his wife also being a successful country artist, it was fun to enjoy songs they typically sing together.

Overall I would highly recommend Ryan Hurd in concert. I would also encourage a visit to The Depot in downtown Salt Lake City. The staff are very kind and provide an easy concert experience. Ryan bringing Morgan Wade along is a bonus element of fun. Morgan is an incredible performer and a great artist. It was a very wholesome and friendly environment. That is often a fear of many concertgoers. The respect among country fans seems to always be very impressive. Ryan Hurd performs his music with so much passion and happiness. I wish there were words to describe the energy he gives off, but you might have to just find him in concert the next chance you get.