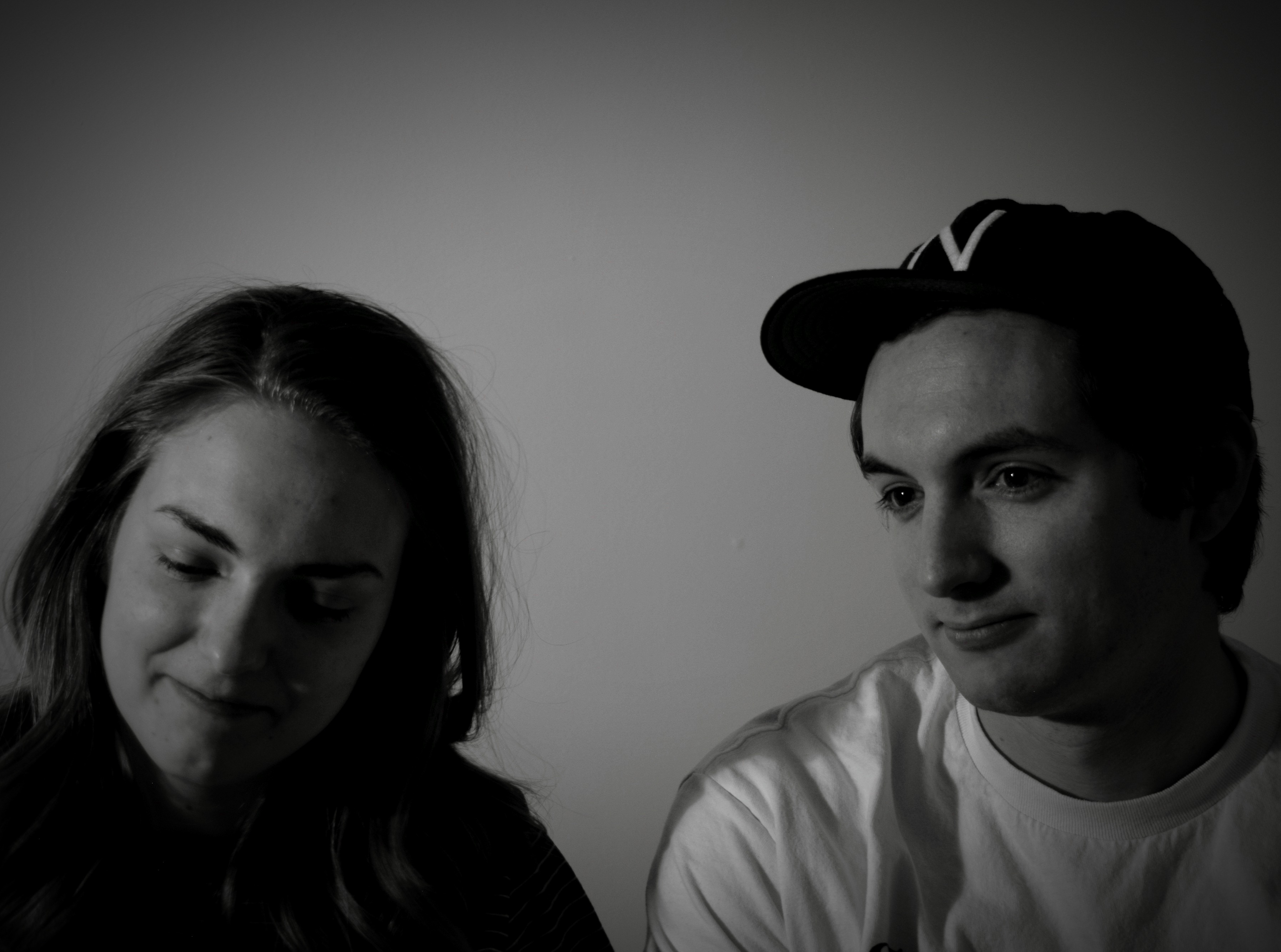 Sister Adolescent will be performing at this weekend’s Les Femmes de Velour on Friday night.  I had the opportunity to speak with Trevor Free, the brother of the brother sister duo.  Here’s our conversation.

Utah Concert Review: How did you get into music and then form a band with your sister?

Trevor Free:  So this particular band Sister Adolescent started almost three years ago.  It was just me and my sister. It was just an acoustic type thing, but I started to realize that, just how the songs were, it just didn’t feel right.  That style didn’t fit my vision with the songs.  So we changed things up and added guitars, keyboards, and beats.  Then it turned into what it is today.  So originally it was just my sister and me making the music and performing. Like, we did a show where it was her singing and just me on my laptop.  Which doesn’t make for a great live show we found out.  So we added our drummer Seth Ringger, who we literally just met by happenstance.  We posted on Facebook that we needed a drummer and a friend referred him to us.  So I sent him a message and he came to my house and he didn’t know any of us.  So I was just like ‘Hey if you hate this you can go.’  But he was actually like, “No I actually think this is ok.”  So he stuck around and he’s in our band now.  For a while, it was just a three piece but we all realized that we needed more for it to feel, and look, and sound like what we wanted to sound like.  Because we had a lot coming through backtracks and it just wasn’t a compelling live experience.  So we added Dave Reynolds who was playing bass with us for a while.  He’s currently away studying abroad in Greece.  This last year we added Matt on the Bass, Dave switched to guitar and when he left we brought Ethan on.  So a lot of musical chairs so to speak with our band members.

UCR:  How did you get involved with Les Femmes De Velour?

TF:  I’ve known Corey Fox (Owner of Velour) for a while now.  I grew up in this area, so even in high school, I was in bands that were playing Velour.  So recently we played there at the “Battle of the Bands”.  And we won our night and ended up playing in the finals.  I think the judges were kind of impressed with our set, and I think Corey liked it too.  So we had pretty good feedback and we were talking to Corey about playing other shows.  We’re actually going to play a release show for our album that comes out next month. So he just reached out to me and asked if we wanted to play the event.  I’ve always followed Les Femmes over the years and have felt that it was an amazing an important event, so when he reached out I was obviously excited.

UCR: See that’s the thing I love about Velour.  Not only is it one of my favorite venues to see a show, but it’s in a place where people who grew up here, like you, can see shows, then be in shows, then win your night at “Battle of the Bands”, then be asked to be part of this event.  It seems like a great place to receive a musical education in that way.

TF:  Yeah!  As far as winning that night, yeah we actually won!  I never thought anything like that would actually happen.  It’s been really cool growing up in this area.  Really admiring the people that are playing in these shows, and then getting to actually play in them, it’s kind of a dream come true really.  And the support Velour provides local artists, to how great Corey and Kaneischa are, it’s just really encouraging to grow up in a place like Utah, to have a place where you can go and connect, and be in shows that have been curated, where you can play with other like-minded artists and grow as a collective community.  Velour is a great place!

UCR:  Do you remember the first concert you ever attended?

TF:  So my cousin.  Well, I don’t know if he’s directly my cousin, but he’s in No Doubt, so when I was 6 or 7 my parents took me to see No Doubt.  I just remember thinking it was the coolest thing.  And also, just bragging to my friends that I got to go to some concert, and the fact that I got to stay up past my bedtime.  That was pretty cool.

UCR: Now do you remember your first time performing live?

TF:  Yeah, I think so. It was this one show.  I don’t know if you could really call them shows.  But we got to play in the commons area of the school.  It was kinda cool because the commons area had all these step platforms.  So all of us were standing on different steps and playing like we were The Beatles or something.  So yeah that was the first time I played live.  I’m sure it was terrible.  But it was fun.

UCR:  I have to say though, that’s pretty innovative for first time performers to decide to be on different steps like that.

TF:  Oh yeah, so, we weren’t any good I don’t think, but we had choreographed guitar moves.  Yeah, it was pretty good.  We were all in the performance.  Not in the actual music.  But we were very interesting performers for sure.

UCR:  Do you have a concert that you performed in that you would say was your very best?

TF:  I don’t have a particular experience.  But I will say that there is something amazing about, especially at Velour, about playing at these live shows.  There are a ton of people there, and because they’re curated, there are artists there that are similar to you, and playing a song that you’ve written and produced, and hearing people be receptive to that and actually really like it, and being into it, that’s really cool.  I think the moment where you get people to like your music and it’s not just your mom telling you, you know, sweet lies, and identifying with it, is just really nice and what I think it’s all about.  You hope to make art that people want to be connected to and to say something to that person.  Seeing that translate from the initial thought to performing in a live setting and hearing people be receptive to it is kind of a magical thing.

See Sister Adolescent tonight (February 23) at Velour in Provo.    And be sure to be at Velour for their album release on March 17th!