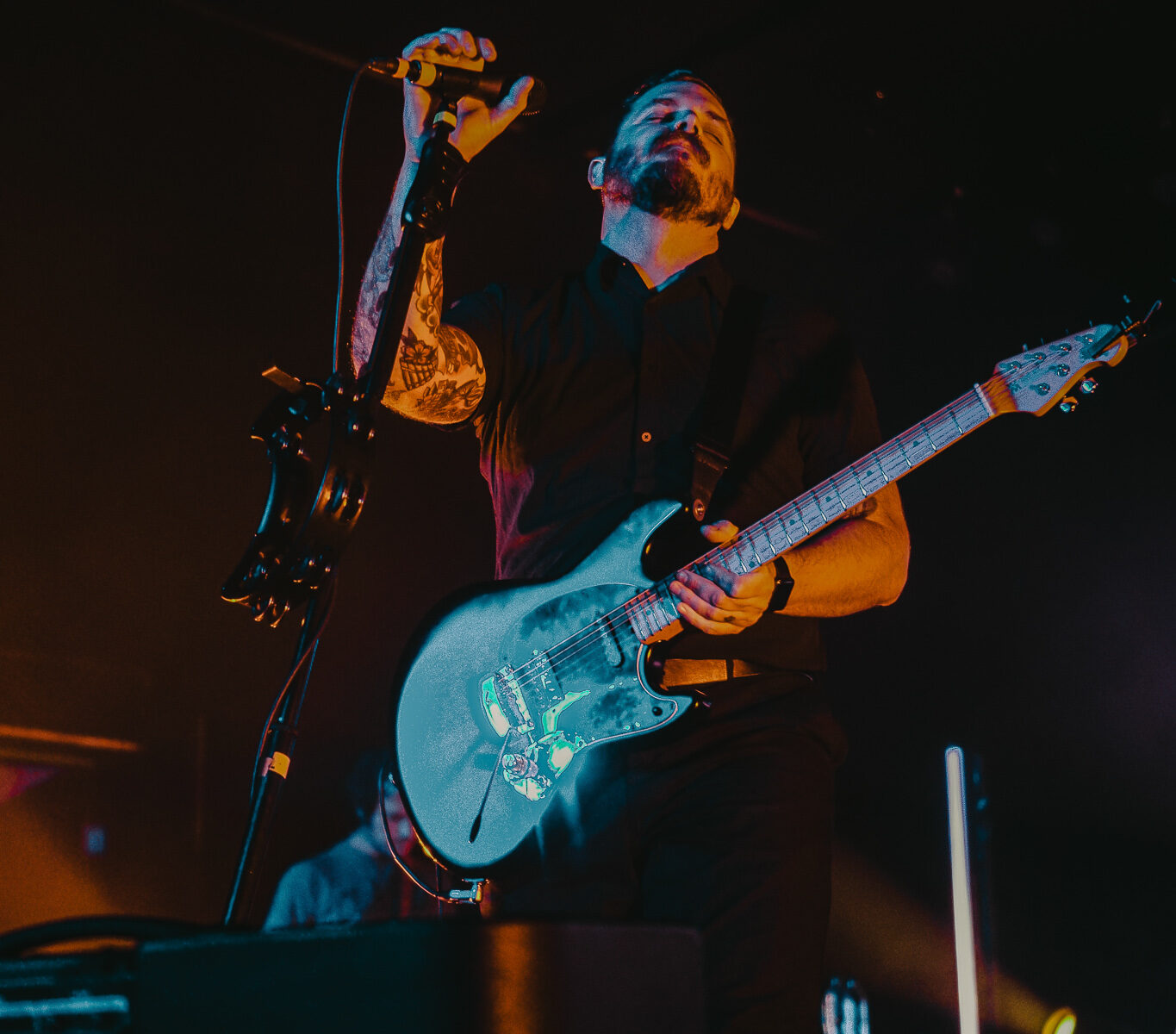 Thrice just released their latest album, Horizons/East. Shortly after the release, they hopped on tour with Touché Amore and Self Defense Family. They made a stop in Salt Lake City this October 21st at the Union Event Center.

The show started right at 7 o’clock with Self Defense Family taking the stage. They are pretty Post-Punk and are a unique style of music. They had a shorter set but still had great interaction with the crowd. The lead vocalist, Patrick Kildon was full of emotion. He was using his arms, and so much body language to help portray how he was feeling while performing their set. Pat also took some time to thank the crowd for coming out early to see their set. He explained how he will never understand how interesting Salt Lake City is. They played one of their top songs, ‘Rest in Peace for the Error Shall Not Be Repeated’, and closed out their set after just maybe 5-6 songs.

Up next was Touché Amore, who I was most excited to see. They did not disappoint anyone. Just with their first song their energy was high. The frontman was going from the edge of the stage to the other side of the stage. Touché Amore are Post-Hardcore. On a side note, Self Defence Family is on the EP with Touché Amore from 2015.  I thought it was cool that they are touring together. They played many fan-favorite songs including “Limelight” and “Flowers and you”. The whole set they had the crowd shouting lyrics back at them, word for word. Lead Vocalist Jeremy Bolm would hold the mic out to the crowd for them to sing back into it. They definitely got the crowd ready for headliner, Thrice.

As they were getting the stage ready for Thrice, the crowd gained more bodies. It was a full house. The set time for Thrice was 8:30, which is pretty early for a headlining band to go on, but hey I was not going to complain about an early ending night. They ended up coming on around 8:40 and the crowd was ready. With the blue lights glowing, they all made their way on stage.

One of their first songs was “The Artist in the Ambulance”. I’m a big fan when bands play one of their biggest hits at the beginning instead of holding off to close with it. Before that hit, they started off with “The Color Of the Sky”, and “Scavengers”. Following, they also played “Black Honey”. They started the night with a handful of my personal favorites.

Thrice has been around for about 20 years and has re-created their sound and we are loving it. The crowd was so attached to the band. They played a good handful of songs from their latest album, but also supplied us with older songs from their previous album. Everyone was satisfied. Dustin Kensrue’s vocals and lyrics were soothing to everyone. Full of meaning, they have a heavy medium sound, and one of my favorite Post Hardcore, Post Rock Bands. They show their emotions, empathy,  and aggression with their performance.

Thrice had the full attention of everyone in the venue. They are one of those bands that is just as incredible live as they are on their recordings on streaming platforms. Even when they took a hiatus a while back, they came back stronger than ever, ever since that moment. As the night ended, Thrice did play an encore of 2 songs, “Beyond The Pines” and “Anthology” which is what everyone was wanting to end the night with.

The night closed out with a hefty merch line, trying to get some of the new designs the bands have had on tour. This lineup is one for the books. If you have not seen any of these bands live, I highly recommend you see them on this tour.