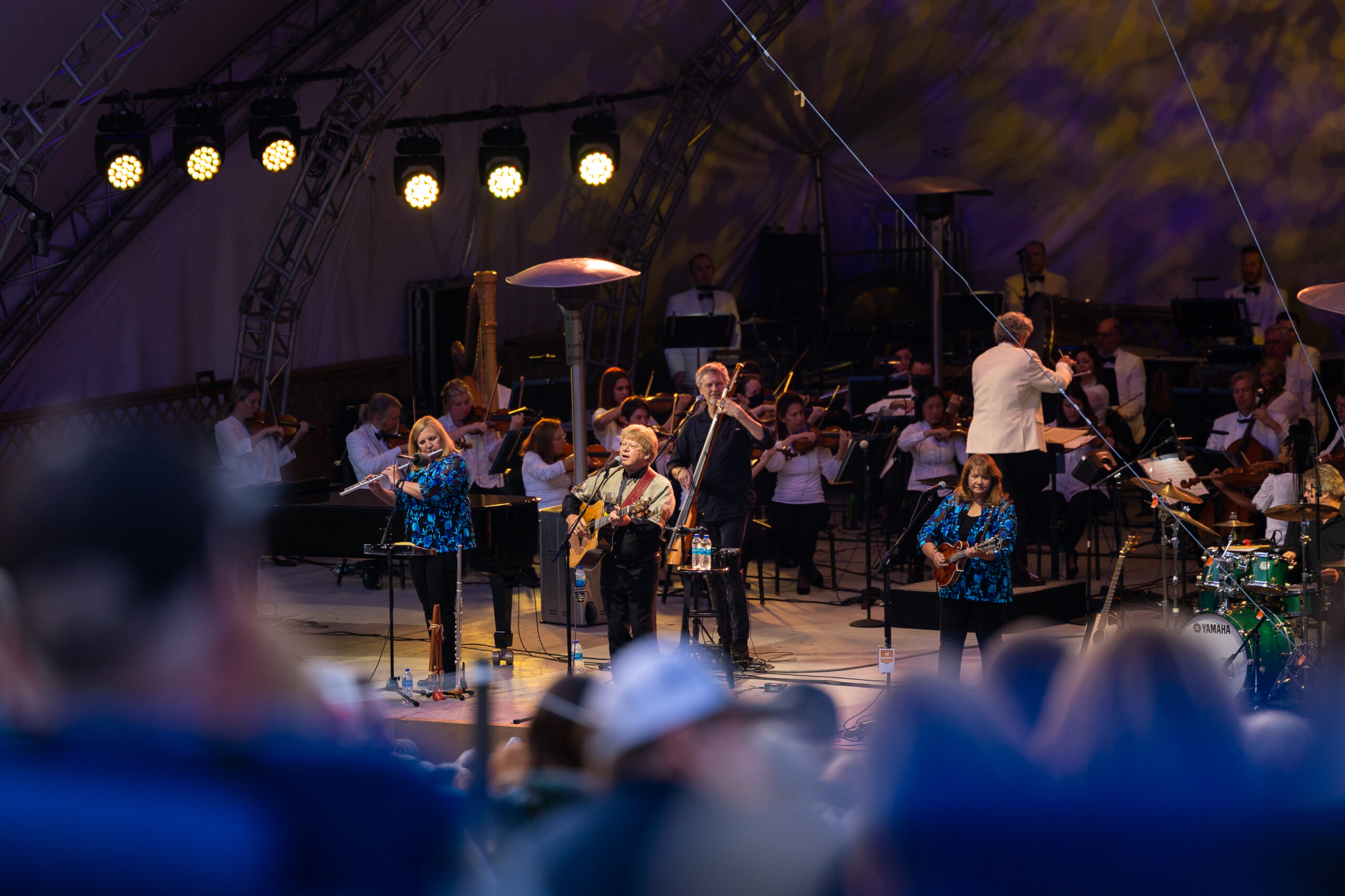 Have you ever had this conversation with your music buddies? “What musician that has passed away do you wish you could have seen in concert?”. I’ve had that conversation many times and the names vary. The popular ones are usually, Freddie Mercury, Hendrix, Janis Joplin, Michael Jackson, and sometimes Tupac and Biggie. While a couple of them are still living, The Beatles get mentioned a lot too. I can’t say that I wouldn’t love to see those artists as well because I would. But the name that is very high on my list and the name I usually bring up is, John Denver.

The response is always mixed. Some people say, “Really? I hadn’t thought of him”. Or they’ll quote the great line from Dumb and Dumber, “That John Denver’s full of $h*t!”. But more often than not I’ll get, “Oh yeah, he’d be awesome! I love that guy!”

I really love John Denver’s music. It really bums me out that I never got to see him live. I was introduced to him on the Muppet Show as a kid. We listened to his Christmas albums growing up. When I moved to West Virginia, my mom bought me John Denver’s Greatest Hits so I could listen to “Country Roads”. John Denver’s music is a huge part of my youth. I had always planned on seeing him at some point. But due to his untimely death due to a plane crash, the opportunity never came to be.

The Music of John Denver at Deer Valley

When I heard that the Utah Symphony was going to be doing a concert of “The Music of John Denver featuring Jim Curry”, my first thought was, ‘I’m so there.” and my second was, ‘This Jim Curry guy better be good”.

If you’ve never been to a concert at Snow Park Outdoor Amphitheater at Deer Valley then you’re missing out. Don’t even worry about who’s playing. The shows are all good and the setting is incredible. The amphitheater is actually a ski slope in the wintertime. But in the summer it has a million-dollar backdrop, it’s a great escape from the summer heat, the acoustics are excellent, and the atmosphere is friendly.

Jim Curry began his set with the great “Rocky Mountain High”. There were three things I noticed right away. The audience was delighted and like me, very excited about this concert. So when Curry began with a huge John Denver hit, their faces revealed that they would be hooked for the rest of the evening.

The next thing I noticed was how much Jim Curry looked like John Denver. They look like they could be cousins or brothers even. His mannerisms, his hair, his smile, and his demeanor were very Denver-like. It didn’t hurt that he had glasses and clothes similar to what John Denver wore, but it was much more than that. I’ve seen many other tribute artists who wear the same gear as the musician they’re paying tribute to and they still don’t really look like them. Curry really does resemble John Denver.

Famous comedian, impressionist, and Saturday Night Live alum, Dana Carvey has stated that when doing his impressions he doesn’t try to look or sound exactly like the celebrity he’s impersonating, he mainly tries to capture their essence.

In my opinion that’s exactly what Jim Curry does, he completely captures John Denver’s essence. While Curry sounds more like John Denver than he doesn’t, he doesn’t seem like he’s trying to sound just like him. He just happens to sound very similar to John, but I appreciated that he sounded like himself singing these treasured songs. His voice was clear, sweet and oftentimes brought the audience to tears with its sincerity. What more can you ask for from an artist. Especially one singing the great hits of “America’s Troubador”.

I loved that this concert was with the Utah Symphony. I love this orchestra. They are so musically diverse. Two weeks prior to this concert they were playing with Kook and the Gang. They’ll soon be playing the “Overture of 1812”. And they’ll close their season playing with The Beach Boys. It’s impressive to think of all the music and style they learn over the course of a season.

The combination of the Utah Symphony and John Denver’s music is ideal because Denver himself performed with many orchestras across the world during his career. Songs like “Annie’s Song” which Jim Curry dedicated to his wife and bandmate, Anne, sharing with the audience that he had performed this song for her on their wedding day, were enhanced by the symphony. “Sunshine On My Shoulders” (Written on a rainy day in Minneapolis according to Curry), filled the mountain air with the string accompaniment was a huge highlight for me.

This was a fun audience to observe. They were so into the concert. They listened to Jim’s stories of John, couples danced together during “Annie’s Song” people would look at each other and say, “Oh I love this song.” I think I saw that happen at the beginning of every song.

One of my favorite crowd moments was when Curry played “Thank God I’m a Country Boy”. People immediately clapped along, while many others jumped to their feet and began dancing. It was clear to me that spirits were high and people were so happy to be on that ski slope listening to live music again.

Jim Curry mentioned that it can be difficult to choose the setlist for these concerts. He mentioned that John Denver had 290 recorded songs. I thought Curry did an excellent job of mixing the favorite songs people came to hear with some songs that are either lesser known or are known only to true John Denver fans. I was so happy to hear songs like, “Eagles & Horses”, “Matthew”, and “Yellowstone Coming Home” John Denver’s last known written song.

John Denver recorded the duet “Perhaps Love” with famous tenor Placido Domingo. I have to say I was surprised to hear Jim was going to perform this. But he brought excellent tenor, Isaac Hurtado onto the stage and they performed the song beautifully.

Following “I’m Sorry” Jim then stated, “Don’t worry. We do the #2 songs too.” As the intro to “Country Roads” began the audience roared and rose to their feet. People were singing, dancing, and clapping along. It was clear that people were anticipating this song and when the moment arrived they couldn’t stay seated. I loved it. It was my favorite part of the show. I have to hand it to Jim Curry. He played that perfectly. He set the audience up perfectly and then totally delivered when he ultimately played “Country Roads”. When the song was over Curry, his band, and the Utah Symphony received their largest and longest ovation of the evening. It was well deserved.

The main set ended with the upbeat and colorful song “Calypso”. A song Denver wrote while he was on a ship with legendary ocean explorer Jacque Cousteau. Instead of leaving the stage Jim Curry simply asked, “Would you like to one more?”

The night finished with “Poems, Prayers and Promises”. This is another favorite of mine and a song John Denver concluded many of his concerts with. It was a beautiful way to complete a beautiful evening. Listening to the music of John Denver in the middle of the mountains with this accomplished band and this exceptional orchestra is a summer night I wish for everyone. If you ever get the chance to “hang around” with Jim Curry as he plays the music of the great John Denver, I highly recommend it.