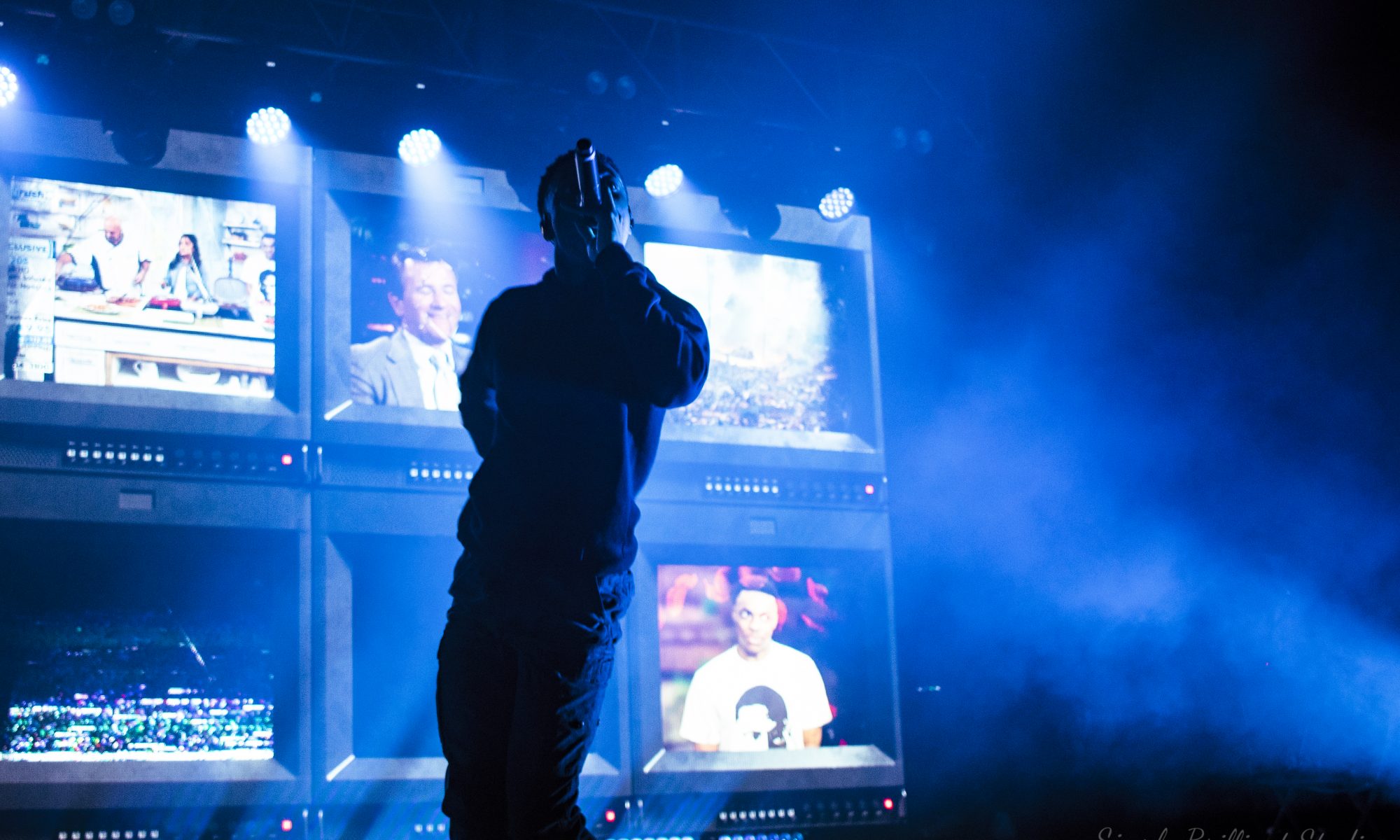 Doors opened at 6 and fans who had lined up down the block began to eagerly fill in. A DJ played some tunes as people began to come in and then the music started off with rapper Concise Kilgore. Concise came out rocking some swim trunks and a rad bucket hat. While the fans may not have known of him before this night they certainly will after. Concise was a perfect opener, engaged the crowd and had everyone rocking with his flow. Although the crowd didn’t know many of his songs they seemed to really enjoy him. It was a nice energy to start the night. He also brought out his friend Rugby Wild to do a few songs and Rugby just added to the energy by bringing a wavy beat but great lyrical bars. After Rugby’s two songs Concise came back on and got the crowd hyped to his song that he is most known for “Octopussy Tentacle ft Action Bronson.” Many in the audience knew this song and as his closing song, they were loving it. With everyone moshing and having a good time I knew that this was going to be a good energy concert.

Next to perform was emerging female artist Leikeli 47. She came out with an explosive appearance donning a pink mask so you couldn’t see much of her face but could tell she was having a good time. The crowd roared with enthusiasm as she began her high energy tracks. Her technical rap skill was really impressive as she spit her bars at a high speed all while engaging the fans. This was her first time in Salt Lake and mentioned a few times that she was amazed by all the beautiful people. “I’m just here to warm up the stage for Vince so I hope I’m doing a good job!” she said in between. The crowd cheered their approval.

Unfortunately for all in attendance, mother nature decided to cut her set short. It had begun to rain pretty hard and because of lightning and safety concerns, the concert was delayed. I had expected many people to leave but surprisingly the majority of fans kept that high energy going. The rain could not dampen their moods, with chants of “We want Vince!” and ” F**k you lightning” fans showed their love of the music. It was really cool to see such dedicated rap fans.

After just over an hour the storm had passed and the show was cleared to start up again. At about 8:45, Vince came out to absolute madness. The fans had been thru a lot to see him. They waited through a pretty bad rainstorm to finally see Vince perform, and boy did he deliver. Vince is not only an amazing rapper but a great performer. He rapped every lyric while owning the stage to the fullest. When his third song “Big Fish” started the whole crowd was chanting the chorus “I been up late night ballin, counting up hundreds by the thousands.” Being soaking wet, and cold didn’t seem to matter, everyone loved it. Vince was extremely gracious to everyone for coming and especially sticking it out through the rain. When the show finally ended everyone was buzzing. Vince vowed to return to the city to make up for the shorter show (due to rain). If it wasn’t clear before, Thursday night was a perfect example of just how much this city loves hip hop.