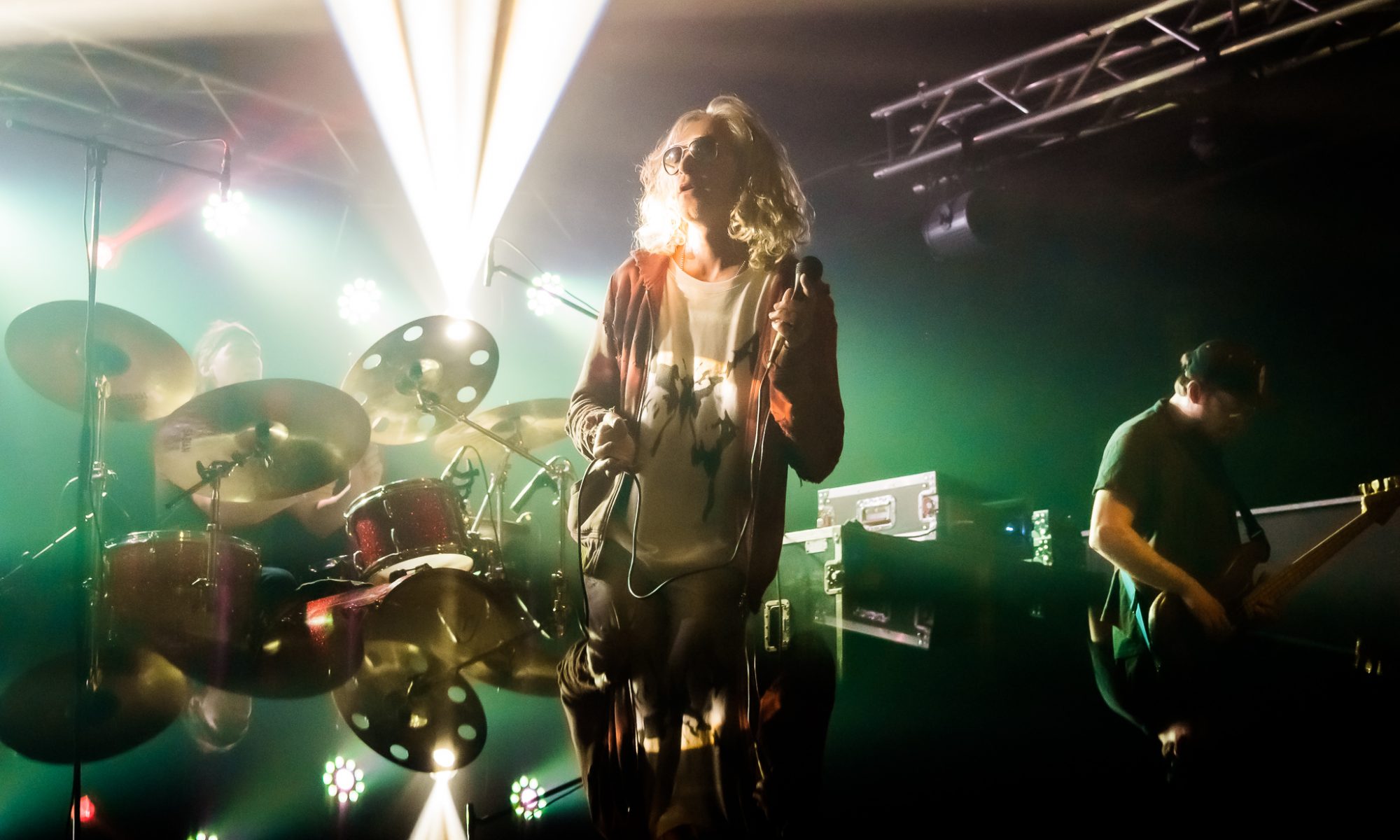 If you consider yourself a fan of jammin’ out, psychedelic distortion, instrumental breakdowns which take you on your own personal road trip within your own mind, then you were most definitely in attendance on December 1st at Soundwell to experience Matisyahu, Bedouin Soundclash and Super Bubble crawl inside the psyche and emotions of Salt Lake City. If you didn’t happen to make it, I assume you were vibin’ with another uplifting scene elsewhere and urge you to gravitate toward future tours with any of these groups as soon as universally possible

Super Bubble has always been an absolute delight every time I see them and have heard others talk about one of their performances. These Salt Lake City natives, with just their presence alone, personify “groove,” in the most toe-tappin’, hip swangin’ way possible.  It is awesome to see true talent still coming from our Utah locale, especially gentlemen such as the members of Super Bubble; the obvious passion and joy I witnessed as Brandon and Max picked beautifully through the changes and breaks was palpable and smooth as an overcast sky.  However, Tim Ouburg on the keys was my favorite that night. As the jams always came up to the breaks that simply kept coming, when my toe felt it could tap no more, Tim would bring the organ to the forefront; taking control, hammering on the two-tiered set of Roland keys before him so fervently I was sure they were going to collapse beneath him; perfect way to literally kick off the night.

Rocking from heel to toe, I watched the fog machines start to purr, populating the stage and soon the entire venue with a foreboding yet comforting haze. Bedouin Soundclash appeared within the mist tuning with as unique a sound, as their name. This power strumming, spirit riling trio picked up the rhythm within my anatomy and then jumped it off the rails with what I describe as Alternative Ska-Rock, not in genre or category, yet the emotions felt throughout. Sekou on drums and Eon, guitar in hand gave buoyance to Jay Malinowski’s voice. Fresh off their new album release this year, doing a justice no more accomplished by any other live band in history; Bedouin Soundclash composed an album, defined not by the tour promoting the album yet by how they performed it. In almost all my past reviews, I have attempted to write objectively, to change perspective for myself and hopefully encourage others to concern themselves with a vastly wider range of music, this, I found next to impossible concerning such a line-up; the talent and attitude of each group was thematic and heart rendering.

Ever since 2004, Shake Off the Dust made me, as well as the rest of the world, reconsider having a music genre define a performer. Matisyahu hit the world with “King Without a Crown” and all Sheo’l broke loose, worldwide. Matthew Miller has and continued to diversify his composition with the ingenuity developed by his own unique sounds, samples, and lyrics; tools which have produced albums that have made the collective musical community, to perhaps, listen more intently within the music, within ourselves and our emotions, before adding it to the “Lazy Sunday/ Chillin’/Relax Vibes/ Hazy Daze” playlist. You know the playlist I’m talking about, you’re probably listening to it right now… it’s okay so am I.

Salt Lake City had the rare opportunity of hosting a unique Reggae Rise Up at Soundwell for two days. The Hasidic Reggae Superstar unleashed the stupefying nature rhythm upon Salt Lake for the weekend. Just for one moment, I would like to thank our local venue proprietors, social media coordinators, content creators, writers, editors, etc. for the wonderfully diverse, underground, inclusive and uniquely powerful events, which host today’s most talented and relevant performers, in turn, giving our community not only, once in a lifetime events, once in a city’s life, events.

Explosively, he burst forth to the stage opening up with “Step out into the Light” from his latest album, Undercurrent. I should have been expecting to be blown away, being that Live at Stubbs, is seamless and original as any studio album from Matisyahu. His voice is enchanting and the setlist was perfect; every song I wanted to hear and sing along with was there, peaking the night off at an apex of effervescent style: a style which is, cultivated by an artist, using themselves as an experiment on the human condition. It is a sound until last week was alien to me; a tone between Miller’s incredible vocalizations and the key, I heard a question. It didn’t really come into a verbal form, I guess. During “No Woman, No Cry,” there was a swaying of trust and recognition within the entire venue and whatever question trying to reach my temporal nexus was answered as M.P.M. thanked Salt Lake as he and Bedouin Soundclash packed up and prepare for the next leg on their מסע מוסיקה. Until the Reggae rises up once more, will it ever.