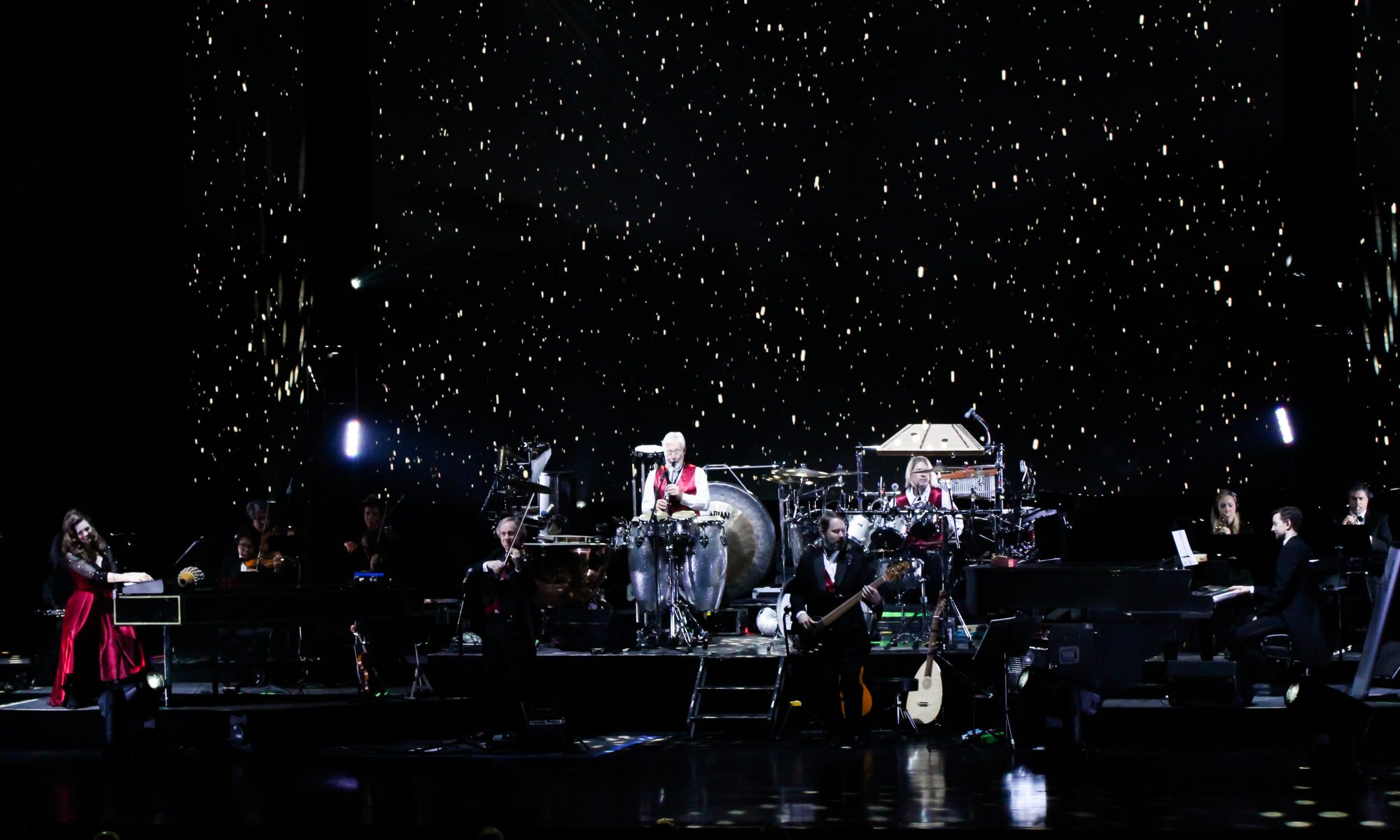 Mannheim Steamroller is what you might call a “faceless” band, meaning unless you’re a die-hard fan of the group you probably don’t know anyone in the band.  I have to admit I didn’t know who anyone was. I just know that sound. It says a lot to have a signature sound. The moment you hear Mannheim Steamroller you know it’s them.  The sound is difficult to explain. You just kind of know it when you hear it. It’s this interesting mix of new age, synth, with elements of rock and classical sprinkled in. I remember attempting to record some music with a friend and whenever we tried to work out this one synth melody line we’d always say, “We have to change that, it sounds too Mannheimy”.  We both knew exactly what that meant.

As it turns out, Mannheim Steamroller is pretty much just founder, Chip Davis.  He created the sound and then the “band” is a compilation of extremely talented musicians that tour his music.  In fact, there are two installments of Mannheim Steamroller touring this holiday season. Here in Utah, it was the Red Tour that came through town.  While I haven’t heard the Green Tour, I’m convinced we’re getting to see the better tour! Each member of this group played multiple instruments and looked like they were loving it up on that stage.  Drummer/ Percussionist, Tom Sharpe was the band member who addressed the crowd and introduced the band. Video of Chip Davis addressing the audience also appeared throughout the concert.

The show opened with an overture that featured elements of some of their most popular works.  Each time a melody line would appear I would notice a face in the crowd light up with excitement.  I was at the second of three shows that would be performed at Eccles Theater over two days. I’m never sure how a midweek matinee will go over.  While the audience consisted of mostly what I would assume were retirees their delight in the music was evident. The show moved right along with holiday classics like “Angels We Have Heard on High” and “Hark! The Herald Angels Sing”.  The first set of songs ended with a rousing rendition of “Carol of the Bells”.

During the intermission, I did a little eavesdropping on the people around me to get a sense of what they thought.  All of those within my listening ability had nothing but positive things to say about the show. Some had seen Mannheim Steamroller many times.  Others were similar to me, never having seen this concert. But they were wondering why they hadn’t gone before, finding the show “delightful”.

The second half of the show began with a video of Chip Davis telling us that the group would be playing the debut album,  Mannheim Steamroller Christmas in its entirety.  This drew a loud applause from the audience.  And while Chip wasn’t there to hear it, I was happy that the performers were able to hear how excited the audience was for what was to come.  Then Mannheim Steamroller began what I would say is their most recognizable song, their arrangement of “Deck the Halls”. When the first noticeable melody line was played the audience erupted.  As I looked around during this song, I could see just how much people loved it. People were feeling “Deck the Halls” by Mannheim Steamroller.

Another video of Davis appeared to tell us that much of the Christmas music we enjoy comes from the Renaissance.  Mannheim Steamroller then proceeded to play music in that style while showing video in the background of dancing and a king’s court from that era.  It was cool to hear some of those songs in the style they were written. The night ended with a beautiful arrangement of Stille Nacht (Silent Night).

I don’t know that I ever thought I’d be seeing Mannheim Steamroller in concert.   But I’m glad I did because I was so curious to see how they created the music they make.  I always thought it was a bunch of synthesizers and keyboards but it turns out it’s pretty much all live instruments.  There is some synth in the music, but they play everything from harpsichord to the lute. The ability of these musicians creates the sound you hear when you listen to Mannheim Steamroller.  It really is something to see it all come together live.

Aire on a G String (Overture)

Catching Snowflakes on Your Tongue

Angels We Have Heard On High

Carol of the Bells

Carol of the Birds