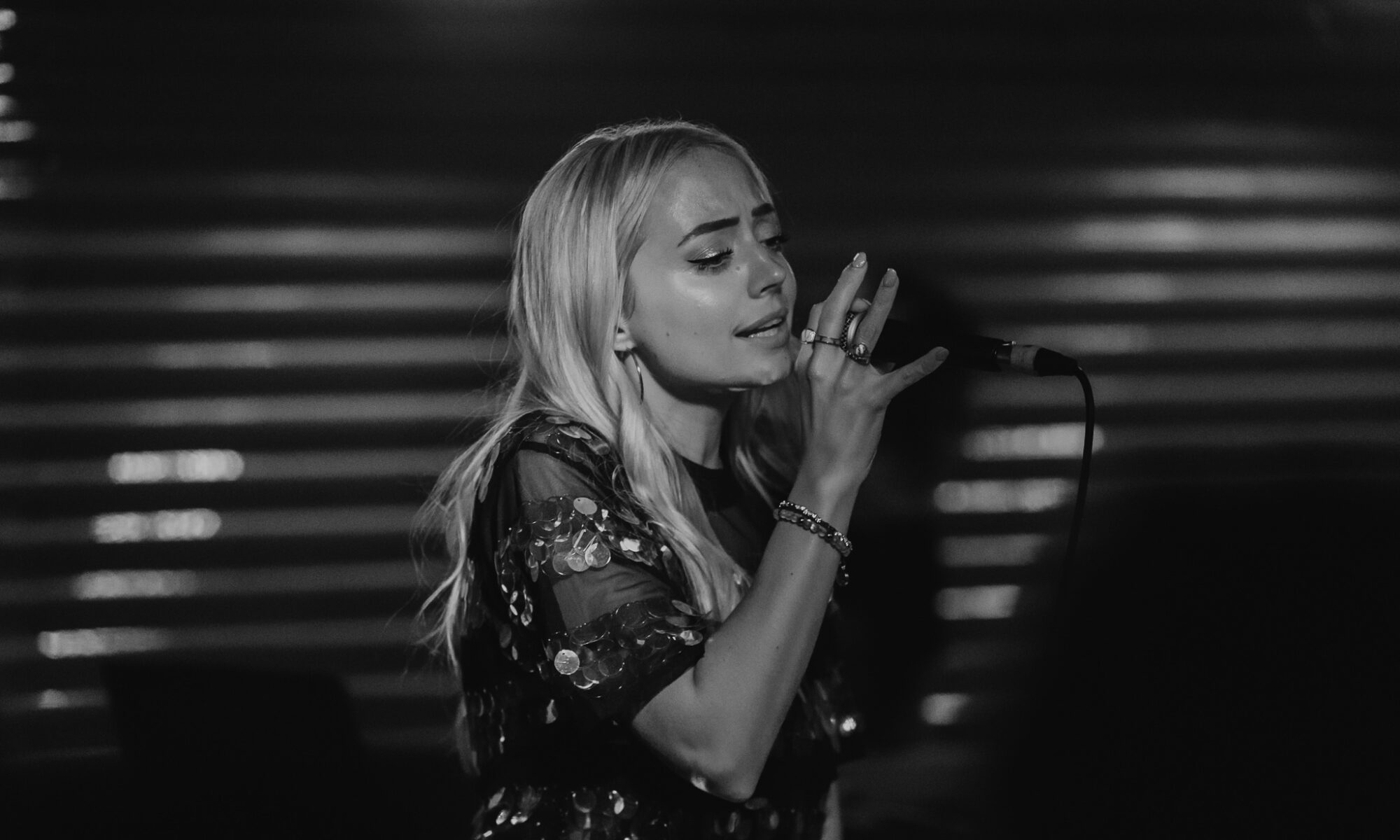 Cera began the night with magnetic confidence that felt like a force field pulling everyone into each song she played. Her voice became more and more impressive as she continually hit notes reminiscent of performances by superstars like Billie Eilish or Halsey.  The performance was mesmerizing as if Cera was an ancient siren luring you in with her voice. Cera infuses styles like dark pop and hip hop that will leave you wanting more. One of my favorite songs that she performed that night is one of her newest songs ‘YDWMH’ (You Don’t Want My Heart). You could feel the pain in every note she sang and I loved it! This is not the first time we have seen Cera Gibson Perform and I guarantee it won’t be the last.

“Personality Fireworks” is the only way to describe Ella as she lit up the stage and thrilled her adoring fans!  Sometimes it can be intimidating for an artist to perform locally, but when you’re as good as Ella it simply creates magic. What a thrill to see so many families and friends there to support her.  Ella is fairly new to the music scene publishing her first song in 2019 ‘Good as Gone’ which blew up with over 450,000 streams (as of October 5th, 2021). Since then, she has released 5 more singles and 1 in 2021. Her voice is youthful and powerfully shows off an amazing range while having fun at the same time. It reminds me of artists like Emily Warren. It’s fun as a concertgoer to see the artist enjoying themselves as much as the audience. Ella’s future is looking bright in the music industry!

Confidence, poise, and a beautifully gifted voice were my first thoughts as I watched Madilyn perform.  Many of my friends and family have had the chance to see her perform, so it was exciting to finally hear her myself.

Madilyn has a sense of determination in her performance. Like nothing in the world is going to stop her. Her range is unbelievable and strong. Her song style is very reminiscent of artists like Julia Michaels with the effortless power and emotion behind every song. Whether singing about toxic relationships, breakups, or anxiety you could feel that every word Madilyn sang was from her heart.

Madilyn began her career many years ago performing covers but not soon after breaking through and taking the music world by storm performing on season 6 of The Voice making it all the way to the top 20 at only 16 years old! After The Voice, she decided to continue to pursue her music career producing 2 albums and a TON of singles and EP’s. If you want to listen to Madilyn I promise you will have plenty to listen to!

I had an opportunity to be able to talk to her after her show to ask her a few questions. I asked her about her time in COVID and how that changed her music. She told me that during COVID it was a difficult time but she felt like in that time she was able to hone into her songwriting ability and has been able to truly find her sound. I have to say one of my favorite songs that she more recently has come out with is ‘Trust Issues’. It hits close to home and if you have had any kind of relationship issues I think it will for you too.