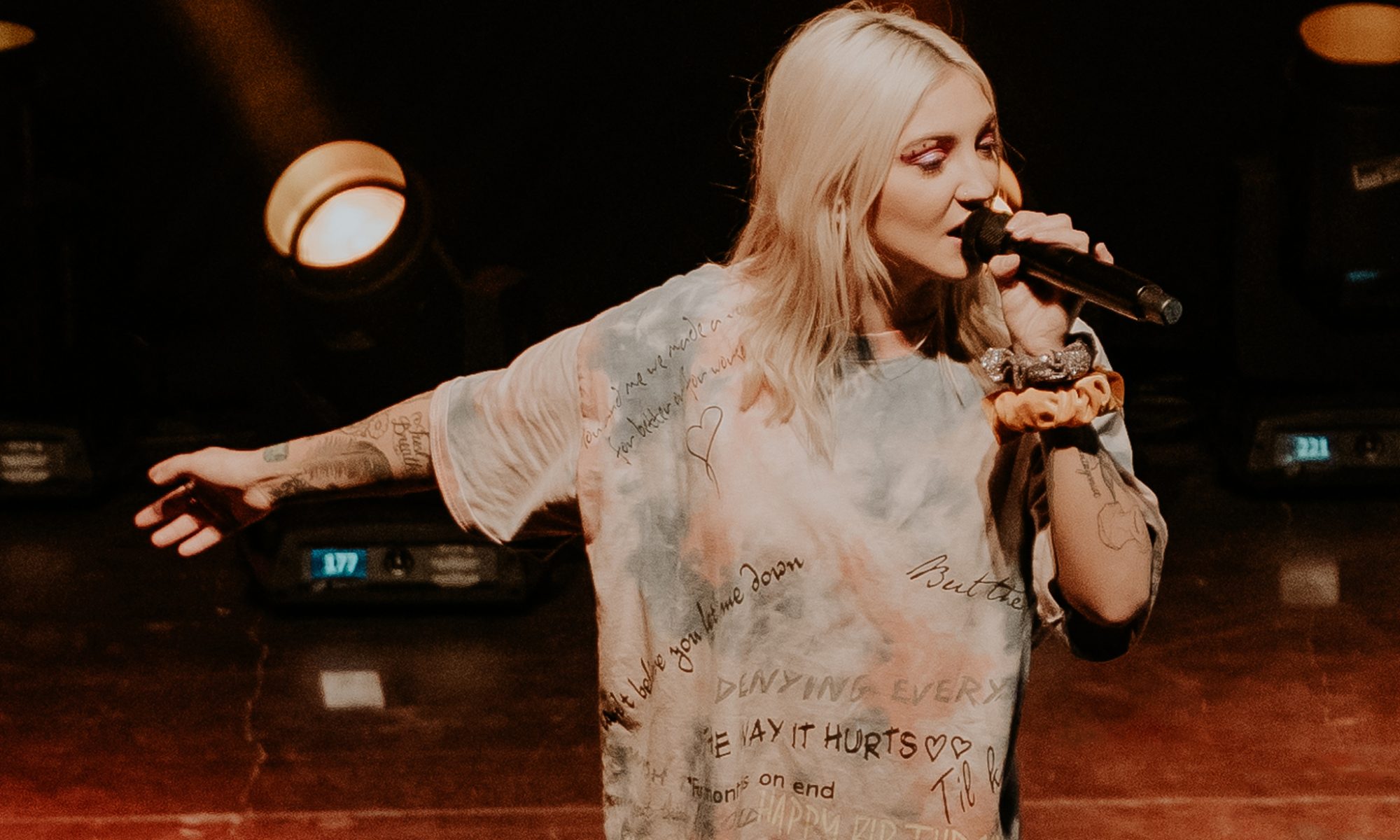 On Saturday night, the Depot hosted Julia Michaels’ first headlining show in Salt Lake City. Rhys Lewis, an English singer-songwriter, opened the show with a relaxed, acoustic set. I was surprised by how mellow the music was. I anticipated a more upbeat, pop-driven supporting act. But, I loved it. Accompanied by just a single person on the keyboard, Lewis impressed the audience with his soulful, raspy voice and bluesy guitar. In the seven years that I’ve lived here, I’ve never seen the Depot so full so early in the night. From the moment I walked into the sold-out show, the place was packed. And not only was it packed, but it was packed with an extremely diverse group of people.

I guess I didn’t understand Michaels’ fan base as well as I had anticipated. I had assumed, wrongly, that her pop-driven music meant that 16-24-year-old girls would pack the crowd. But, the ages in the room ranged from ten years old to upwards of seventy and there was an even spread of men to women. It’s a testament to Michaels’ music and character. She’s not just another pop-star in the making. Her humility, honesty, and relatability have reached an entire spectrum. That’s the beautiful thing about music. It has the power to bring generations together.

From the very beginning, the night was all about the fans. I found myself constantly surprised by the passion, inclusivity, and energy that filled the room. Every word of every song echoed throughout the audience. Before Michaels took the stage, there was a sign that read “Judgment free zone. Encouraged: singing, dancing, jumping, feeling, laughing”. And that’s exactly what the crowd did all night. We sang. We danced. We laughed. All with a strong sense of community and belonging.

Julia started the night with “Pink” off of her originally EP “Nervous System” followed by Clean Bandits’ hit “I Miss You” that featured Michaels in 2017. The background and tour visuals matched Michaels’ style and vibe. Large flowers draped across the stage and a backdrop highlighted images from her inner monologue visuals. As she danced around the stage, partly choreographed with her band, she had an infectious energy that made you smile. Continuing with music off of the first EP, she performed “Make it Up to You” and “Worst in Me” followed by the infamous “Heaven”.

Then, she paused, smiled at the audience, and said “I want to give you all of me. This is my inner monologue” and the crowd roared in excitement. As Julia began singing “I’m tryna come up with a systematic approach to love you and let you go” the crowd proudly sang along. Michaels took a moment out of the set to acknowledge the environment that she tries to create. As she looked out into the audience she said, “one of my favorite things about tour is that I get to see so many new faces and so many faces that I’ve seen before. And I love it when you all sing! This should be a place where we can all sing and cry and dance and feel what we want to feel. This is a safe space.” She continued on with “Into You” followed by the upbeat pop hit “Hurt Again”.

Michaels’ fans are incredibly passionate and surprisingly thoughtful. Throughout the night they made sure to show Julia just how much she meant to them. Before the start of “Happy”, Michaels made sure to acknowledge the number of people that had ‘I love you’ written on their hands. Michaels has a tattoo that reads ‘I love you’ on her palm. She told the audience, “sometimes I can’t tell you when I want to. So when I hold up my hand to you, that’s me telling you that I love you all”. With that, she held her hand high and asked the crowd to part down the middle. Before we knew it, she was standing in the middle of the crowd with a ukulele surrounded by excited fans. She began to sing “Happy” and the crowd erupted. As the chorus approached she paused and let the crowd take over. With pride, they screamed out, “sometimes I think I kill relationships for art, I start up all this shit to watch ’em fall apart. I pay my bills with it, I watch ’em fall apart”. There was something cathartic about being able to scream out “I just want to be f**king happy” over and over again. Within reach, an audience member held up a sign that said: “Your music saved my life”.

She continued with a ukulele rendition of “F*ck You” by Cee Lo Green and then “Apple” before returning to the stage. The crowd continued to sing loud and proud to “Falling for boys” and “Priest”. She then paused and asked the audience to let out a scream to release any emotions or feelings that they’ve bottled up. To say the crowd was loud would be an understatement. We all screamed as loud as we could, laughed, and then turned to the person next to us and gave them a hug. Then the intro to “Anxiety” began.

The highlight of the night for me was seeing a fan project emerge before my eyes. I’ve seen videos and heard about fan projects in the past, but never have I experienced one myself. It was beautiful. One by one yellow signs started to appear in the crowd as Micheals’ began to sing “Anxiety”. Held high in the air, the signs read “You are our safe space”. There had to be at least 50 yellow sheets of paper across the audience. As Michaels stared out at the crowd swaying back and forth you could tell that she was emotional. I was too. It was touching, thoughtful, and beautiful.

“Uh huh” wrapped up the show before the encore, followed by “What a Time”. Then as “Issues” started to play, a canon covered the crowd in confetti. The crowd cheered, danced, and sang loud one last time before the night ended. Julia Michaels put on an incredible show. But even more powerful than the performance was watching the passion of the fans. Michaels’ honesty in her music has touched so many people and it was empowering to watch a crowd come together to not only have a fun night but to make Michaels feel special and loved. Just like her music has made her fans feel. Loved. Heard. And understood. It was a beautiful night.