What is the responsibility of a support band?  Open the show? Warm up the crowd? Gain exposure by performing a most established band? Win over some new fans?  The answer to all of these questions is, Yes!  I think JD & The Straight Shot were successful with all of these.

My concern for openers is that no one will be at the venue yet when they go on, and if they are, no one will pay attention.  I’m hopeful that the band is well received whether they are my type of music or not. In this case, I quite enjoyed what I had heard from JD & The Straight Shot so I had high hopes for them here in Salt Lake City.

When they took the stage I looked around and the venue was already at about 60% full with more people filing into their seats.  I’d say that’s a pretty solid turn out. The all acoustic band consisting of a couple guitarists, drums, stand up bass, fiddle, and “JD” Jim Dolan on lead vocals, broke into their set and I noticed heads actually turning toward the stage.   Those same heads then began bobbing throughout the 45 minute set. I could tell that many members of the audience really liked the American Roots style music. I read the lips of someone saying to the person with them, “I really like this”, pointing to the band.  I could see some clapping along and head bobbing particularly on “Run For Me” and “The Ballad of Jacob Marley”.

I thought Jim Dolan was solid on lead vocals.  I found him engaging when he shared stories behind the meaning of songs.  He also reassured the crowd that if they hadn’t seen the current line up of The Eagles, that they were in for something special.  I found it humorous that the style of music didn’t quite fit Jim’s speaking accent. From what I understand Jim is from New York City, and his speaking accent very much represents that region of the country.  It surprised me at first because it’s undetectable when he’s singing. It didn’t ruin anything for me. Just a funny observation.

I thought the band was fantastic.  Each one of them coming into this band with an impressive professional resume’.  Carolyn Dawn Johnson, guitarist, had amazing backing vocals and a really fun stage presence. The rhythm section was so good.  Shawn Pelton on drums really kept the band really tight. Everyone was really in sync and connected and I felt like it had a lot to do with Pelton.  I love the stand up bass. When I see a band walk on stage and watch a bassist pick up a stand up, I know I’m in for a good show. And of course, I wasn’t wrong.  Byron House was really enjoyable to watch. His highlight was when he played the banjo for a song. It was obvious from the first cord just how talented Marc Copley is. He sang backing vocals and from my vantage point lead guitar.  His vocals were excellent to the point that with no disrespect for JD, I was kinda hoping to get a song with him on lead vocals. He was that good. And finally, Erin Slaver, (who I had the opportunity to interview) on fiddle was the most fun to watch.  You can’t have a great American Roots band without a good fiddler. And Erin was excellent on Fiddle. Her vocals were excellent as well. She dueted beautifully with JD a couple of times. Erin simply looked like she was having a really good time up there.  She waved to audience members, and graciously bowed  whenever they cheered. I could tell she enjoyed the performance.  The vocals as a whole in this band were what impressed me most.  I could see any of them singing lead in a band.  That’s what made the sound of this band so good.  They blended together really well with their harmonies. They were a pleasure to listen to.

From what I could tell, the volume of the applause increasingly grew between each song.  With about three songs to go, the audience was now about 80% full. I feel like Utah crowds are generally encouraging to support bands.  This was no exception. I think JD & The Straight Shot gained some fans here in Salt Lake City. 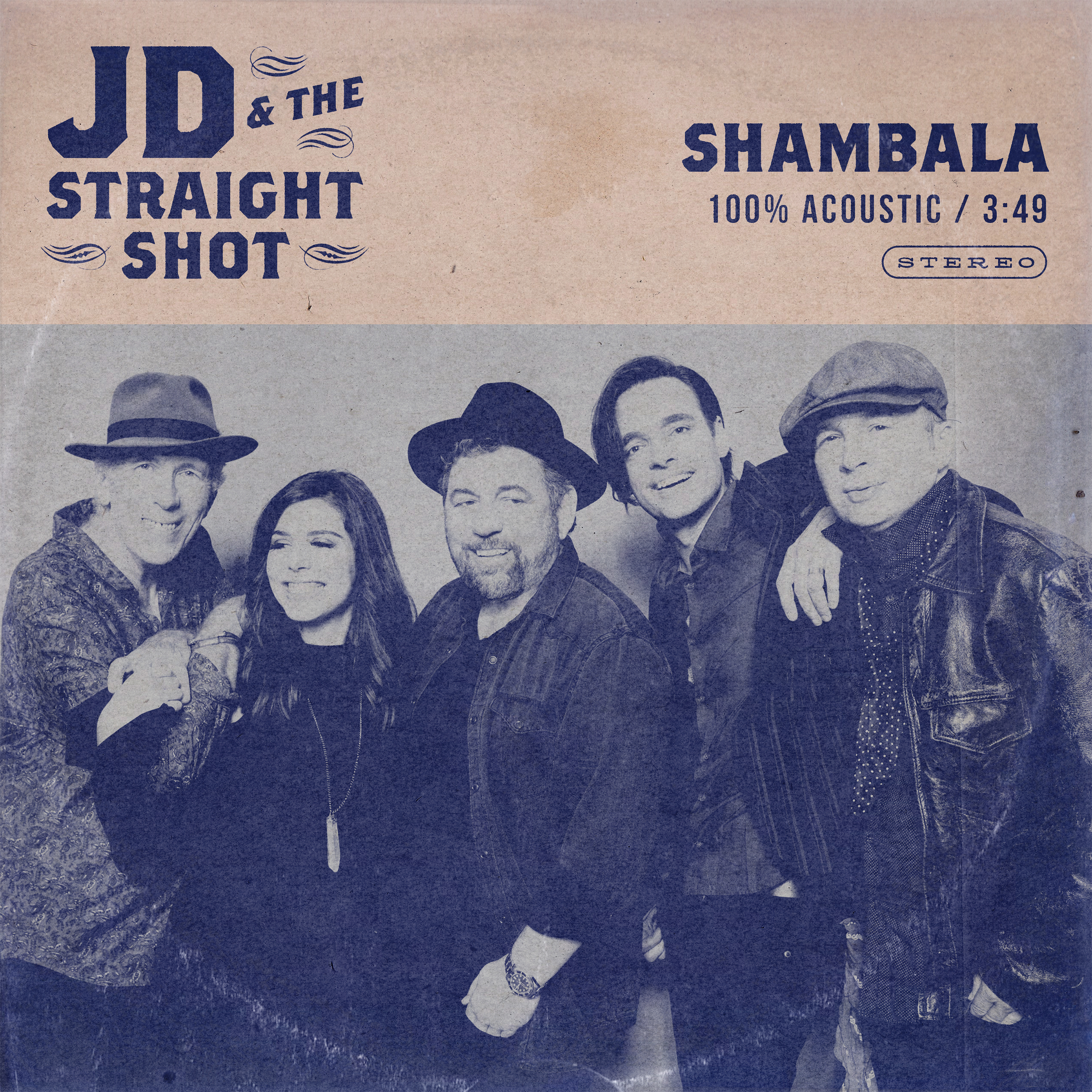 JD & The Straight Shot finished with a beautifully arranged cover of the Three Dog Night hit song “Shambala”.  When they were done they walked off the stage to a rousing applause. I don’t know if this band has received a reception quite like this before.  I sure hope so because they certainly work hard up there. They did their job as an opener.  The crowd was warmed up for The Eagles, and JD & The Straight Shot most certainly gained some great exposure.

Watch this video to learn more about JD & The Straight Shot’s newest album Good Luck and Good Night.  Or click here to purchase the album.