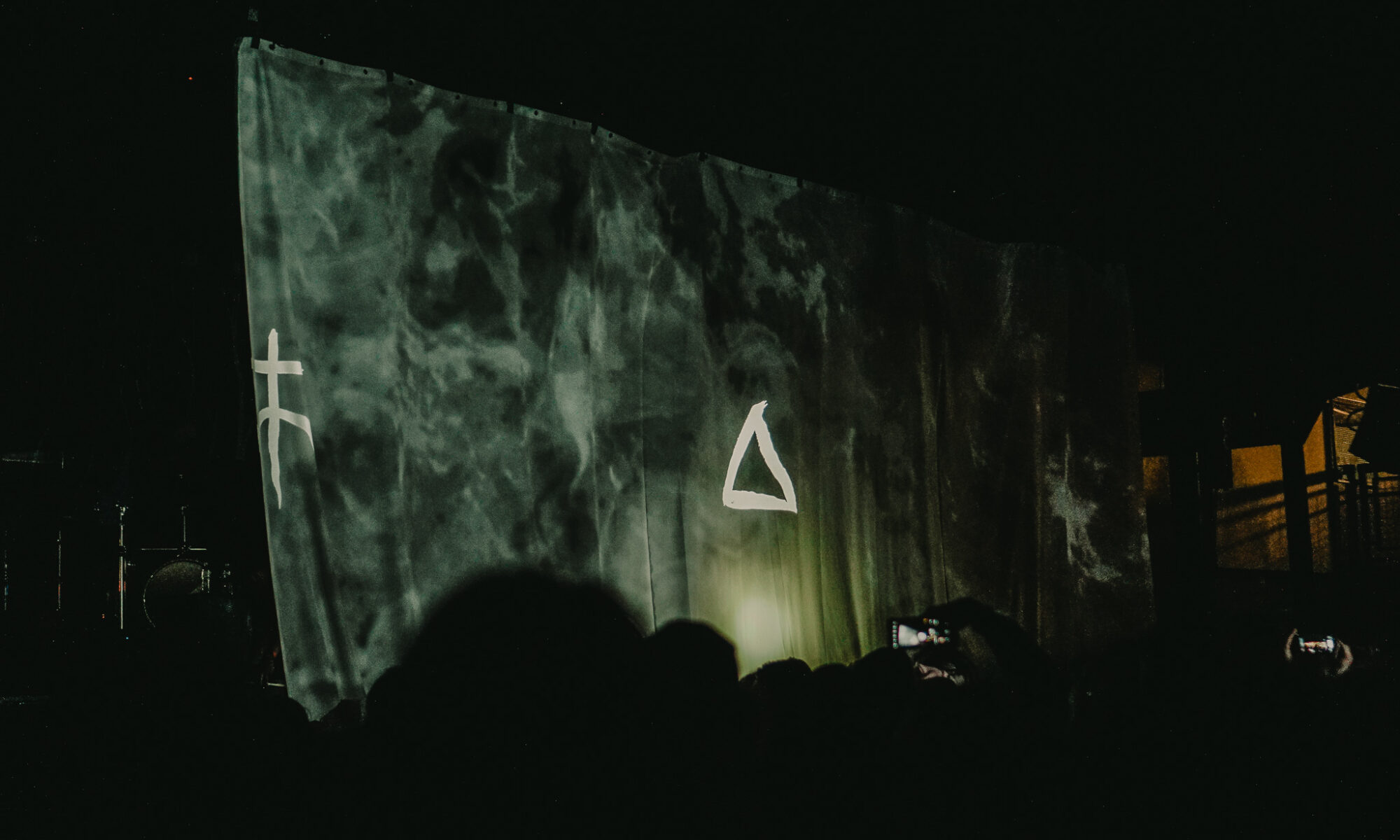 A rainy cold night in Salt Lake City rapidly turned into a hot, sweaty, and energy-filled night. All thanks to Gojira, Knocked Loose, and Alien Weaponry. October 11th, The Union Event Center was filled with metalheads all alike. Ready for the return of live music, and more or less ready to rage. Salt Lake City was the first night of the tour with the full lineup. As doors opened and fans rushed in, a good handful was running towards the front of the barricade (as venue staff was yelling ‘NO RUNNING’) but another handful running to look at merchandise, and another going up to the bar to pick out the best overlook of the stage. Soon enough the venue was pretty packed and anxious for the show to begin.

Lights dimmed, music fades, and the crowd became close and packed tight. Alien Weaponry was first up. They originate from New Zealand, which was pretty neat hearing them speak Maori. The crowd loved them. All the members had wild energy.  I loved watching their facial expressions and how they were so into their music. I am definitely looking forward to catching Alien Weaponry on another tour hopefully soon. They finished their set and the crowd mingled. Lines at the bar areas increased as we waited for the set change for Knocked Loose to take over. And soon enough that time arrived.

By the time Knocked Loose came on, there were even more bodies in the crowd. People coming down from the upstairs bar, people just arriving for them, it made for a great pit. As the drummer, guitar and bassist came out the crowd started cheering, and as the vocalist walked out they were in an uproar. Knocked Loose originates from Oldham County, Kentucky. So you know it’s about to get pretty wild.

From the second they started their first song to their final song it was energy at 100%. I had a hard time keeping myself from setting down my camera to go join the circle/mosh pit honestly. The bass was heavy, Vocals were top-notch. Never a letdown. I love to see the emotion on the band member’s faces, literally able to feel their aggression. Bryan Garris (Vocalist) running side to side, kicking and jumping all over, to Isaac Hale (Guitarist) shouting at the crowd to get rowdy and to throw down in the pit.

I have seen this band many many times before tonight, and their set this round stuck harder than others. From going over a year without live music, it was incredible to see fans reunite at a hardcore show, being able to shout alongside the band, and seeing the band members perform again. I could tell how stoked they were to be back on the road.  They performed hits like, “Counting Worms”, “All My Friends”, “Mistakes Like Fractures”, and a huge favorite of mine, “Deadringer”. People were crowd surfing left and right. There was a circle pit going on in the middle of the crowd. The band was encouraging that pit and the fans did not let down.

Knocked Loose has not really had new music since 2019, but has been teasing I Am With You Now on their social media, preparing their fans for some new music. (As of 10.13.2021 2 days post-show,  New music has been dropped. New EP- A Tear In The Fabric Of Life is now streaming on music platforms) If you haven’t listened to Knocked Loose but were at this show, there is no way you weren’t full of energy. The good vibes just radiated so strongly.  As they finished up,  I was thinking I could go for another few songs from the band. I did not want their set to end. It wrapped up and the tour crew started putting up a big white curtain and projected some images onto it in preparation for Gojira.

It felt like time was moving along so slowly as we all were so ready for Gojira and for that curtain to drop. I turned to a friend I ran into at the show and said “Everyone is probably going to start chanting soon” and guess what? A few minutes later the crowd started chanting “Gojira! Gojira!”.  A timer shows up counting down each second until Gojira takes the stage. It got to 10, 9, 8 and the crowd was shouting the countdown. It hits 0, the band starts playing “Born For One Thing”, and the curtain dropped and the venue was filled with hoots and hollers to the band.

Fans were making the barricade shake from headbanging and everyone pushing forward towards the stage. Gojira’s setlist was one you didn’t want to miss. From a hit song, “Stranded”, to “L’enfant Sauvage”, “Amazonia”, finishing with “The Chant”. Gojira is a French heavy metal band, and in France, they go hard. They bring all their energy to their set. At one point during a time with the smoke cannons going off, all the members were running from one side of the stage to the other, spinning in circles and swinging their guitars around, with the stage lights flashing.  It was incredible, and that made the crowd go nuts. It was a sight to see.

A stormy night came to a close. Long merch lines to snag that new hoodie before heading out. Fans hanging out at the barricade hoping for a pick or a setlist, and walking out hearing the conversions taking place on how incredible the night was. Each band had a killer setlist and brought the whole venue off its feet. This tour has just started for the bands, and the road ahead is only going up from here.