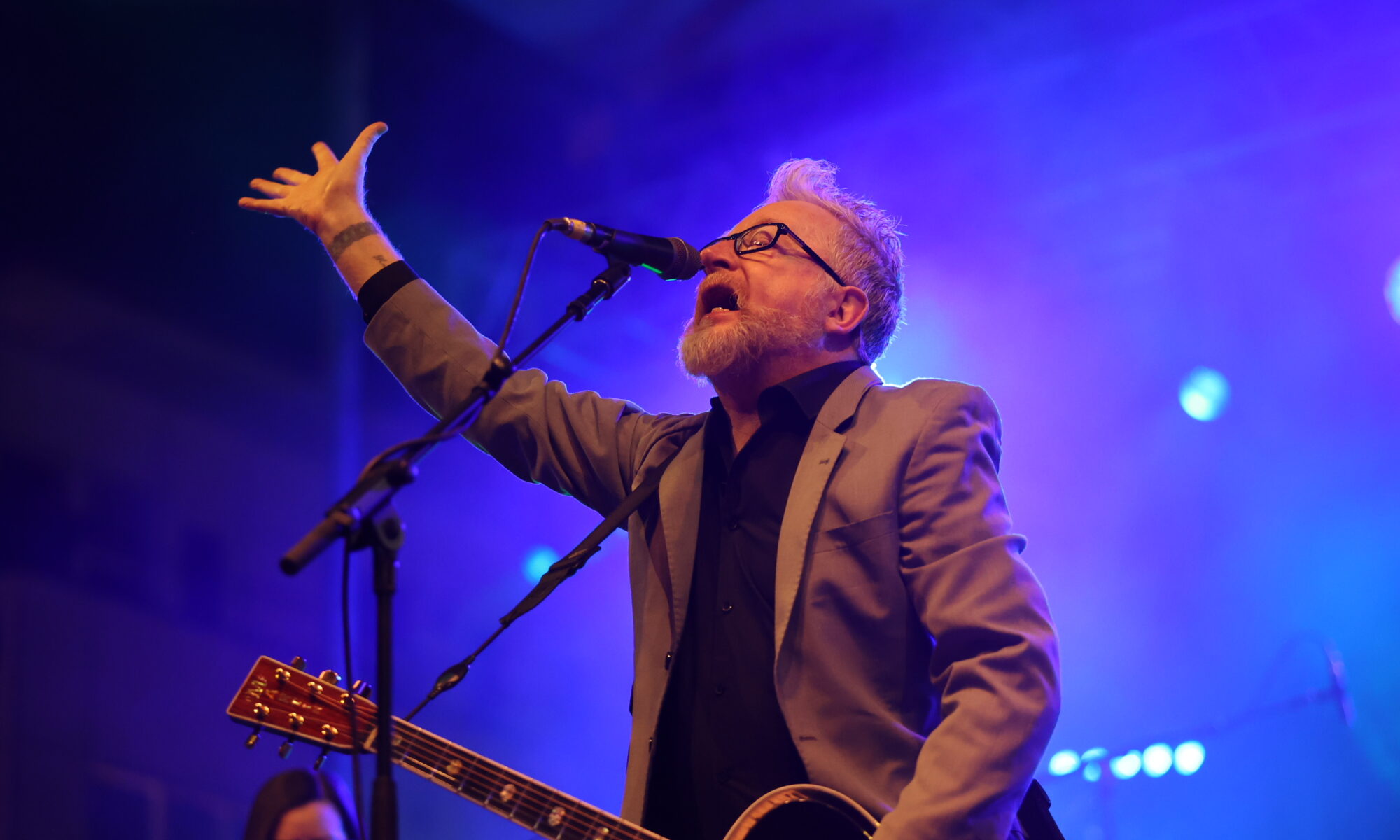 If you’ve never seen Flogging Molly live there isn’t a review in the world that can describe the actual energy in their show. It’s just different. To be honest I am biased. Flogging Molly has been my favorite band for over a decade now. I’ve seen them live multiple times and I’ve never been less than totally entertained. I’m not alone. This is the type of band that leads an army of loyal fans. This fan base ranges from the 70 year old guys in the back. The guys who love the music and talent to the middle age businessmen. Fans who fight the urge to jump back into the mosh pit to the 18 year old kid whose dad has listened to this band for as long as he can remember to the 6 year old with sound-blocking ear protection and a mohawk in the front row.

Everyone is there for one reason – To forget the pain of life, escape the struggles that weigh down the soul, and just enjoy an amazing night of music, dancing, moshing, singing at the top of your lungs, and being surrounded by thousands of new friends.

This concert had a stacked lineup. Beginning with The Skints and continuing with Tiger Army, The Lot at The Complex was off to a great start. While these bands played, their dedicated fans were treated with all their favorite songs, while those unfamiliar took their moment to wait in the massive line for merch. The nice part is you could still hear the music if you were in the line.

The Interrupters followed and they brought their fans. They could have been the headliners easily. The Los Angeles-based ska punk band had fans crowd surfing, dancing, and singing along to their songs. They shared how much they loved playing Utah. They even included Utah cities, Cottonwood Heights, Draper, St. George, and Holladay in one of their songs.

This night was no different. Before the band even hinted at taking the stage the crowd was already clapping and chanting, “FLOGGING MOLLY! FLOGGING MOLLY! FLOGGING MOLLY!” The band casually took their positions as the intermission track faded. Each one quietly takes in the scene. Live music is back and this is the 3rd stop on their new tour. Only a few days after the release of their latest album you can see the excitement in their eye to deliver the classic hits and introduce their family of fans to the new songs they’ve written.

Another bias I have is for a Utah music crowd. We are awesome. Bands love playing here because we give back even more energy than the band puts out. Try to stop us from clapping along to our favorite songs. What was different this night is you could see the ear to ear grins on the faces of the band members as we gave them back all the love we have for their music. We feel the energy they bring and we gave it right back. The new songs were well received and the favorite songs set the crowd on fire over and over.

As the show closed, the bows taken, lights came up and the band reappeared with armfuls of water bottles. They stocked up the front of the crowd with drinks. After a party like that, it’s important to recover. I loved this part of the show. These guys aren’t above their fans. They are one of them. They truly understand that one does not exist without the other. It’s rare to see a band have this kind of connection with their fans, but this is how it’s been since the beginning.

It was great to see most of the original lineup and the new faces in the band melded into the group as if they had been there since the early shows in Molly Malones. The songs are timeless. This show will entertain for decades to come. If you ever get a chance to see them, even if you don’t love the style, they’re worth seeing. You will walk away a little different.