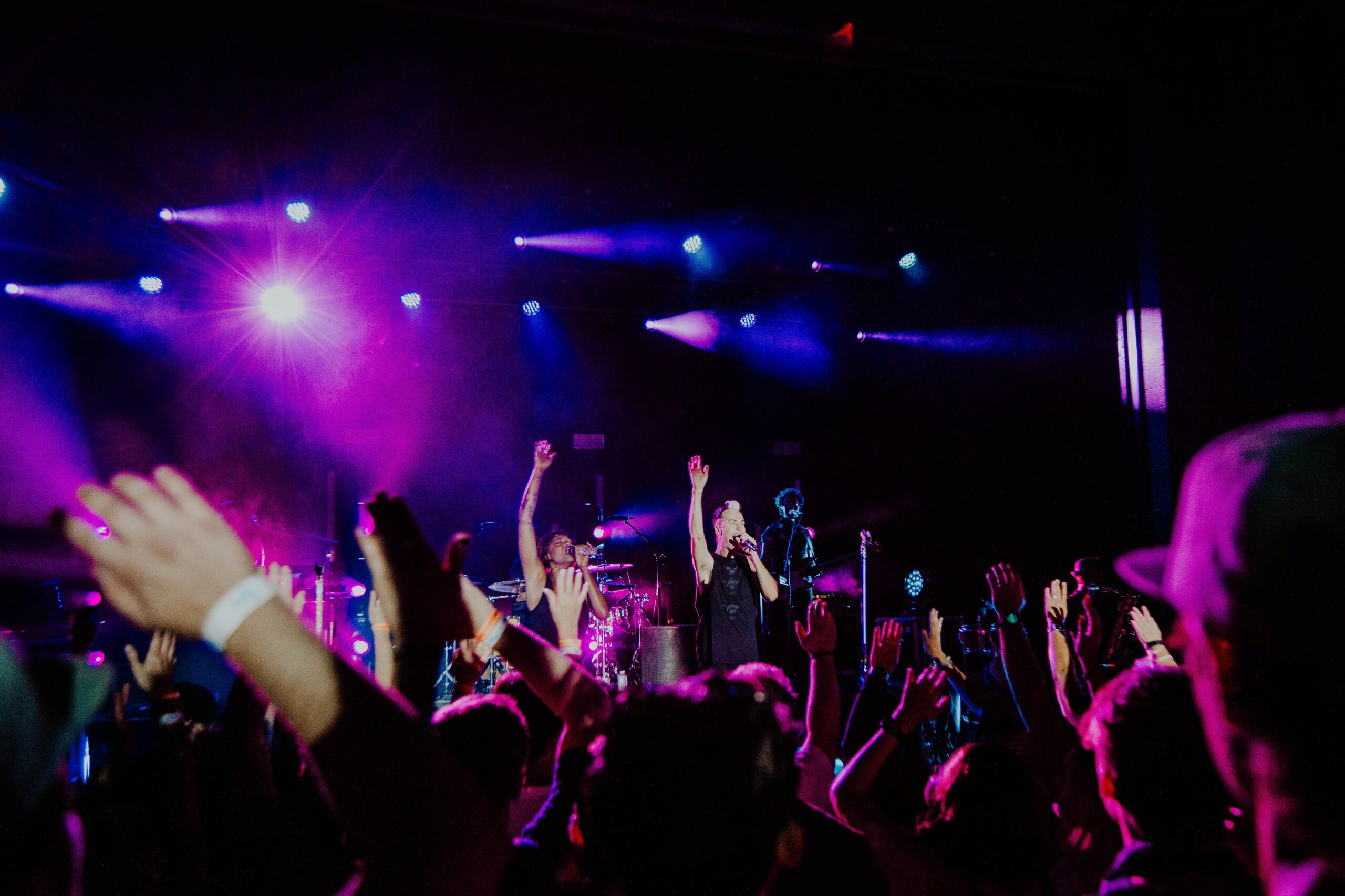 Ogden Twilight has always been known as one of those events that are the best way to close out your summer and create memories for the books. It’s been two years since the concert series held their last show. For some people that night it was their first concert back since the world had shut down. For others, it was another show back after attending a few weekends before. Every person who entered that venue was ready to enjoy some good music. People were with their friends filled with excitement to see all the artists live and in action.

Devon Gilfillian kicked off the night. His soul music moved the crowd. The entire set Devon and his band had nothing but smiles on their faces. The energy that he radiated positive energy and it spilled out onto the crowd. It got everyone ready for the rest of the night. Between every song, Devon took the few seconds he had to connect with the crowd. He’d then kick it back into high gear! His entire set was more than just playing six songs and hopping off the stage. He wanted to make an impact, whether or not people actually knew his name and music. He did just that! After his set fans made their way to their merch table. I think they were hoping to have a small chat with him and express how excited they were to listen to more of these tunes on the drive home.

Next up on the lineup was Kishi Bashi. A name that was more well-known to the crowd. He stepped up onto the stage keeping the crowd humble with his violin. He had a voice so strong and powerful! I was sure if he went on that stage without a microphone those sitting in the back on the bleachers could hear him perfectly. His set wasn’t as upbeat and crazy with drums and crazy electric tunes. But there was something about it that just brought everyone together.

I took my eyes off him for a second and looked around the crowd. Everyone was surrounded and huddled together with a content look on their face. It was one of those moments where you released that music is back and you could just forget about the world and all of its craziness. Halfway through his set he invited on stage with him, Tall Tall Trees a lovely banjo addition that paired well with Kishi’s violin and the occasional guitar. Watching the two on stage was just like watching two friends just jam out together. With Devon getting the crowd excited and setting the tone for the night, and Kishi bringing the entire crowd together. It was a perfect lineup of openers.

Fitz and the Tantrums

With the sun setting and the crowd buzzing, quickly following Kishi Bashi was the headliner and what everyone was waiting for, Fitz and the Tantrums. They hit the stage with so much energy that the crowd quickly got up on their feet and ready to dance. They started the set off with a couple of their hits songs such as “Out Of My League”. The setlist was a perfect mix of songs from their older albums and their newer album like “123456” and a couple of songs that you just needed to hear live like, “I Need Help!”.

There wasn’t a single person who wasn’t singing along within the crowd. There was such a diversity within the crowd with people who’ve seen Fitz well over a dozen times and for some it was their very first time. Fitz and the Tantrums came to party with a crowd of seven thousand people and they didn’t disappoint. They finished the night with an encore of three songs.

Last year with such an abrupt stop in shows, a lot of fans struggled without live music and artists struggled even more. With concerts coming back full swing, you can tell there’s nothing but full dedication from artists to sing and play their hearts out and connect with fans once again. Every artist who stepped out on that stage that night didn’t disappoint. The buzz from the entire crowd followed out of the venue as everyone raved about the whole night. The sold out show was the best possible kick off for the Ogden Twilight series. Many people along with myself could say for sure that if you got the weekend available to attend one of these shows that aren’t sold out yet, get out to an Ogden Twilight! Everyone else listed on the lineup is guaranteed to put on a good show.

Go to ogdentwilight.com for more information!