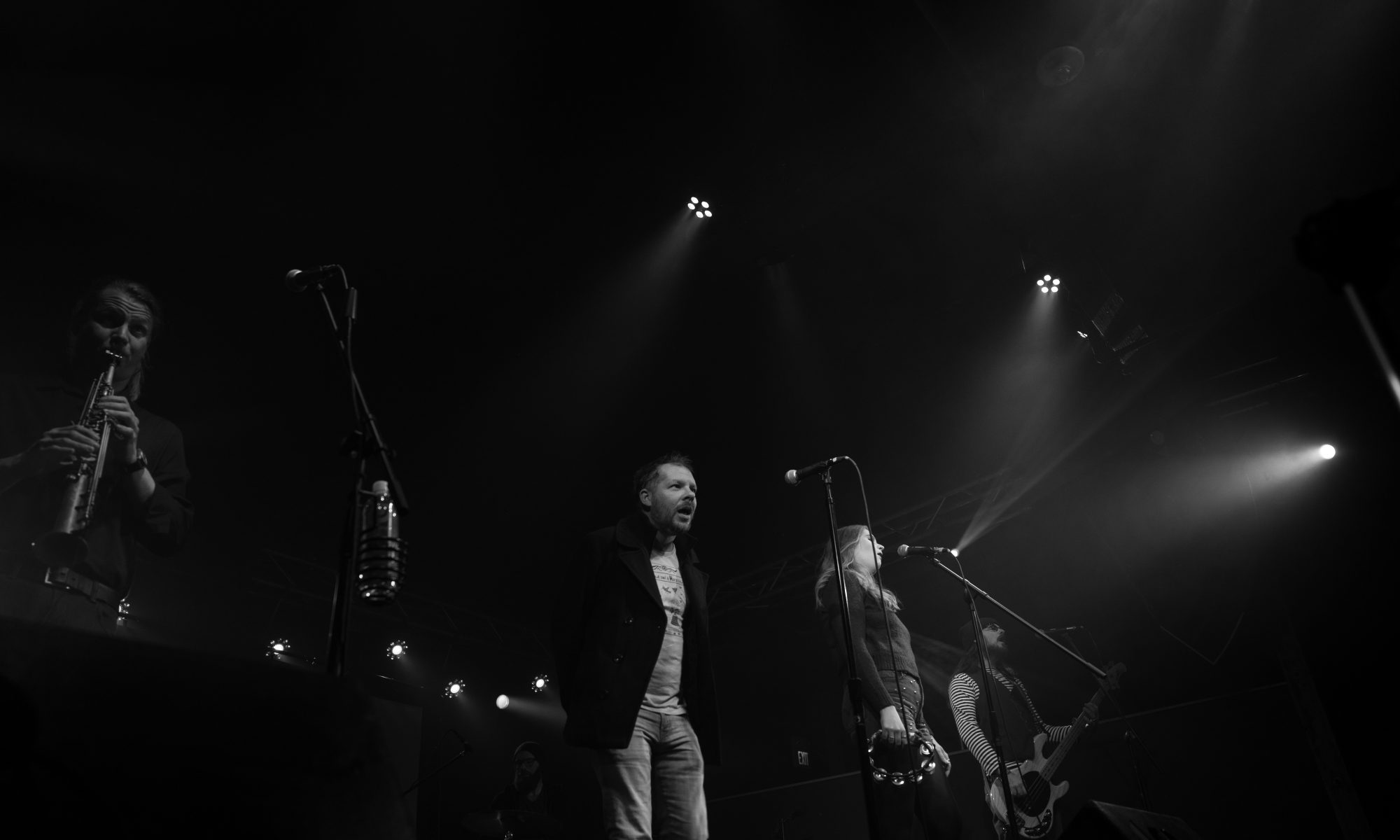 When I say that I have never had a concert experience like this before, I am not joking. This band has a sound like no other, and I couldn’t have enjoyed myself more. The band consists of lead vocalist Benjamin Wuamett, horn player Aaron Mattinson, drummer Tom Trotter, singer Honora Hildreth, and Pianist Jeremy Asay. Ezra Bell was founded by Benjamin Wuamett and is based in Portland, Oregon.

The concert was held in downtown SLC, at the Soundwell. The venue was quite small, but the overall atmosphere was lively and energetic. Attendance was fairly low, capping out at around 50 people, but what was lost in numbers was made up in dance moves. Nearly every single attendee participated in dancing, and with plenty of floor space to do so there was no reason to hold back. You might think that I’m lying when I say that I witnessed a man in a fur coat doing burpees, but I am not. That’s just the kind of energy the band brings to the stage!

Beyond some sweet dance moves, it was obvious how talented each performer was. I was captivated with each person, they made every note sound so effortless. Something that I loved was the use of a Soprano saxophone. That’s not something I see a lot, and Aaron did such a fantastic job. I would describe their overall sound as folky with a touch of rock. Every song was littered with intricate lyrics. It felt as if Benjamin was telling you a story. Along with the great music, there was such a profound bond formed between the band and the audience. With such a small venue and crowd, there was plenty of banter to go around in between songs. It honestly felt like you knew the performers personally as if they were all your friends. That’s why I generally prefer a smaller concert setting, it allows for a much more personal experience. Some of the banter included comments from Benjamin about how cold Utah is. Of course, I would agree. Normally it isn’t quite this cold in October. But this week Utah has seen record low temperatures in some areas, so I’m not surprised Benjamin commented on the weather. Even with all of the dancing, people were still wearing winter coats! That’s just the charm of being a Utahn I guess.

To wrap up the concert, Ezra Bell ended with an upbeat, mostly instrumental song called “JAGs”. I was honestly sad to see it end. It was one of those concerts that you could watch forever. The audience, small but mighty, gave Ezra Bell a hearty send off. Immediately following the final song, most of the band members stayed to mingle with the people. Again, yet another perk of a small venue! I would absolutely see this band again. I kid you not, the first thing I did when I got back to my car, was blast some Ezra Bell. They left me wanting more, and I believe that’s exactly what a concert should do.