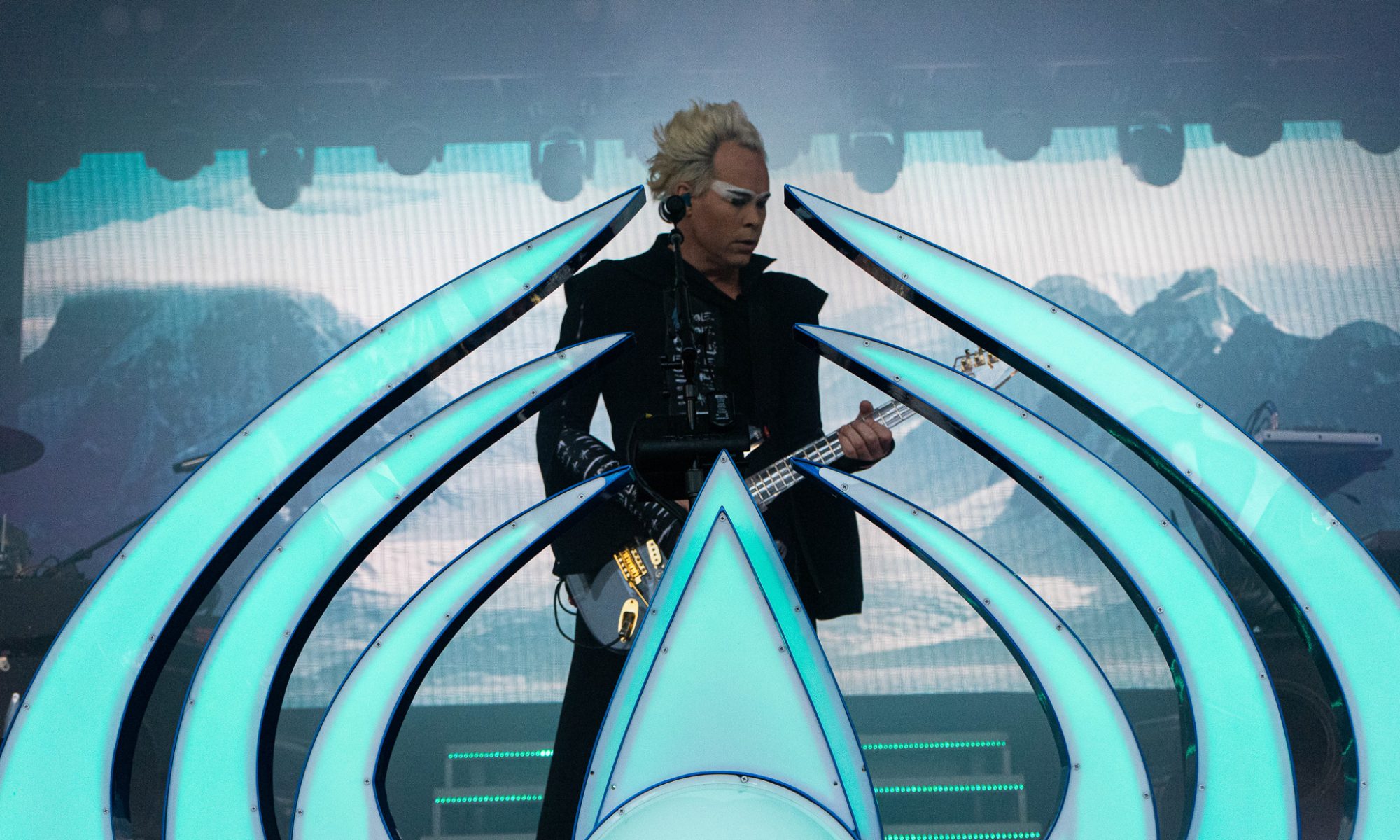 The show kicked off with some local openers. FORD. was on track to deliver the growing crowd an electric vibe. Having grown in the Salt Lake area, it was good to see some upcoming talent start things off for a headliner. FORD’s performance was well received by the crowd as many began to put on their boogie shoes and loosen up to an upbeat yet mellow set. FORD. reminds me of what Salt Lake has to offer as new and upcoming talent continues to appear and deliver amazing music.

FORD. finished up his one hour set and was followed by Elley Duhè, killing the stage with her pop hits such as “immortal” and “COUNTERFEIT”. Elley continued on to deliver an energetic set as the crowd continued to grow, bringing the energy of her music and it spread like wildfire. After Elley was the highly-anticipated set from Chicago’s finest, Ethan Snoreck, better known as Whethan.

Whethan has had a growth of followers after his remix of “XE3” which has now gotten slightly under 12 million listens on Soundcloud. He has over 41 thousand followers on Twitter and over 90 thousand on Instagram. This 20-year-old DJ and producer has a promising career ahead of him. As Whethan took the stage, you could feel the crowd waiting for him to deliver, little did they know it would be a performance they will remember for years.

Whethan ran up on the decks and gave the crowd the time of their life. From mixing in the classic song “Electric Feel” by MGMT to adding in the infamous Skrillex remix of “HUMBLE” by Kendrick Lamar; Whethan had the crowd jumping and asking for more. He mixed his set with a variety of songs but still managing to mix in some hard drops which had the pits going insane. Closing out his set with his well-known song “Savage” including vocals by MAX, Whethan had the crowd (and me included) asking for an encore!

Leaving the crowd asking for more, Jackson Stell, better known as Big Wild, delivered what had to be one of the most emotional moments in my life. Jackson had shared his battle with cancer in 2013 and was a big inspiration for me as I dealt with my own battle in 2018. Getting the chance to talk to him about it not only brought me to tears but listening to him perform his song “Maker” which he dedicated to his battle made his whole set heartbreaking. I’m pretty sure I wasn’t the only one in tears. Seeing the passion he displayed in his singing and drumming brought the whole crowd down to let go of their suppressed emotions. Jackson delivered one of the best performances I have ever seen in my whole life. After his set ended, it was only a matter of time that we would see the one and only Empire Of The Sun.

Getting ready in the pit to take photos, I saw the amount of production that went into Empire Of The Sun’s stage design. Not only did I see how many boxes were backstage, but the number of guitars and costumes had gone to an insane level. It was finally the moment of truth. The curtain was pulled down and Luke Steele did a slow and momentous walk down the center stairs. His jacket was flowing in the wind as he started off his set with a guitar solo run. Dancers wearing weird yet unique costumes came out to dance side-by-side with Luke, creating a unique show every time. I knew I wasn’t the only the one in shock as I looked into the crowd. Despite the shock, we all gave into this atmosphere and I definitely didn’t want to look back to feeling normal.

Empire Of The Sun really put on a show that I have never seen before in my life, I would go to another one of their concerts in a heartbeat. Salt City Sounds put on a show that will definitely make people want to come back to their future events. Luke Steele put on a production that one can only dream of. He put the audience into a whole new spirit, making everyone truly feel like they were “Walking On A Dream”.