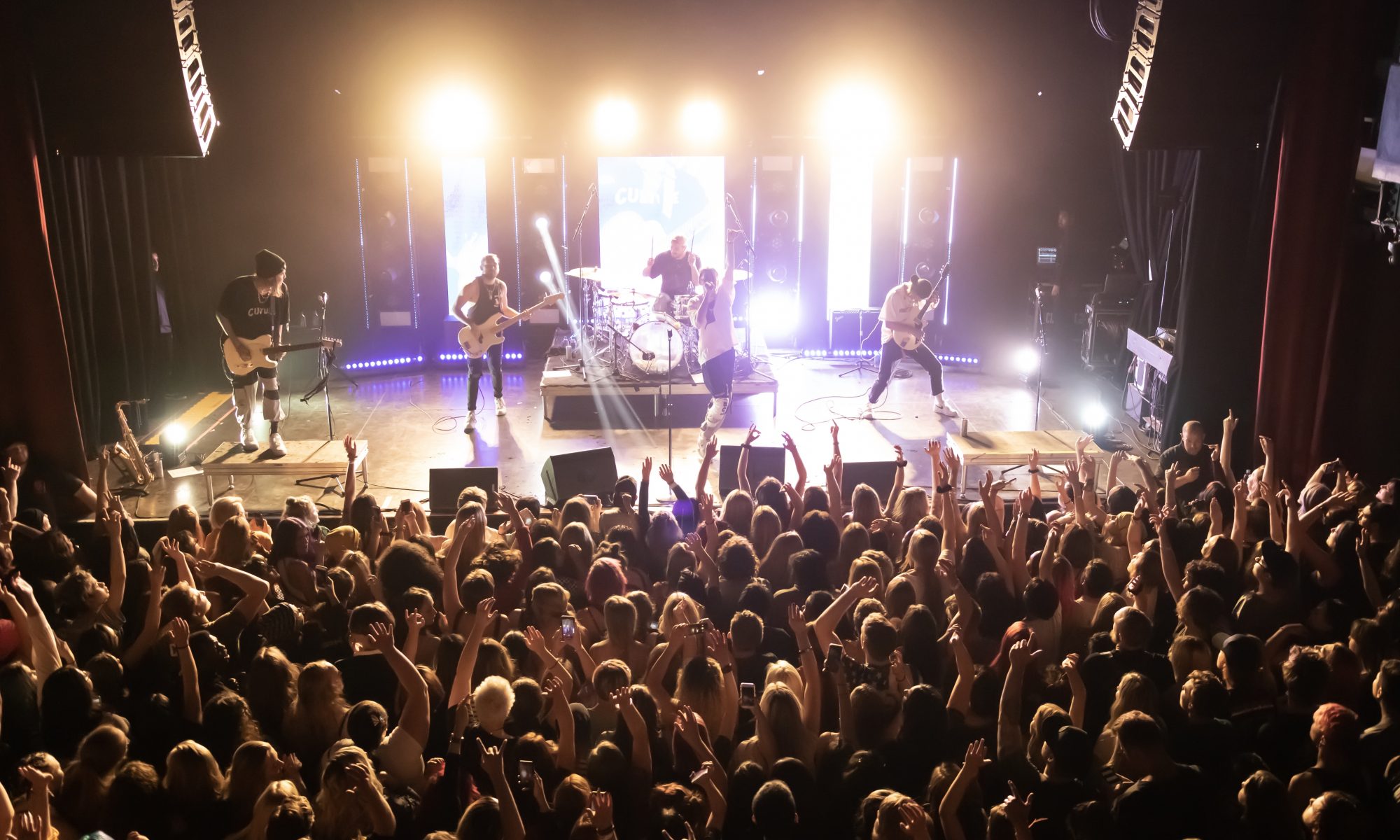 The venue went dark and the stage lit up purple, with multiple screens in the background showcasing several images, one of a rocket ship about to take off. The fans cheered eagerly as they knew their favorite boys were about to come on stage. The drummer came out first and started getting a beat going, getting the crowd hyped and then the rest came out and all the screaming got even louder.

The energy that these boys brought to the stage was something I’ve never seen before. The lead singer, Mitchel, was all over the stage. Bouncing around from one end to the other, kicking his legs up and smiling the whole time. It was so cool to have 5 guys on the stage because everyone from the crowd had a cool view of everything that was going on. The saxophone played on stage was so beautiful. Fans went crazy during those moments.

The boys did an absolutely amazing job of connecting with the crowd. Several times throughout the show they talked to the crowd, letting their Salt Lake fans know how happy they were to be here and how happy they were to have everyone out tonight. They also came to the very edge of the stage a few times and crouched down to be even closer to their fans. I love when artists do that.

The visuals they had during the show were incredible. A bunch of random aesthetically pleasing images changed on the screens behind them, the lights added great emotion to the setting and environment. The crowd danced and jumped the whole time. It got so sweaty and hot in there. I think The Depot was a perfect choice for this show! I love the Depot because it’s not too big but not too small either. Shows there always feel so personal and close. And the upstairs 21+ lounge has amazing views of the stage and crowd. Fans against the barricade headbanged through the night while fans in the very back and upstairs danced around to their favorite songs.

When I asked Chase Atlantic fan Brayden Myers, 18, what he thought of the show he told me, “Heavy bass, a beautiful light show, and band members that gave the room more energy than I could have ever expected made this night one I will never forget.” And even though I didn’t know the band before tonight, they truly put on one of the most energetic shows I have ever been to! They sounded amazing live and I already downloaded their newest album to my phone! I honestly can say I can’t wait until these Aussie boys come back again!