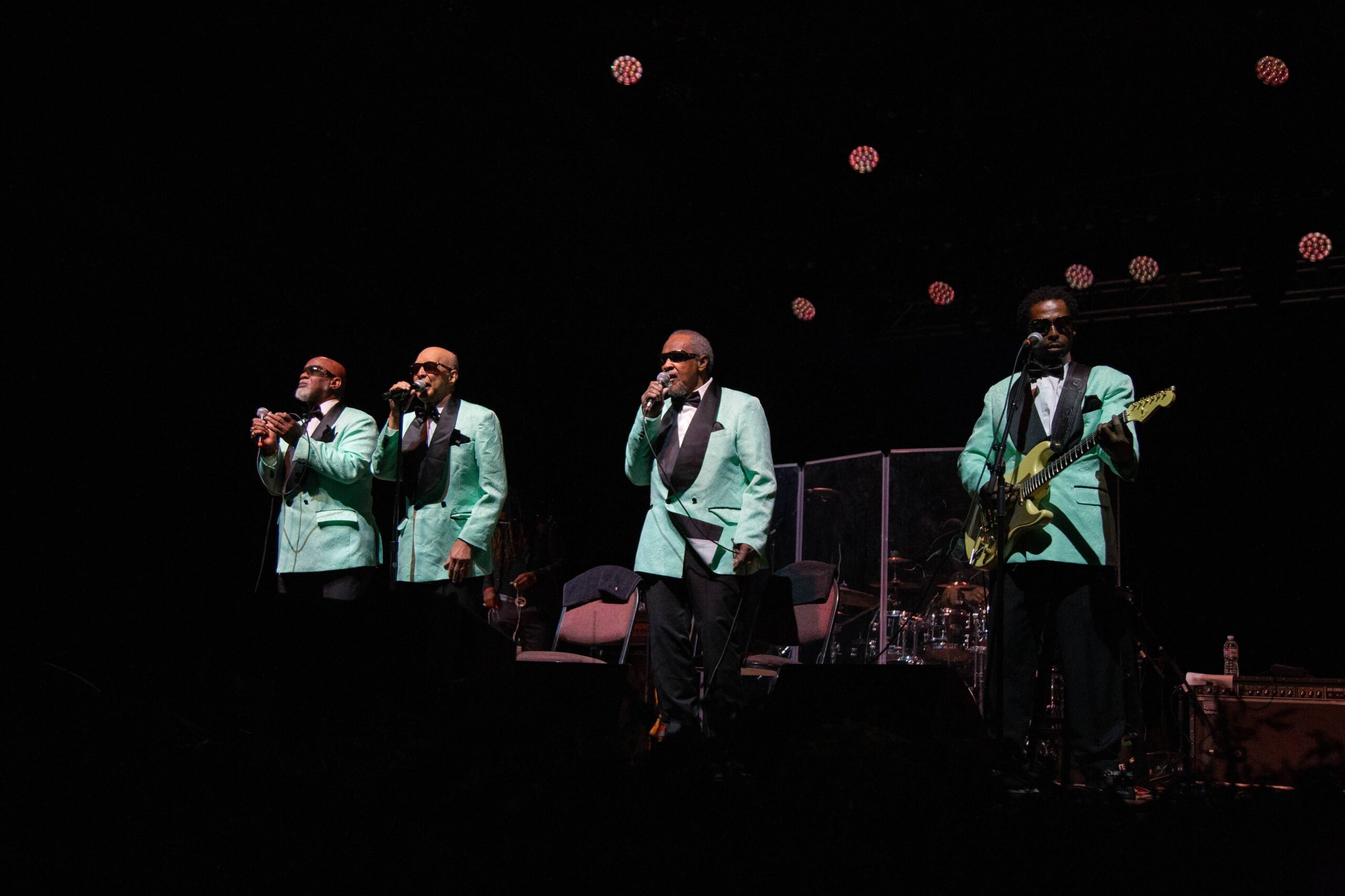 This last Sunday, the next group of musicians on the lineup for the Red Butte Concert Series was The Blind Boys of Alabama with North Mississippi Allstars. As the doors opened to the amphitheater the crowd was buzzing with excitement for the show. Personally, I had never been to the Red Butte Garden Amphitheater. I didn’t even know that they hosted outdoor concert series. On top of that, I haven’t ever heard of either performer. I made the decision to not listen to their music before the show. I went in with completely zero expectations and was just excited to see how the night went. That was probably the best decision to make because I was not disappointed in the slightest.

Starting off the night with North Mississippi Allstars. With their American Blues and Southern Rock sound, they were quick to get the crowd off their feet and move to the music. The energy that radiated off the band was amazing to see and feel. From the minute they set foot on stage and starting strumming on their instruments they were easily lost in the music.

It was a set like that where you’re reminded of just why live music is so amazing. Besides seeing this happen first hand with the band they were quick to impress the crowd with their sound. From the strong vocals and Luther Dickinson reminding the crowd just how good a classic guitar solos sound live. I think that’s one of the few good things missing from music these days. The band was impressed and thankful for playing in a beautiful venue. There was a nice view of the setting sun that gave the band a nice golden hour lighting. It was a welcoming and positive reaction to the performance.

I could see that this was their first time and they were happy to mark it off their list of performers to see live. As the Blind Boys were being guided onto the stage, they were greeted with loud cheers from the crowd. This quickly brought warm smiles to everyone’s face. From my understanding, they kicked off their set with a few good classics. With this being my first time ever listening to this band and getting the chance to see them live, it was an experience I wish I could relive.

The venue fit the group so well. Being outdoors and having one of those good summer nights made for the perfect setting to see Blind Boys of Alabama. I was convinced that the group didn’t even need microphones because their voices were so strong. They easily reached all the way to the back of the venue. The crowd was so moved by it all and it added a slight chill to hear the stretched-out verses. It had been a while since they last performed in Utah and they were happy to be back. The Blind Boys of Alabama had also chosen to play a song that funny enough, was brought to them by their band. They had joked that they were doing them a favor. But I could tell that among them it was a true favorite of theirs. They were happy to have made it a song of theirs.

As the show came to an end and everyone made their way back to their cars. Hearing the conversion amongst one another raving about how unbelievable the entire show was, they for sure were added to my list of top performers that I’ve seen. After playing for so many years it wasn’t hard to tell how much heart and soul was left there. They were happy to play even after the scare of never knowing when they would get the chance to.

Let me give you a friendly suggestion. Add both North Mississippi Allstars and The Blind Boys of Alabama to your list of artists to check out. If you’re open to listening to something new that touches the genre of Southern Rock and American gospel, even if it’s a different sound than what you’re used it’s worth a good listen.