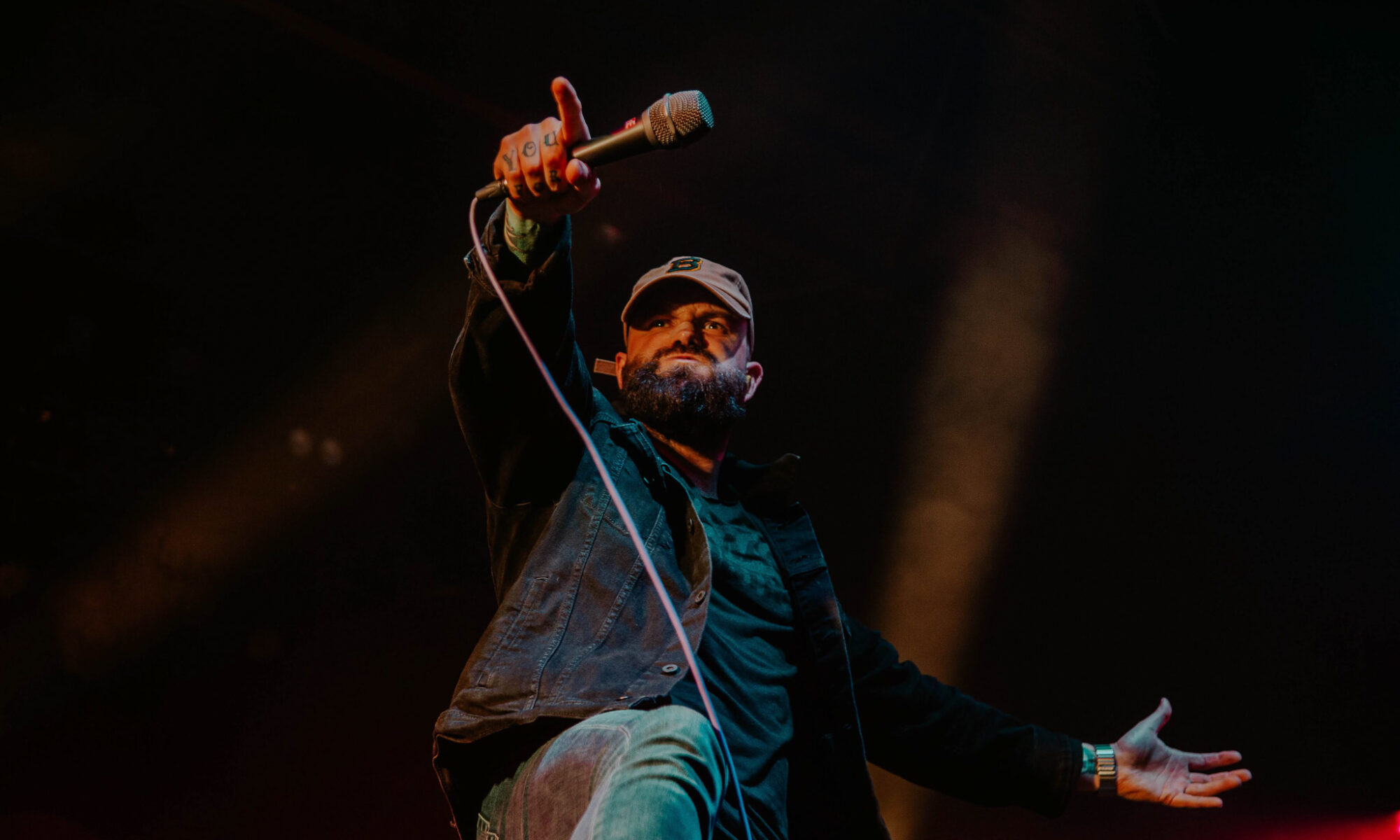 As the years go on and we celebrate another year since an album was first released. I think it’s safe to say that everyone hopes a band will complete a ten-year anniversary celebration for their album. August Burns Red has been a band that has always delivered on that wish. In 2019 August Burns Red did an anniversary tour for their album that came out in 2009, Constellations. There were high hopes for another tour which brought us to, Leveler that came out in 2011. One of the things that I look forward to when the band announces tours is their lineup. ABR always seems to curate the best lineup possible that fits perfectly for the tour.

Like Moth to Flames was the first band up.  I had seen them plenty of times before. They had always done a good job at getting the crowd pumped up and ready for the rest of the night. So, when vocalist, Chris Roetter took the stage saying that it was time to wake up I knew the job was going to get done. There was plenty of people in the crowd who knew the band right off the bat when they had questioned how many people have never heard of the band before. It will never fail to amaze me when I get to hear and see that there’s plenty of fans than there were before.

Between songs, someone in the crowd had requested a circle pit and the entire band burst into smiles and said that was easy to make happen. Before they had kicked off the song and got people moving in the pit, Roetter called out everyone in the venue. Those off to the right, left, front, and back should not be sleeping, there was no reason for them to everyone needed to be in the pit or up and off their feet. As they played their last song, the singer challenged the crowd on just how loud we could get. He needed a ten second break to catch his breath, so he wanted the crowd to kick off the song. After that they deemed that this show was easily going to be the best stop on the tour. We were setting the bar high for the rest of the stops.

I was very much looking forward to ERRA next. I had never seen them live before but have been a major fan of their music. Their setlist was mainly curated off their latest album which didn’t receive any complaints from me.  Immediately from the first song, I knew it was going to be a killer set. The energy was amazing and with the five of them on stage, it was hard to keep up on capturing it all on camera. The way they bounced back and forth around the stage without ever bumping into each other.  It was the perfect flow.

On top of all that, hearing Jesse Cash’s vocals and guitar solo on stage was definitely worth witnessing in person. On the third song, the majority of the crowd was singing along and it was easy to tell that the entire band was affected by it.  That it was a crazy thing for them to hear so many people singing along to one of their songs. ERRA has so much more growth coming their way and it is exciting to see what they will do next on their journey.

Fit For a King

Fit for a King went on right before August Burns Red, and they were another band that I have seen plenty of times previously.  They were determined and ready to get the last little bit of the crowd ready for August Burns Red. We were also determined to not disappoint them in the slightest. During their song annihilation, they had called a circle pit which was only going to be warm up for what was going to come.

Just a couple of songs from ending their set, they had called for something that they’ve only ever asked a festival to do, but because of how much energy we were giving them they wanted to see it in action tonight. They asked for the biggest circle pit The Complex has ever seen around the sound booth.  I think it for sure had happened because I’ve never witnessed one that big at The Complex before. There was never a gap in between people. That wasn’t enough for them though. They had one more request before stepping off stage. They had asked for the biggest wall of death ever and it was yet another thing that I firmly believed was accomplished. It had only taken seconds for the crowd to split in half when the song dropped I haven’t seen that many people participate in one since a couple of years back when Bring Me the Horizon had a stop in Utah. Fit For a King was easily the best metalcore set I have seen so far this year.

Minutes before August Burns Red had taken the stage, the entire crowd was chanting, “ABR”. We were all excited to hear the album in full and to see another killer performance from the band. They’re a band I have seen more times than I could count on one hand and getting the opportunity to photograph them a second time was a dream.  I never get tired of seeing August Burns Red live. Just like ERRA, it was going to be a challenge to keep up with them from the microphone tosses from vocalist, Jake, and guitar solos and kicks from Jake. As you can see, the shots were acquired!

I was even more amazed by their lighting setup. It’s one of the best lighting designs had ever witnessed before. It almost seemed like my camera’s shutter couldn’t be quick enough to keep up. Jake’s guitar solos were crazy to watch and hear live.  Seeing the perfect slow and balance of the band on stage. They are another band I will say without a doubt, if you haven’t seen them live before and you’re a fan, you ought to add them to your list and look up the next nearest show to you! They won’t disappoint in the slightest. Leveler was a dream to celebrate, with a huge discography we can only keep our fingers crossed for the next anniversary album tour!