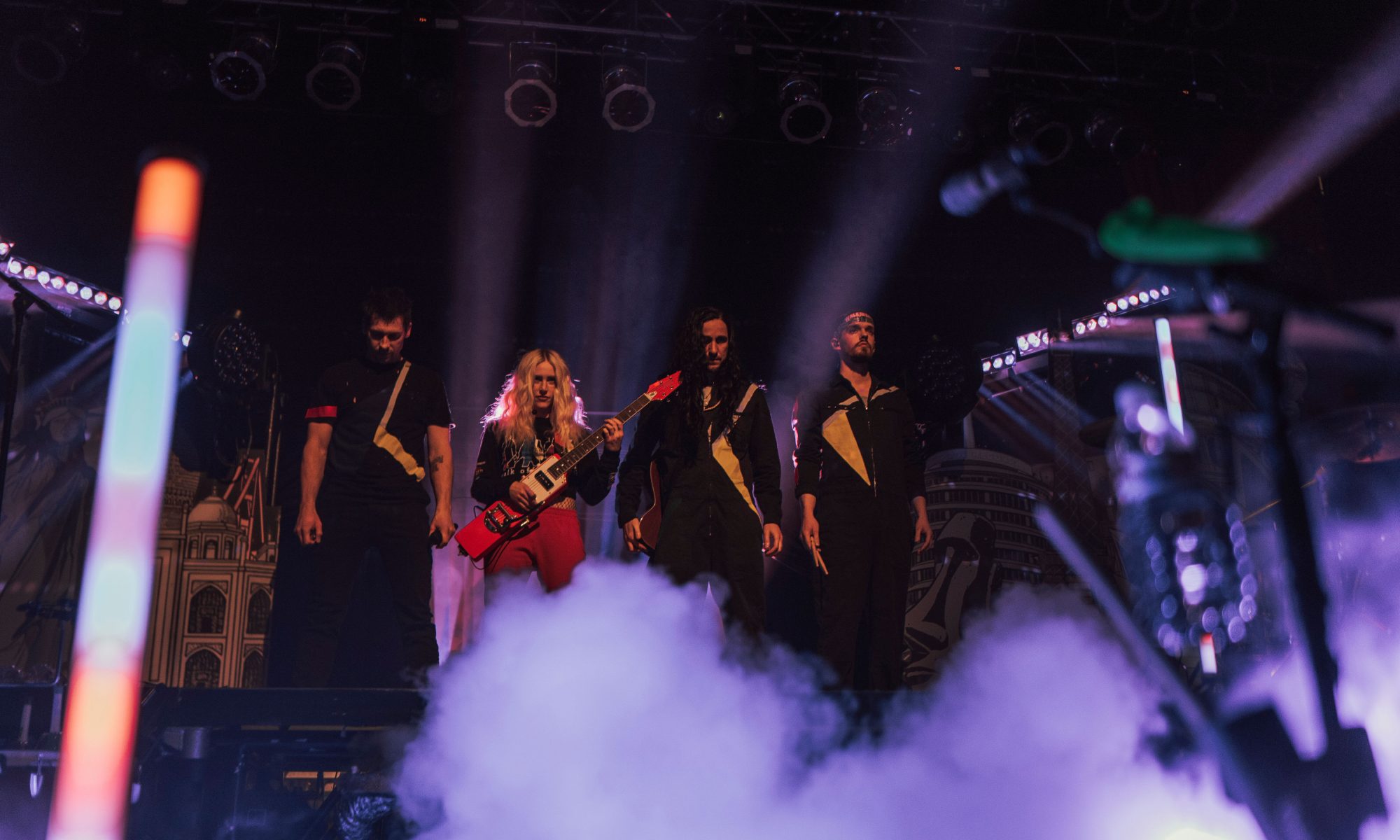 Walk Off the Earth kicked off the U.S. leg of their world tour on Tuesday night and Salt Lake City was lucky enough to host it. The Depot was filled from the barriers all the way to the back of the venue with people of all ages anxiously waiting for Walk off the Earth to come out. Their set began with a video of them accidentally being in Tampa instead of Salt Lake City and the race to get there on time. After the video ended, the room went dark and everyone screamed with excitement.

I’ve been to The Depot many times, but Walk Off the Earth completely transformed it into a totally different looking venue with very fun and adventurous setup. The background featured Big Ben, The Taj Mahal, The Eiffel Tour, and many more. The lights used during the show went perfectly with each song and set the mood perfectly!

As the show went on, the crowd got louder as they had more fun. The crowd was extremely engaged and showed it by clapping, singing along, and dancing. At one point the band members ended up hopping into the crowd to have a dance party with everyone! They skillfully mixed their original songs with some really fun covers like “Hey Ya!” by OutKast, and “Girls Like You” by Maroon 5. Walk Off the Earth also included some creatively constructed mashups sometimes including up to ten songs.

A couple of major highlights from the show included them giving away one of their ukuleles and a tribute to a fellow band member, The Bearded Man, who recently passed away. The tribute included a video dedicated to him and asked the crowd to sing along to Bohemian Rhapsody as loud as they could. As the video played, they put a spotlight and lit candles on his piano.

They finished off the show with flashlights waving, confetti, and huge balloons falling from the ceiling. Every single part of this concert was exciting and fun, but the end topped it off as people were bouncing giant balloons back and forth, dancing, singing, and clapping.

This was my first time seeing Walk off the Earth live and I was thoroughly impressed. The energy and talent they brought was insanely cool. They brought out all sorts of weird looking instruments and all had on fun outfits. They absolutely killed it!

As for the venue, I usually think The Depot is great but with all the lights, fog, confetti, and everything else they used, I think a bigger venue would have really made this show beyond perfect. However, the sound quality in The Depot was great and made for an amazing show. I hope to see them again soon!

Fire in My Soul

No Brainer/ In My Feelings/ Irreplaceable/ Party in the U.S.A./ Roar/ Rich Girl/ Hips Don’t Lie

Sing It All Away

Hold On (The Break)