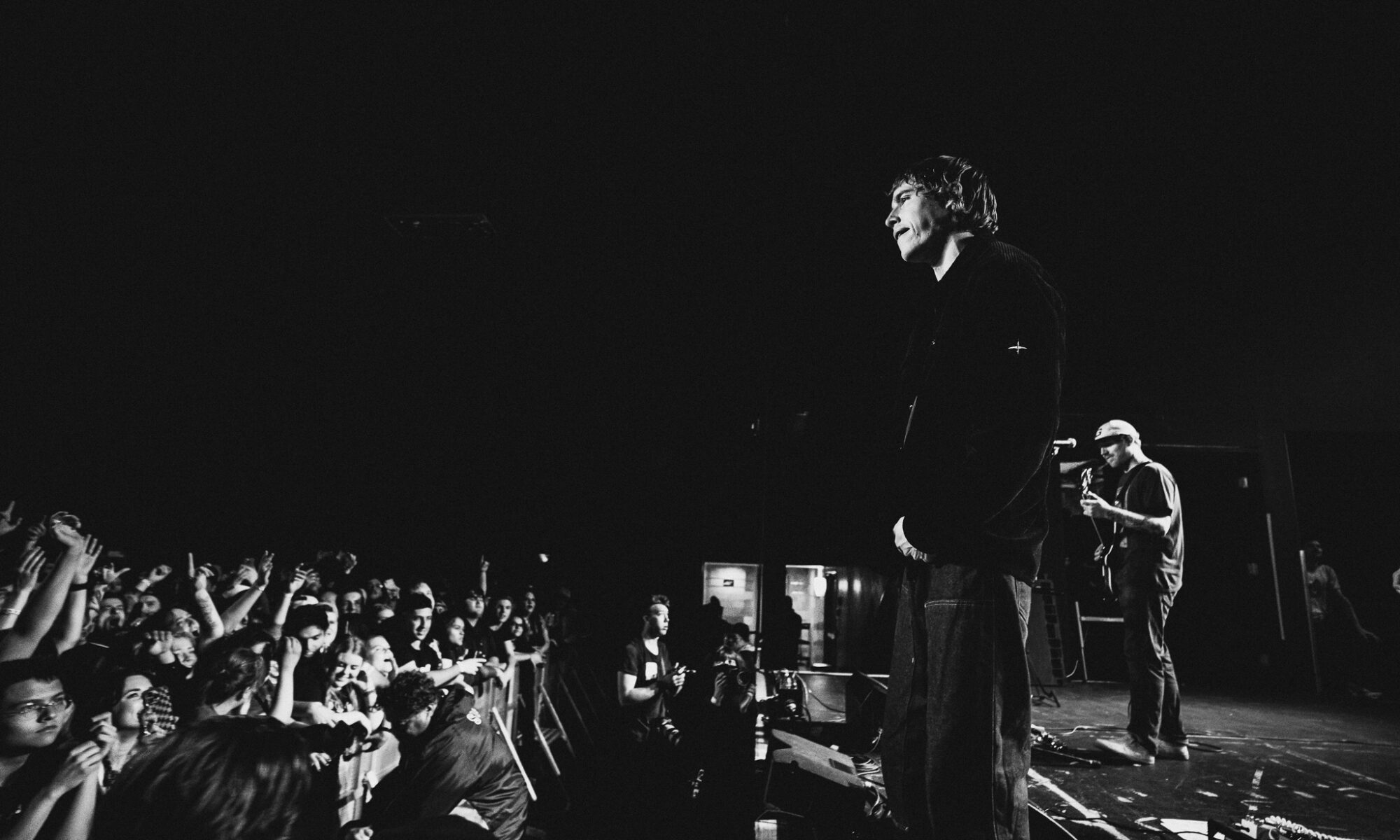 With this show being my first time covering a show at The Union Event Center I was heavily anticipating going to this show. On April 11th The Story So Far kicked off their full US tour for spring 2022. TSSF has been one of my favorite bands of all time and this was my first time being able to see them live due to COVID and previous issues with being able to get to their shows. So to say I was excited was an understatement. Not to mention how stacked the lineup was! It was just a perfect night for pop-punk listeners. Unfortunately, the weather got worse as the night started. So I, unfortunately, missed the first 3 songs from Microwave.

Starting the night off, Microwave played to a packed room. After a few days of travel from their hometown to SLC, They wasted no time blasting into the first song. You can tell they’d been anticipating this moment since the tour was originally canceled in 2019. They were just now getting to play songs off their three-year-old record Death Is A Warm Blanket. Starting with the song “Float to the Top”, the deep gravely bass and heavy guitars had already grasped the audience’s attention. There was back and forth screaming between the singer, Nathan Hardy, and his bassist. Going into their old hit “Lighterless”, the crowd screamed the opening line as soon as Nathan started singing. It immediately opened a mosh pit that would only grow with the night. Microwave plowed through their set, leaving everyone stoked for the rest of the night

The anticipation was even higher as Mom Jeans walked on stage 9 minutes early, playing random licks on their instruments, vaping, and getting the crowd hype. They blasted into their first song, and the moshpit immediately engulfed half the crowd in a huge wave of bodies. At one point the pit even opened up to people doing backflips in the center. This was my first time seeing them live and they definitely know how to put on a show. The bassist in particular had a great stage presence and had the crowd going crazy all the while running around the stage and spinning while having the time of his life. It was crazy seeing the crowd’s response as they played.

One of the members could throw their hands up for a slight moment and you would see this massive wave of hands enter the air. After the high-energy set, all the members talked about how excited they were to play shows like this on the rest of this tour. I’m definitely very excited to see them again once they make their way back to SLC.

Changeovers for each set were very quick and bands got to playing fast. After Mom Jeans left the stage, fans pushed up as close as they could to the barricade in preparation for Joyce Manor. Surprisingly, after both great sets from Microwave and Mom Jeans, everyone still had tons of energy loaded for the final two bands. Playing hits like “Constant Headache” and “Catalina Fight Song”, Joyce Manor had the crowd filling up the venue with echoes of the lyrics as they were playing. I hadn’t listened to too much of them prior to the concert so it was a pleasant surprise seeing them play such a sick set.

The Story So Far

Starting the night off slowly, Parker Cannon took the stage with lead guitarist Kevin Geyer playing their hit “Clairvoyant”. It was one of the coolest things being in a large venue with that many people screaming every lyric alongside you, I think it was a great way to start off the night. Then without hesitation, they got straight into the good stuff starting with “Keep this Up”. I’ve never seen that amount of crowd surfers going at once. There weren’t at least 3 to 5 people surfing throughout the whole song.

After that, they went on to play “Roam” which is one of my personal favorites. After the first three songs, I left the photo pit and decided to enter the moshpit with my camera which was super fun to capture. The energy the crowd had throughout their entire set made the first show on the tour a great success.

After a couple of songs, I crowd surfed out of the mosh pit, put my camera away, and went back in to enjoy the rest of the show with my best friend. They went on to play a 20-song set with songs from each of their albums. A good chunk of the setlist is from their newest album released in 2018 “Proper Dose”. At one point a fan crowd surfed up but instead of leaving the section in front of the barricade he ran up on stage and jumped back into the crowd.

The security guard didn’t really seem to like it but Parker applauded him and continued into the song he was playing. That was super sweet to see because the videos I have seen of them performing before at local shows in CA there was no barricade and fans would hop on stage with him singing their hearts out, while also jumping and surfing the crowd. It was nice to have that punk show feel at this one.

The band ended the show with “Empty Space”. They then thanked everyone for coming out. They left the stage unfortunately not playing an encore. But all in all the concert was one of my favorite ones I’ve been to.