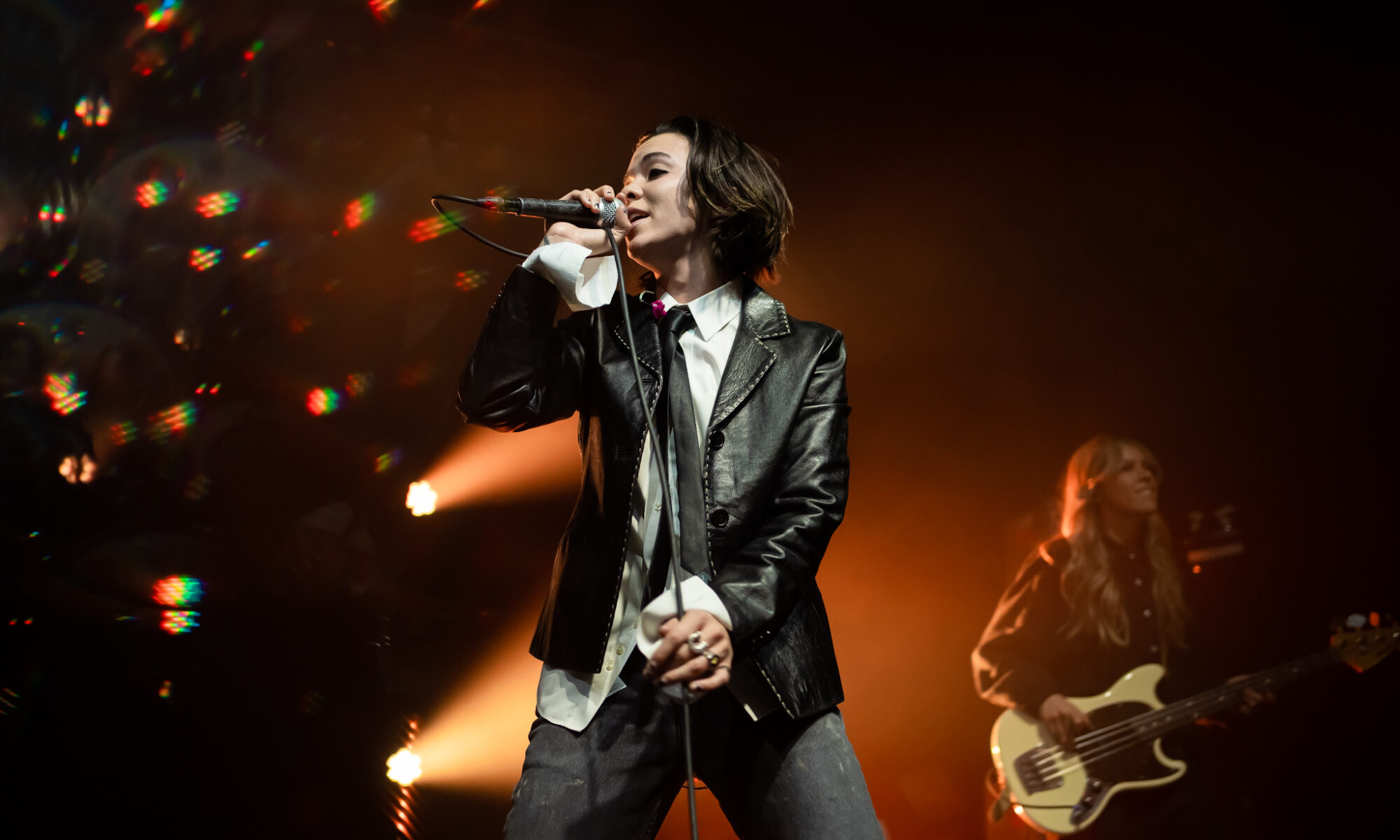 The origin story of The Aces, formerly known as The Blue Aces, is a really cool one. The band was essentially formed when they were preteens and they hustled through all of high school,  performing at local venues and building a local following. They started gaining traction as they were listed under the “Top 10 Bands in Provo” and other articles. Eventually, they signed with Red Bull Records and their careers took off!

They’re a symbol and a huge inspiration for other Utah local bands, who have seen that it can be done. Something I thought was extremely cool of them was to have The Rubies, another all-girl rock band from Utah, open up for them in their Salt Lake City show. In a way, it’s seen as humbling and giving back to the local music scene where they started themselves.

The Rubies were on first and you could tell there were some known fans in the audience. I saw people singing along to some of their more known songs and dancing happily while calling out the girls’ names. They also give off this rock n roll vibe that’s so awesome to see. I have heard of them and been following them online but this would be my first time seeing them live and I was super impressed! They were relatable and kind while interacting with the audience.  I could tell they were having so much fun on stage.

There was a second opener, Madeline the Person who was joining The Aces on multiple stops of their tour. She was super colorful and cute with her bright blue hair and butterfly wings. Her songs really come from the heart and you could tell how authentic she is as a person. She played a lovely set sitting on a stool with her guitar and just telling stories to the crowd about how she was found on TikTok and how it’s changed her life. Madeline also expressed her gratitude for The Aces bringing her out and shared her coming out story. She is overall a light.

When it was finally time for The Aces to come on the crowd was going absolutely wild! The lights shut off and fans were screaming in excitement, there was a sign a fan was holding that said “this is my 10th aces show,” which just proves how much of a loyal fan base they have here in their home state. The girls came out on stage and can I just say they totally owned it.

Cristal Ramirez is the lead vocalist and guitarist. The power and energy she has on stage is unmatched. She’s bold, daring, and extremely talented. It was really fun to watch. Her sister,  Alisa Ramirez is on the drums while best friend McKenna Petty is on bass and Katie Henderson is on guitar. The group has been playing together for over 10 years and their chemistry together on stage really shows! It’s one thing to be best friends for over a decade but to also be a band together is really awesome.

They showed so much love to their home state and expressed their gratitude for the crowd coming out and for always supporting them in their music careers. I’ve seen and photographed  The Aces once before and just like last time it was so much fun and a good time! The vibes at an Aces show are just so uplifting and wholesome. You can genuinely see why people love these girls and how they’re appreciative of it all.