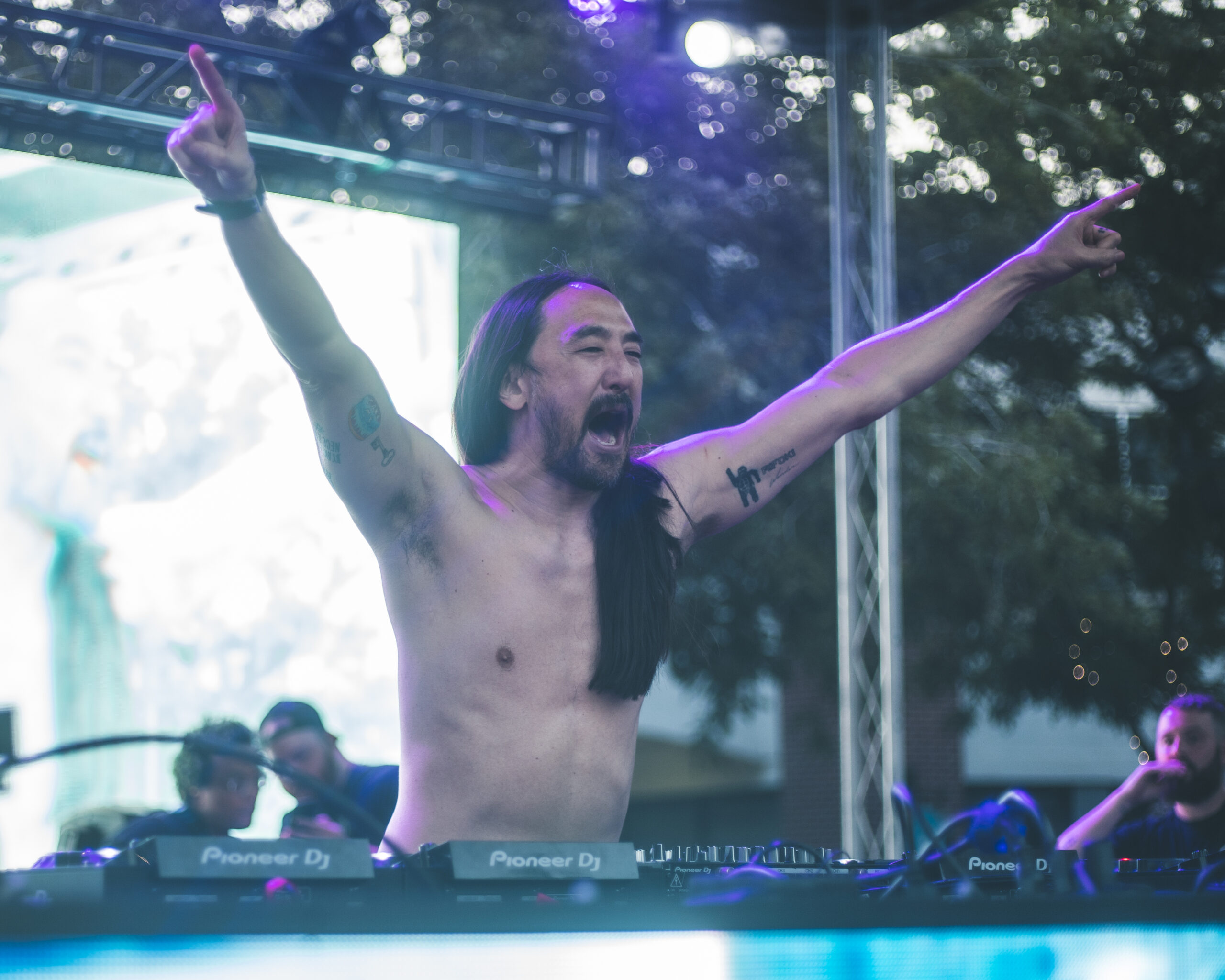 Concerts are back baby! Utah fans of EDM were in for a treat when DJ Royalty, Steve Aoki showed up to Salt Lake City to headline the inaugural Salt Lake City Live lineup at the Gateway. This was the first show I’ve covered since the shutdown. I was really excited to get out and be part of a live performance again!

The Gateway mall plaza was converted into a large outdoor stage venue. There was plenty of room close to the stage and the balconies surrounding the venue provided a nice VIP section for people who wanted to enjoy the show from a distance. I was really impressed with the setup.

New York-based DJ and Producer GATTÜSO went on at about 7 o’clock for his set. He has been building quite a following in the dance music scene and the crowd was eager to jam out with him. As he performed his set I noticed some Latin influences in his remixes along with some strong house music. His crowd reading ability was spot on and he had the whole crowd dancing his entire set!

It was an electric opening performance and set the tone perfectly as the sun began to set before Aoki’s set. I got the chance to meet  GATTÜSO backstage after his set and I could really tell he was passionate about what he does! The same energy he performed with on stage is how he really is!

Steve Aoki came out guns blazing! He hid under the table until the first drop where he then leaped up and the crowd erupted with cheers! Being a staple in the industry for so long, Aoki had an enormous catalog of music to choose from! He has so many hits! He was able to transition perfectly from song to song. The crowd was absolutely loving it. There wasn’t a single person not jamming to the beats. Even the security guards were bouncing their heads to the music.

There were some technical difficulties where the power cut out a few times. Being a new venue, and being the first major show following the pandemic, kinks like this are likely to happen. But the team resolved it pretty quickly and Steve walked out to the crowd and was talking to fans while they fixed his equipment. Once the tunes were up and running again the party was nonstop the rest of the night.

Steve brought out opening DJ, GATTÜSO to play their collab track “Losing My Religion”. Both artists hopped up on the table and led the crowd in some dancing! The catchy song bumped through the Gateway and the party roared on!

Steve debuted his new single “Siliwa Hay” at the show. The funky track was awesome! There were too many amazing songs to list them all but Steve played hit after hit after hit. Any real EDM fan knows that no Steve Aoki show is complete without the famous “Caking”. While many people held up signs saying “Cake Me” two lucky fans in the front row got to have the cake smashed in their faces. It was an epic ending to an epic rave!

Overall the night was full of amazing energy and good vibes all around. Everyone seemed to be smiling and having a good time and it felt like the first normal concert I’ve been to in over a year! Nothing like some live music to lift the soul!

Review and Photos by Kaden Severn. To see more of Kaden’s work check out his reviews on our site or go to simplybrilliantstudios.com