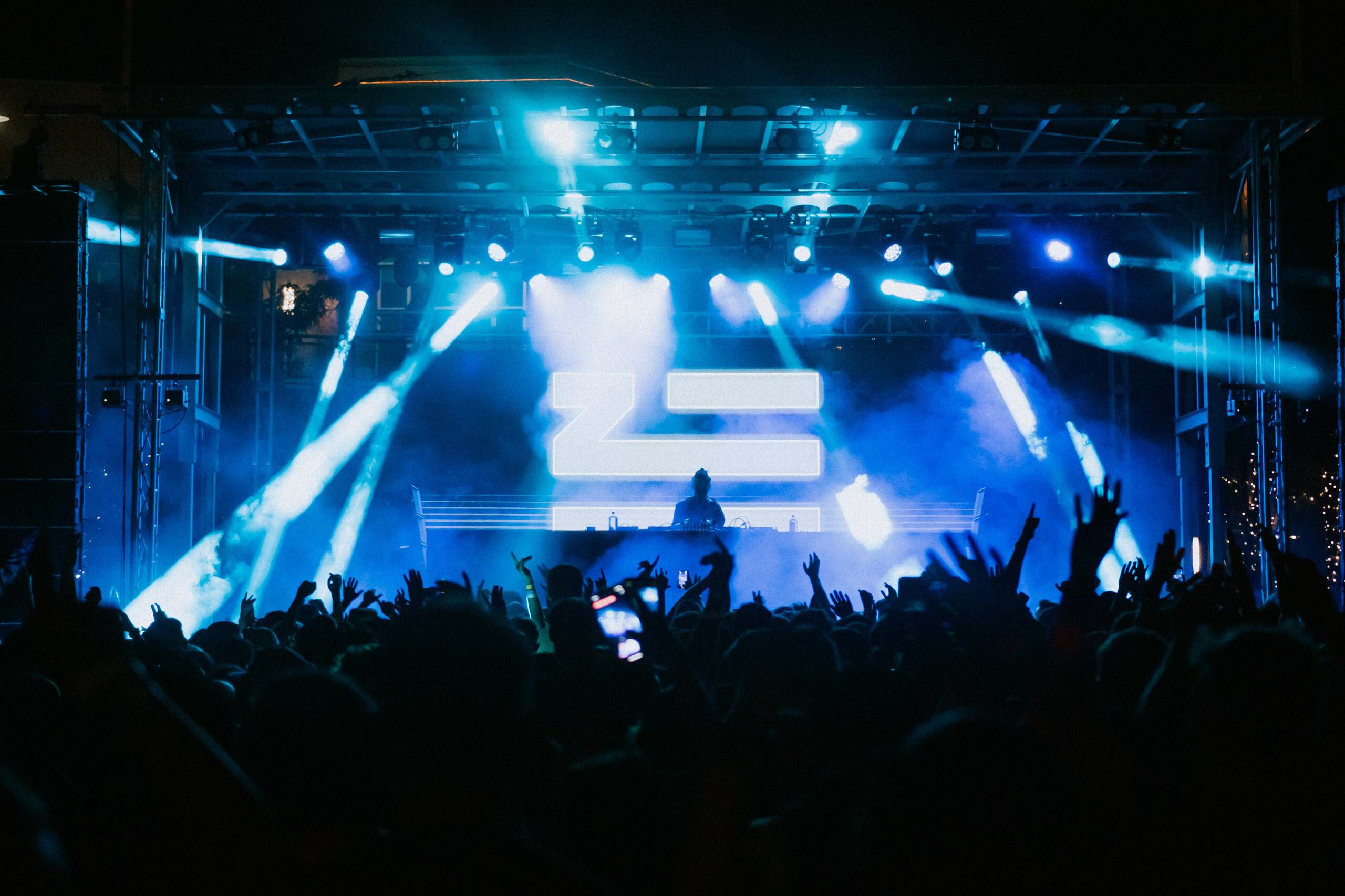 Salt Lake City Live has already established itself at a premier concert event in Utah to catch some of the best EDM DJs in the world.  Having already put on two sold out and extremely successful shows with two legendary DJs,  Steve Aoki and Diplo.  Their final event of the summer was no doubt going to be up to par with their previous shows.  Electronic producer and singer, Zhu was bringing his talents to Salt Lake City!

Saturday night, August, 28th, a party was going down at The Gateway Olympic Plaza in downtown Salt Lake City!  People from all backgrounds, communities, and groups came together for a fun night of raving. And to be honest, it was my first one! What a beautiful night. It was filled with so much happiness, dancing, and good vibes all around.

I got there as Ghost in Real Life was performing on stage and dropping some new mixes that have yet to be released. It was still light outside and early on in the evening but that didn’t stop a crowd from forming and dancing their hearts away towards the front of the stage. G.I.R.L.  Was super in tune with the crowd and was dancing along with the crowd on stage, getting everyone warmed up for tonight.

After G.I.R.L.’s set, Swayló took the stage. That’s when things really started to ramp up! It seemed that out of nowhere the crowd size tripled and the whole floor of the gateway plaza was packed tight. Swayló’s combination of visual screen effects and his fiery energy was so much fun to watch! People were crowd surfing and smiling as they danced to the house music. One thing I super love about raves is everyone’s creative outfits and self-expression! It was really entertaining to capture the crowd as they enjoyed themselves. Swayló played as the sun started to set and went all the way down. By now, the entire Gateway plaza, the grounds, the stairs,  the balcony was packed. The headliner of the night, Zhu was about to go on!

Zhu, the one everyone was there to see, came on stage, standing in front of his mixing table with his hands up, greeting the crowd. The screams and claps of pure excitement from the huge mass of people is something I’ve missed! Instantly you could tell that Zhu was feeding off the energy.  He was ready to start his set, which was incredible! The combination of crazy laser lights, deep base, dancing, and happiness in the air truly made it magical.

I left the pit area after taking photos and made my way around the crowd. Well, I tried to at least. It was so extremely packed. The only way I was able to get around was having to dance my way through the audience. That’s just how it is sometimes! But everywhere I looked I saw people laughing and smiling and jumping up and down with their group of friends. I ultimately reached the back of the plaza to get some crowd shots and everyone around me was SO nice. Asking if I needed a better view or if they were in the way.  I’ve always heard that the rave community is known for their super friendliness and niceness. It was awesome to experience that firsthand at SLC Live.

Zhu was so powerful on stage. At one point he stood up on his mix table and just took in everything that was in front of him. The crowd, the faces, the outfits, everything. People love him! I thought the Gateway plaza was perfect.  It was hard to believe we were in the middle of a mall.  It became an actual concert venue.  And outside venues are always my favorite! They definitely need to do more shows there in the future.

What a great night!