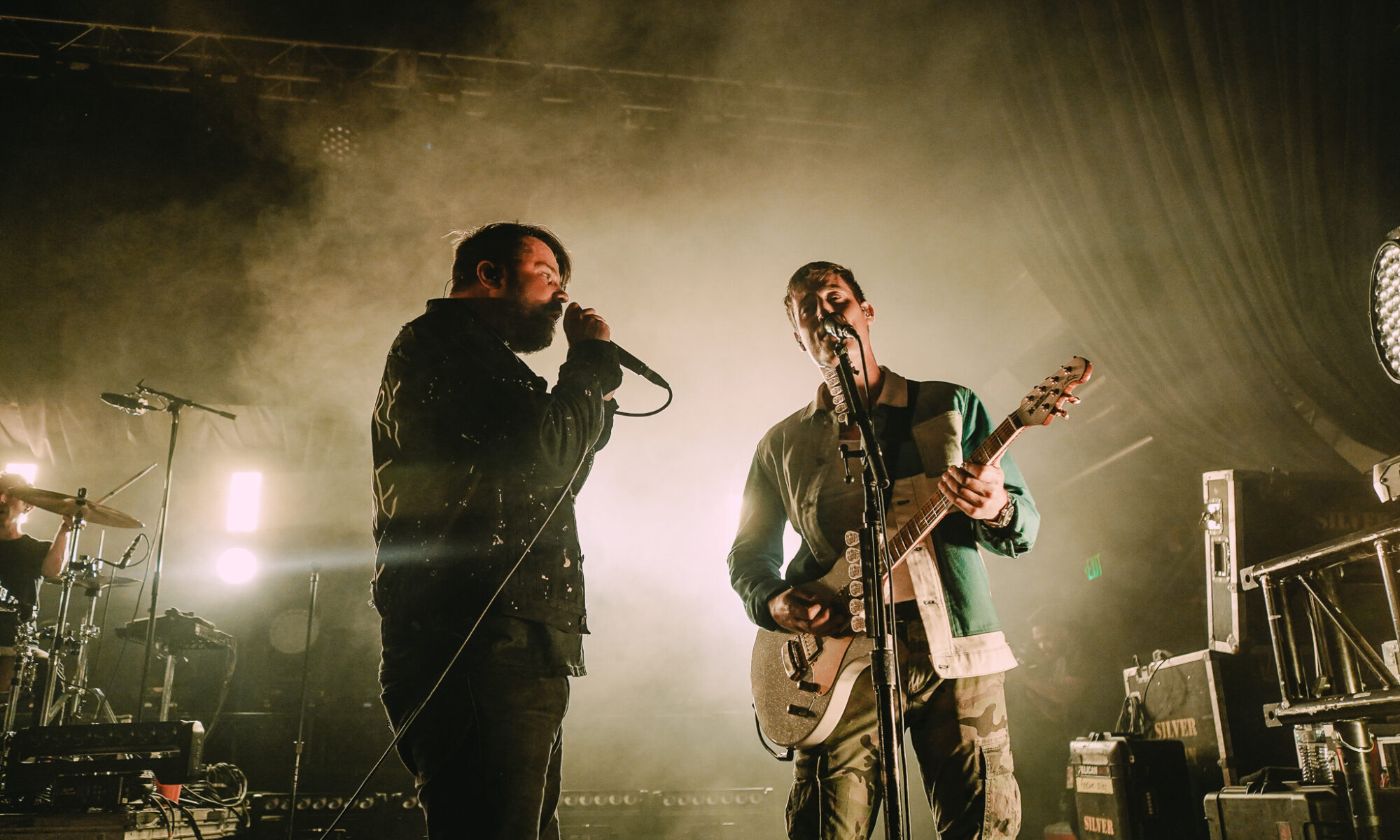 Reviewed and Photographed by Maralee Nielson

Silverstein and The Amity Affliction took over Salt Lake City at the Depot. They were supported by Holding Absence and Unity TX this last weekend on September 3, 2022.

A co-headlining tour is what everyone was wanting to see. Doors were at 6pm, but even by 5, 5:30 the line to get in wrapped down the block. Many wearing The Amity Affliction shirts, anxious to get inside to get the best spot. As doors opened everyone rushed in to get merch as well as those running to the barricade to secure a front row spot. The merch line ran all the way into the doorway where you walked into the venue.

Unity TX was the first up. Starting with flashing red lights, and the energy on stage was felt off the stage. Lead vocalist running back and forth, hyping up the crowd. Shortly after, was Holding Absence, they played hit songs like Gravity, as they all jumped up and down, ran across the stage, and were so interactive with the now, packed crowd. Everyone jumped with them, sang along, and gave full attention to their performance. The line for merch never slowed down, until The Amity Affliction, where everything was dropped, and people rushed to the middle of the venue to be in the pit.

The Amity Affliction started with ‘Coffin’ which was a great pick to open up their set. Immediately there were crowd surfers left and right. Being up front in the pit taking photos, security was all over trying to maintain a safe pit and catching the crowd surfers. Right at the start of The Amity Affliction, a crowd surfer slipped from security and fell and had a hard time getting up, but lead vocalist Joel Birch stopped, reached out and shook his hand and patted his head to make sure he was alright. Seeing artists stop when they see something wrong, and taking action is what the music scene really needs more of. We need less tragedies.

The Amity continued their set, playing all of the fan favorites ‘All My Friends Are Dead’, they even played Chasing Ghosts which is one of my favorites. Joel the lead vocalist was so animated and vibing with the crowd. They were just here a handful of months ago in Salt Lake so they were glad to be back. They also played ‘Like Love’ which is one of their most recent releases. The crowd was here for them, it was hot, my camera lens on my phone was fogging up due to the amount of warmth and being in a room of sweaty bodies.

The Amity Affliction ended with “Soak Me in Bleach”, which is another crowd favorite. They were raw, showing all the emotions that the crowd had. As they finished, a good amount of people started to funnel out of the venue as they were only here to see them, as others just showed up in time to see Silverstein.

In between sets, everyone talked about how The Amity Affliction stole the show, they had so much energy, beautiful blue and green lights, playing all the songs we were wanting to hear. They could play for another hour and everyone would not complain. The merch line started to tone down as the crowd got ready for the final band, Silverstein.

9:50pm is when they were to go on, as that came around you could see them backstage and individuals in the front yelled out to Shane the Lead vocalist, and waved hi to them.

The time comes, and they come rushing on stage, starting with ‘Infinite’. Again, crowd surfers made their way to the front, not as bad as the Amity, but still a flow of crowd surfers for security to be on their toes to catch. Silverstein did not let down, they were back in one of their favorite salt lake city venues they have played before to the same crowd, the night was still young as they continued to keep the energy high, and play some older classics like ‘Smile In Your Sleep’ and ‘My Heroine’.

In the middle of their set, they spun a wheel to pick songs and I loved that aspect. The vocals were clean, Shane is an absolute legend. I was hoping they’d play ‘Bankrupt’ but they didn’t unfortunately. It was still a night with legendary bands. As the night was nearing an end, some were leaving early and talking about how incredible the night was on their way out. This Co-Headlining tour is exactly what the fans in Salt Lake were needing.