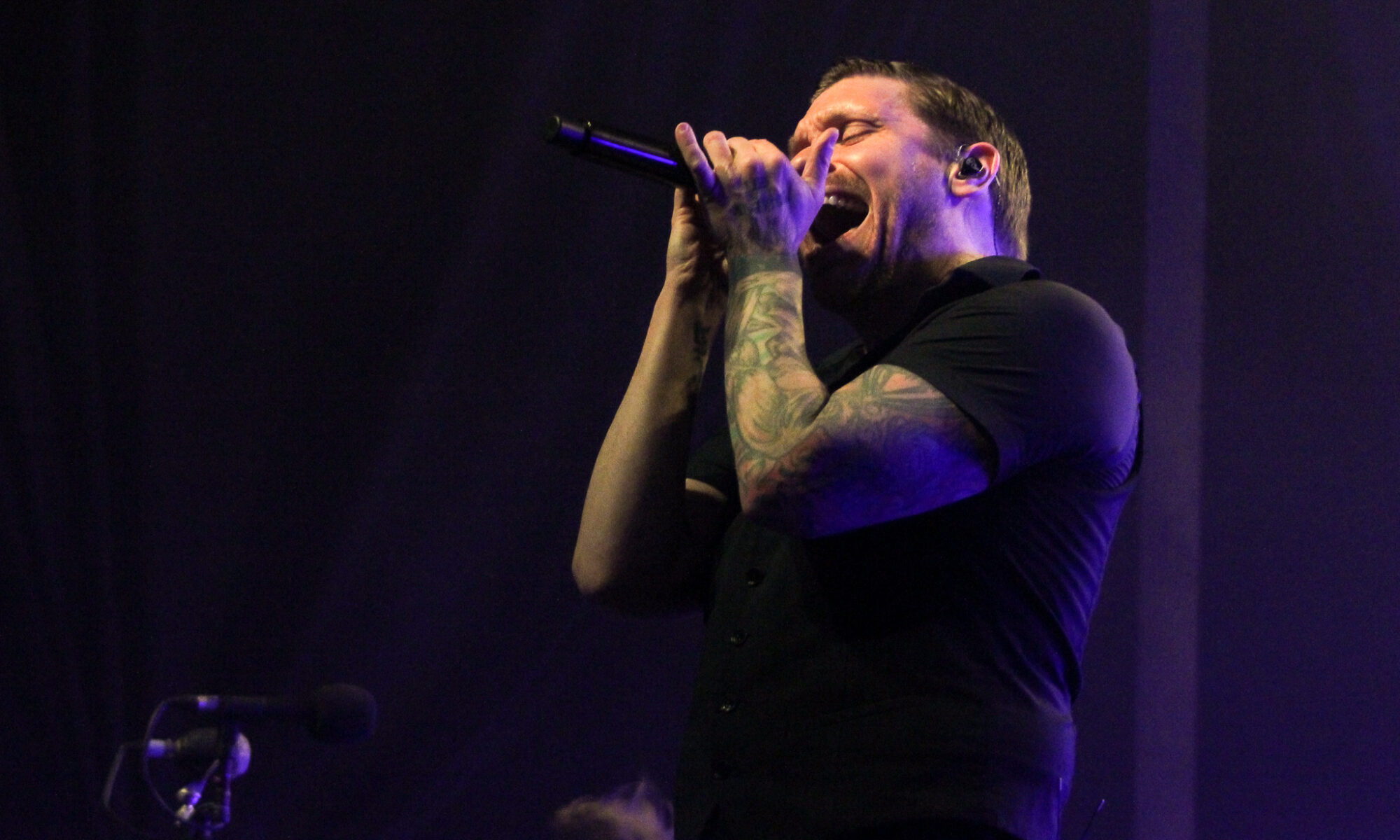 It was an interesting night for Salt Lake City on Wednesday, February 2 with the Shinedown in town. Seeing as it was a sold-out show, fans were determined to not miss a single minute of it. The line for the venue wrapped around the corner. It stretched all the way to the back end of The Complex. Everyone was buzzing with excitement for the show. After recently seeing several bands show up with multiple openers some thought it might end up being a short night with only one opener for Shinedown. It was going to be far from a short night. Ayron Jones played a usual set of 30-minutes. But Shinedown had a stacked setlist that ended up being 2 hours long!

Ayron Jones and his band had a sound mixed with many different elements from soul, to a little bit of hip-pop. He had quite a few fans in the crowd who cheered him on through his set. And those who hadn’t ever heard of Ayron Jones were nice enough to give him all of their attention. Ayron Jones guitarist and bassist had some of the best energy I’ve ever seen. Despite the 8-hour drive they had to endure to get to Salt Lake City, they bounced around back and forth on the stage and got the crowd riled up.

Jones didn’t have much to say. It was an all-around good set. It was nice to enjoy some good music and get warmed up for the night with Shinedown. Everyone was living for the guitar solos. As every minute passed, the Rockwell side of The Complex just got further and further packed with eager fans.

Shinedown’s intro to kick off their set very much sounded like a stadium type of intro. With a booming voice to start and quick flash bursts of light, they questioned quickly who in the audience tonight were first-timers. To my surprise a majority of the people in the crowd were first-timers. They were definitely in for one of the best shows. Their setlist was the perfect mix of newer songs like their latest single, “Planet Zero” to their older songs like “Fly From the Inside”, “Sound of Madness”, and “Second Chance”.  They felt all of the love in the room but what they wanted to know most of all was if everyone brought their dancing shoes and their singing voice.

Salt Lake definitely proved to do so. The entire night there wasn’t a single moment where I didn’t hear the crowd right along with vocalist Brent Smith. Just like I was the first time I saw Shinedown years ago, I was still impressed by Smith’s vocals. There were plenty of moments throughout the night where they gave mini speeches about how much they appreciated the music community and all of their fans.

My favorite one by far would be before they played, “Get Up”. Smith gave a speech about how this life is so unknown and you never know what could happen. Shinedown had a quick moment of silence to anyone in the room who had lost someone and this song would be for them. They had all the fans bring out their phone lights and lighters. They kept them up all throughout the song leaving the entire room lit up solely by the crowd.

It was a memorable night for everyone there. Memorable for the people who got the chance to see Shinedown for the first time, those who were seeing them again, and for the Shinedown having the entire show completely sold out. Shinedown is one of the few classic bands still doing it on this level. I highly encourage anyone to see them live when given the chance. They don’t disappoint in the slightest.