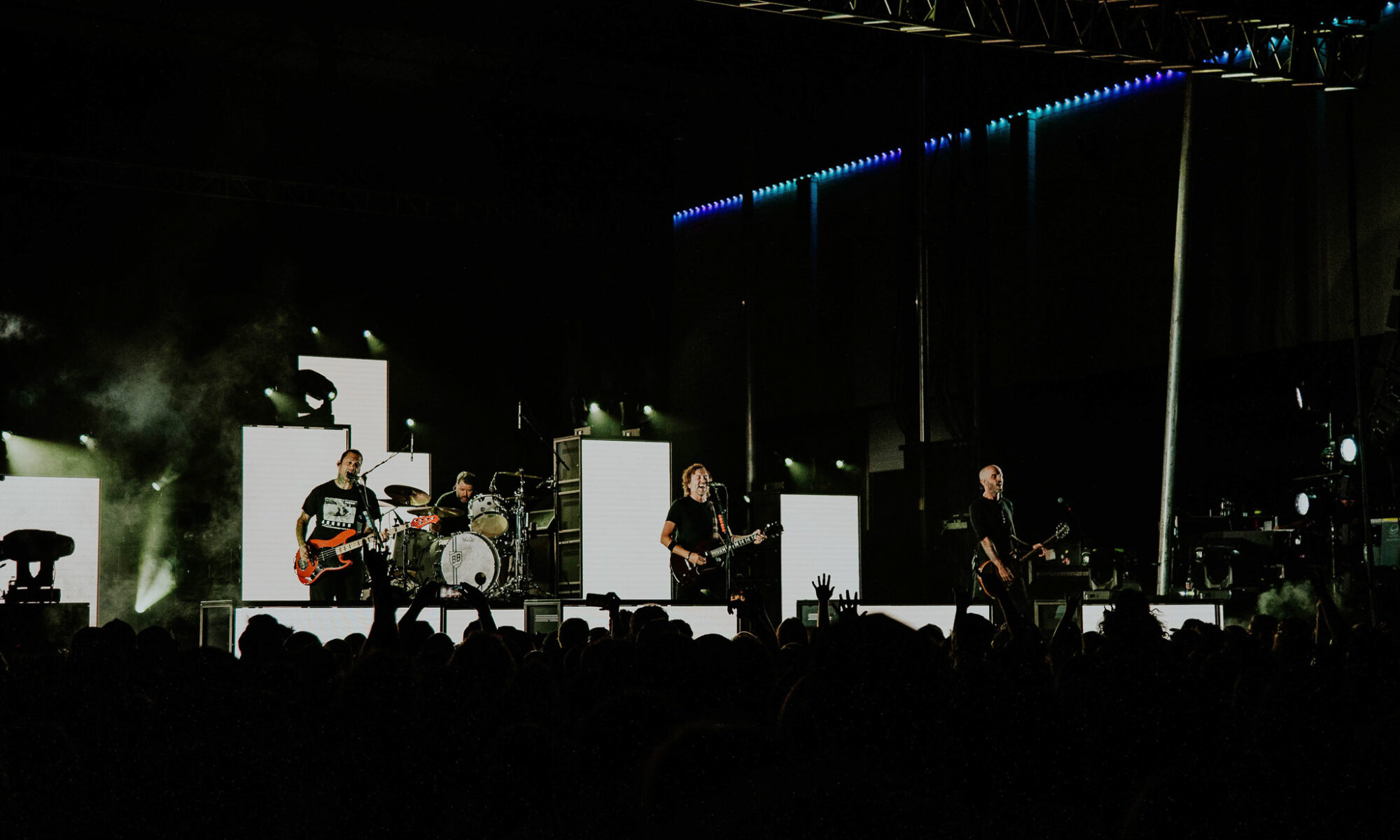 I was counting down the days for the Rise Against show. Growing up, Rise Against was one of the few bands that I listened to daily. Going to as many concerts as I have been to all my life I was ashamed to say that I’ve never seen Rise Against perform live! So I was stoked to finally cross it off my bucket list.

When I arrived at The Complex, I noticed that the show was going to take place on the lot and not inside the venue. The Complex is a venue I’ve been to more times than I can count on one hand. I’ve only experienced a show in the lot once before and always wished for another show there. So thankfully when Rise Against played there. It was almost a sold-out show. The crowd of all ages was so excited to be experiencing live music again. I’ve only heard good things about Rise Against live so I went in with high expectations. The openers were The Menzingers and Descendents. I hadn’t heard any word about how they perform live so I had no expectations. Other than the fact that they sure got some good music.

The Menzingers kicked off the night and the minute it hit start time. They came running out with full force and a blast of energy. Following just seconds after the rest of the crowd was jumping off their feet cheering them on. I was quickly impressed with the entire band and my inner punk had been touched at and reignited. It was a struggle to resist nodding my head and bouncing on my feet while I was in the photo pit. The band was grateful to be back on stage again. They were happy to be playing these songs and connecting with people on the road.

While they had a shorter set time, The Menzingers combined it with the perfect mix of their most popular songs and a couple of gems off their other albums. I was happy to hear their most streamed songs. Songs like the closers “I Don’t Wanna Be An Asshole Anymore” and “After the Party”.

Quickly following with an absolute killer setlist was The Descendents. They’re a band that I am a firm believer has made such an imprint in the punk rock industry. It’s hard for anyone to not know them. After the first song, the Utah crowd cheered and welcomed back home the guitarist, Stephen Egerton. I can’t seem to find the right words, but something about knowing that no matter how long or short someone lived in Utah, just knowing that someone was part of your home state is heartwarming.

I could tell many people throughout the crowd were very proud of that fact. Egerton himself was on stage and stated very proudly he was happy to be back in Utah. The Descendents set was so amazing! It was hard for me to believe that they only played a thirty-minute long set. I couldn’t tell whether it was how much I was weaving my way in and out through the crowd that really sped up time or just that the crazy energy was non-stop.

The second intermission began and crew members raced against the clock to set up for Rise Against to take the stage. The Majority of audience had filed in and the lot was really looking packed. People were making their way from inside the venue to secure a good spot in the lot. Conversations within the crowd included, how the show was going so far, what songs could the band be playing tonight, and everyone’s past experience while attending a show.

When Rise Against took the stage it honestly felt like the perfect moment. The sun had set, and blue hour had dissipated. Rise Against started off their set with, “The Numbers”. It has a perfect intro to the album and was the perfect kickoff to the night. From the killer guitars’ riffs, Tim Mcllrath’s amazing vocals, and the entire set up of the stage with a crazy light set up, I was completely blown away. The band had completely exceeded my high expectations with their performance that night. Usually, my feet are non-stop moving throughout a show. I’m soaking up the performance from running around and viewing it all through my lens. But that night I definitely found myself at a standstill more than I usually am. I was singing along to the songs. It was hard to resist and I wasn’t disappointed in the slightest.

For many people, Rise Against was people’s first show back after enduring the world shut-down from the pandemic. When hearing the crowd’s reaction asking who’s first show it was back the smiles on the band’s face grew and they felt truly honored to be that type of milestone. While it wasn’t my first show back after a whole year without them, I was very excited to finally join the fan base in raving about Rise Against’s amazing performance. It’s definitely a show any punk fan shouldn’t miss.