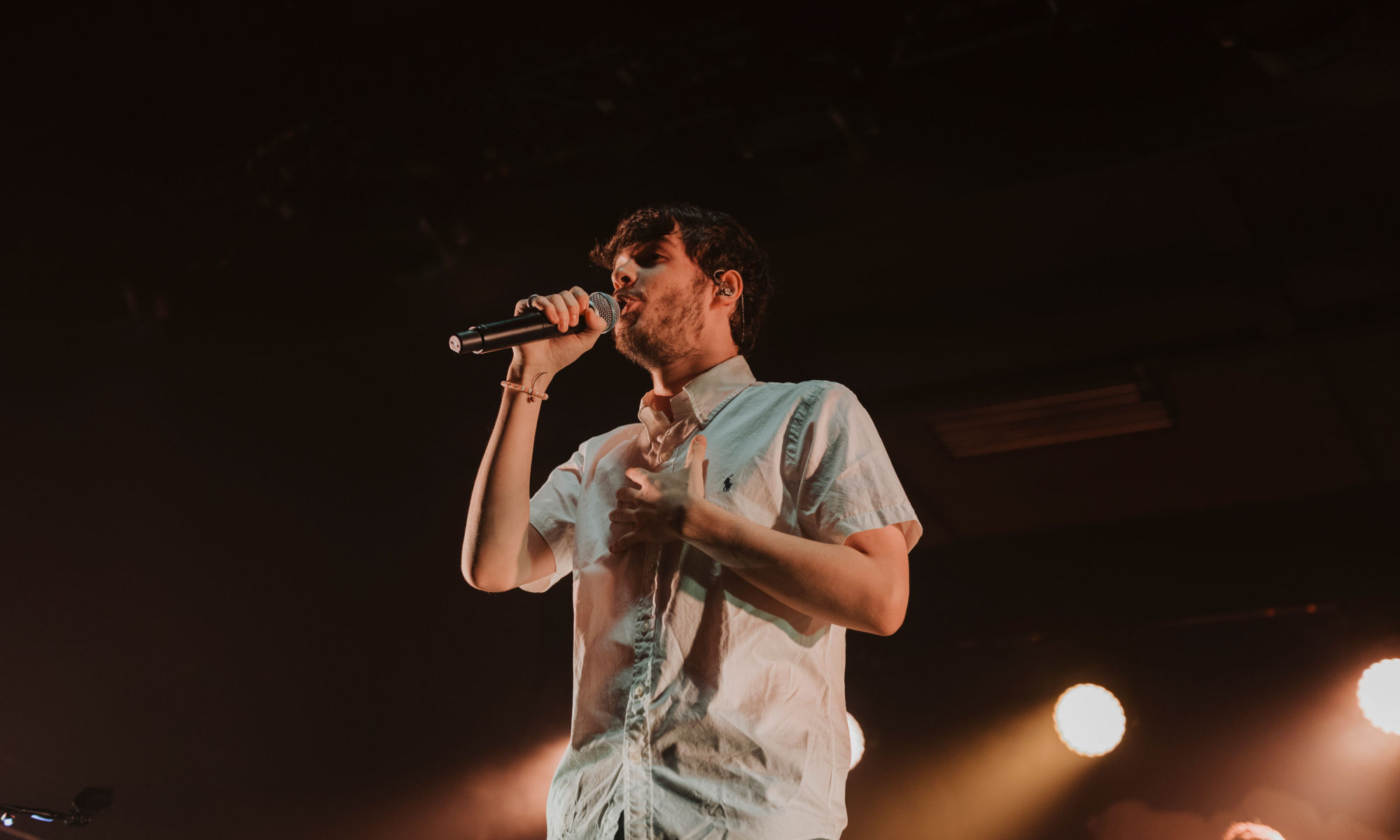 Rex Orange County made a stop for the first time ever in Salt Lake City and I think it’s safe to say everyone will be begging for him to make another stop back. Fans started lining up outside of the Union Event Center as early as 5am all bundled up for the long wait outside that they had ahead of them. Was it worth it? Absolutely. Doors opened at 7 PM and the show began at 8:45 PM. I usually love openers but I really liked how he didn’t have an opener so he was able to play a longer show that was focused on him. A lot of times, people won’t show up to shows until later just so they can solely see the headliner but with this show, it gave people plenty of time to get in and get ready for possibly one of the best shows Utah has had.

The show was started with him sitting at his piano with a spotlight on him, playing the first song on his new album called “10/10”. It began with a slow intro on the piano and then picked up. The lights got bright and the crowd began dancing. From the get go, I knew this concert would be one of the best I have ever attended. The stage was decorated with grass, flowers, a bright blue sky, and clouds. I couldn’t think of a set up that would have fit Rex Orange County’s personality and music more! I think they perfectly set the mood with everything from the set to the lighting.

I think the Union was an amazing venue for this show. It was my first time there and I really enjoyed the venue! There isn’t really much parking around that venue so unless you show up super early, plan to find parking with a bit of a walk. The sound at The Union was amazing. I think they picked a great venue to play their first show in Salt Lake!

This show had so much energy and everyone couldn’t stop dancing. I’ve said this before but this was hands down one of the best concerts I’ve been to (and I’ve been to MANY SHOWS). It was a show where you didn’t even want to pull out your phone to record anything because you were so focused on being in that moment. There were many times throughout that concert that I already knew I was going to miss each moment I was in.

A year or so ago, a video circulated around twitter of Alexander(the singer) singing “No One” by Alicia Keys and after watching that video I KNEW I needed to see him perform that live. Luckily for us, he sang it and possibly the best rendition of that song that I have ever heard. There is so much talent in Alexander’s body, it is insane. He not only has an amazing voice but his stage presence is also one of the best I have experienced.

Quinton Mann who was in the front row and had made Alexander a flannel with his Pony logo on it and Alexander showed his excitement and had the crowd give Quinton a round of applause. It was awesome to see how grateful he was for that gift. There was a part of the concert when he was singing “Never Had the Balls” he asked the crowd to put their phones away and said he wanted that moment to be between him and everyone at the show and no one else. Everyone was jumping up and down, there was rainbow confetti everywhere, and the energy in the room was so strong. That is a moment that I don’t think I’ll ever be able to forget. I appreciate when artists do that because too often do we get caught recording the show on our phones rather than living in the moment.

I wish there was a way to properly describe this show but there aren’t. My only piece of advice is if you haven’t seen a Rex Orange County show… Find one and GO. You will not regret your decision. You will be dancing, singing, and possibly the happiest you have ever been. I was lucky enough to experience this show with my best friend, Breonca, and it’s a memory that I will have with me forever! Rex Orange County has been our favorite for many years now and it’s solely because the way his music makes you feel. He has a very positive message with his music. It’s music that makes you feel good and the production of his concert was a perfect reflection on him and his music.

Television/ So Far So Good

Never Had the Balls

It’s Not The Same Anymore