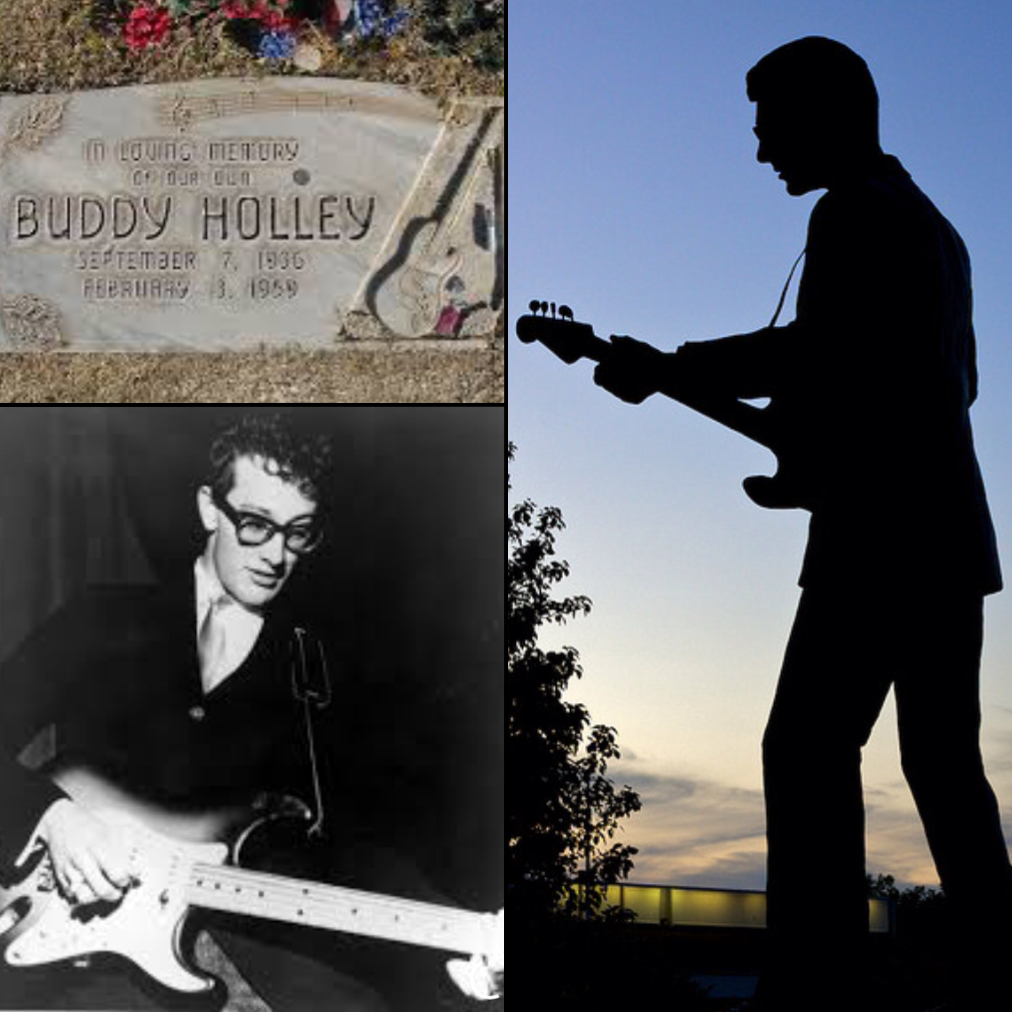 Buddy Holly tragically passed away 56 years ago today. He has always been one of my all time favorites, and I would have loved more than anything to see him perform live. Buddy is a legend in the music industry, and will forever have his fans, but he seems to be forgotten when people discuss the greatest influencers of Rock N Roll. But without Buddy Holly, we may not have had The Beatles, and without the Beatles, well, it’s hard to imagine what music today would be like. I often wonder what it would have been like if he had never boarded that plane. What would we think of him now? What would his music have meant to us if he was around longer? How much would we be praising him for his engineering skills in the studio? We’ll never know, but considering all he did in his short 22 years, I think it’s safe to assume he would have left an even greater mark on the music world had he lived.
I thought rather than me ramble on and on about how much I love Buddy, I would post a few videos from some of the best in the music world, and how much they love him. Enjoy!

Phil Everly of the Everly Brothers on meeting Buddy

Dave Stewart of the Eurythmic’s on how Buddy influenced him, and imagining what he would have done later in his career.

Here are a few of Paul McCartney clips on how Buddy influenced him and his fellow Beatles, from style, to songwriting, etc.

And finally, since this website is meant to focus on live music, here are two clips of Buddy himself performing live.