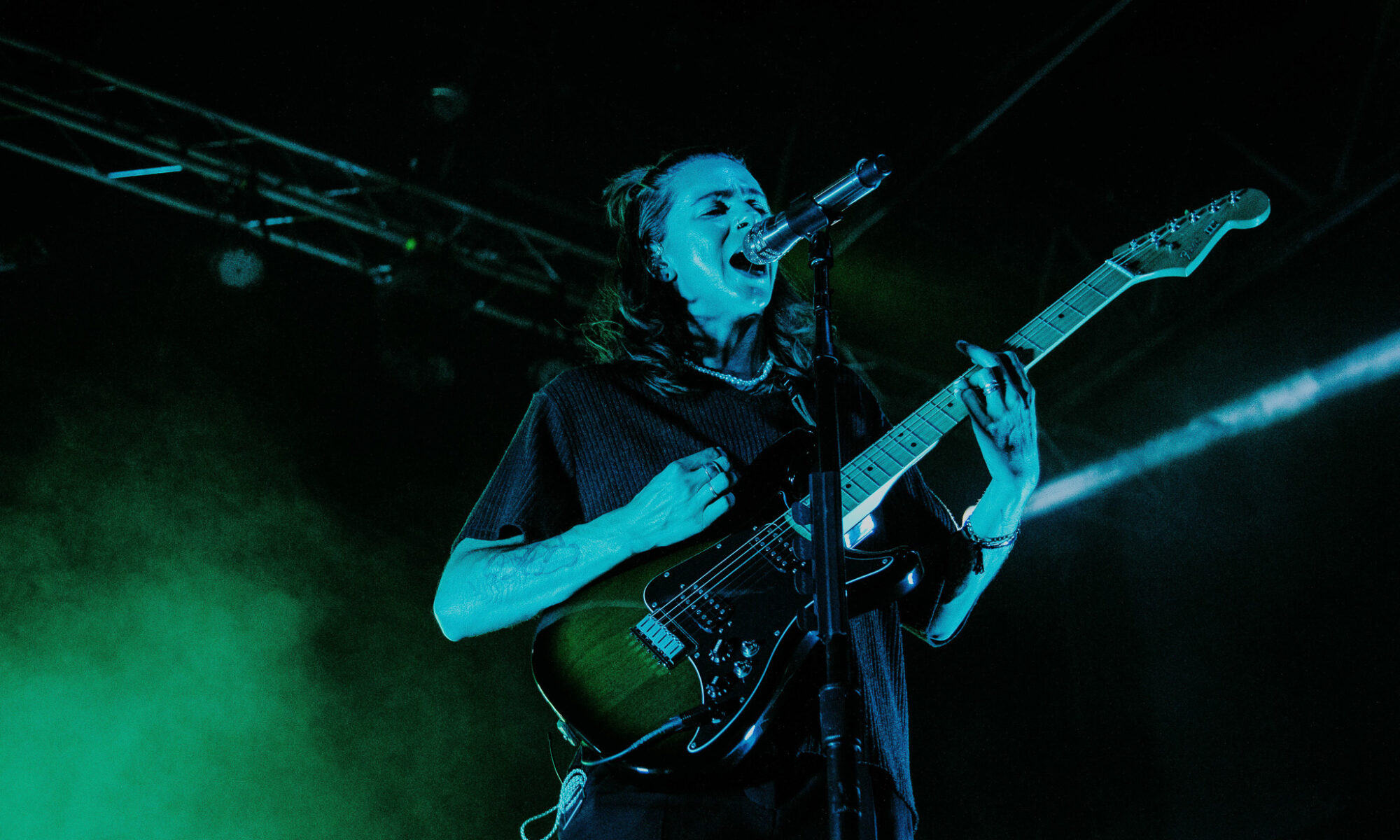 I’ve been a fan of PVRIS for years now. I first saw them on a Vans Warped Tour in 2013. From then on I’ve seen PVRIS eight times and I haven’t grown tired in the slightest. Every single time I’ve seen them it’s always been something new. Whether it’s Lynn’s hairstyles, a new era of the band’s sound, being different from before, it’s always new and always amazes me. I knew that night wasn’t going to be any different.

Normally I’ve always known at least one of the opening bands on the bill for PVRIS’s headlining tour. However, this time around I was clueless. I’m not one to shy away from listening to someone new. Normally there’s a minimal reaction from the crowd towards openers. The majority of people don’t know them so they give a modest reaction. That night wasn’t even close to what usually happens during opening sets. Everyone in the crowd was cheering when Royal & The Serpent strutted on stage. Following closely behind her was support from Beauty School Dropout. Their outfits made it seem like we were throwing back to true 80’s rock band vibes. I was living for it! The music falling under the indie-pop genre but lyrically it felt heavy on “Rebellious Ways”.

It didn’t take me very long to realize why they were such a crowd favorite. It wasn’t just every other song that the crowd cheered. The crowd was into was every song! While I was in the photo pit, I glanced over my shoulder in fear that a crowd surfer might come barreling through on me. Everyone was jumping and even with masks on I knew that everyone was screaming lyrics at the very top of their lungs. Royal & The Serpent made it a little fun by throwing in a Juice World cover which got the crowd raving.

The entire thirty minutes I was thinking I never heard of these guys. But the last song I knew very well was, “Overwhelmed”. A very popular song that even became a trending TikTok audio for some time. It was a fun set to watch. They definitely kept me on my toes with their stage performance. It seemed like every second, they were doing something crazy from racing back and forth on the stage and banging their heads so hard. It created some amazing action shots!

When PVRIS took the stage, I had to do a double-take, I had been so used to seeing them walk on stage as a group of four with the occasional five. This time around PVRIS has been bumped down to a three-person group. Despite fewer members on stage, the energy was all around the same as it had been before. Lynn kicked off the night by performing the newest singe “Monster” which follows their newer sound. We heard this style first off of their latest album Use Me. They’ve strayed down the path of alternative with a perfect blend of pop with the electronic beats that Lynn often teases us with over social media.

The first song had the entire crowd from front to back off their feet. As I stated before, the band has been through a lot when changing up their sound. While we don’t know if we’ll ever hear the sound of Alternative and Pop Punk like from their first EP, White Noise, the band never disappoints. For Die hard PVRIS fans they always throw it back. We got the pleasure of hearing “St. Patrick” but with a slight twist of a slowed chorus at the end and the fine tune of an electronic beat to fit their style now. I found myself in a moment wishing we had a recording of this version because I loved that version just as much as the original.

As “St. Patrick” came to a close, the band had finally caught sound of the show happening across the hall which was a rock concert. Lynn had questioned out loud who it was and joked about how maybe we were all better off catching that show rather than theirs. The crowd quickly shouted back that their show was the true rock show. A comment like that had put a smile on the entire band’s face. They were reminded once again how much love their fans had for them. Even if the show across the way was a lot heavier and crazier.

Lyrically Lynn has always written songs that touched everyone’s hearts in a heavy way. Their second studio album, All We Know of Heaven, All We Need of Hell, came out at a time where the majority of the fanbase needed it. Those songs hit hard and heavy. Some may be opposed to hearing those types of songs live in fear that it could bring down the mood and argue that you go to a concert for all the upbeat and high energy songs. PVRIS fans would disagree. We still have lyrics that hit home in “Old Wounds” and “Death of Me”. I was really thankful that these songs were part of the setlist. However, we got to also hear “What’s Wrong” and “Half” which were part of the second album. They’re just the type of songs that hit different live and are worth listening to at a show.

The band perfectly blended songs from all three albums. PVRIS decided to add a fun surprise to the setlist by performing a new unreleased song called, “If I Don’t Wake Up Tomorrow”. With a slower tempo, it will for a fact be another gut-wrenching song. We’re all crossing our fingers for a release soon!

When traveling to Utah, the band has always makes it known that altitude sickness hits them hard. For someone’s who’s been to a PVRIS show in another state, I could say there’s a difference. Despite sickness and in some past situations being told to be on strict vocal rest, PVRIS brings the biggest energy they could conjure up. It is an all-around amazing experience and I never leave a show disappointed.