I’ve seen Pentatonix over the years on talk shows, award shows, YouTube, their cameo in Pitch Perfect 2, and this years’ A Capitol 4th in Washington DC on PBS.  Clearly, they’re a really tight and talented group.  However, I was really curious to see them perform in their own headlining show.  I wanted to see if it was actually possible for an acapella group to pull off an entire 90-minute concert in front of fifteen thousand plus fans.  Well, judging by the fifteen thousand plus, they most certainly did.

I find it amazing that without any live instruments, or even backing tracks, a vocal group can sound that in tune for a whole concert.  The thing we concert-goers don’t always realize is that in the moment, we’re excited to hear a song, and many times we’re singing along, so we can’t always tell when a band goes slightly off-key momentarily because there is usually so much other music, effects, and our own voices hiding it.  But with Pentatonix, it’s impossible to hide those moments. The remarkable thing to me is they never seemed to have any of those moments. I noticed a few times Kristin Maldonado had to remove her inner ear monitor. That can happen due to feedback, volume issues, including not being able to hear your own vocals.  But the impressive thing was that she didn’t miss a note. She just carried on and reinserted the monitor when the song was over. This tells me just how locked in these guys are. They’ve practiced and performed so many times it’s as if they almost don’t even need to hear to blend with each other. 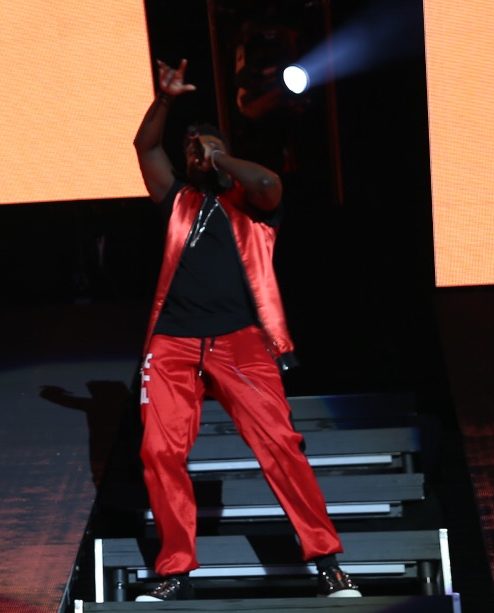 Each member of the band could be the lead singer of their own group.  That’s how strong and talented each vocalist is.  Including Kevin Olusola the group beatboxer. Which seems a little unfair.  He’s the beats guy. He shouldn’t also have such a rich high caliber voice. Not only does he have quality vocals, and top-notch beatboxing, but he also plays the cello exceptionally well.  In fact, there is a segment of the show where Kevin breaks out the cello for the only moment of the show involving a musical instrument. It was one of the biggest highlights for me. 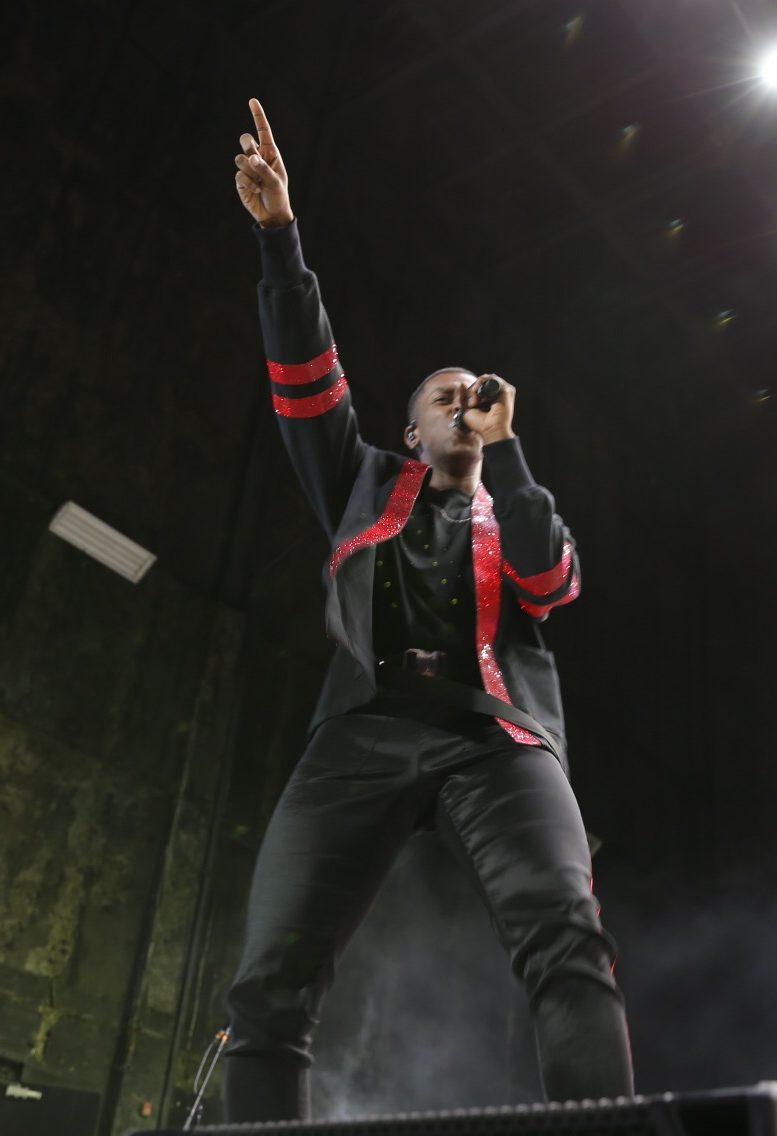 I really enjoyed the reception the USANA Amphitheater crowd gave to group newcomer vocal bassist Matt Sallee.  As I understand it Avi Kaplan was a fan favorite but decided the road was no longer for him so he stepped down from the group.  That transition can sometimes be awkward, especially for fans. But Matt was given a welcome reception and the group sounded excellent with him in it.  He brings tremendous value to the group. 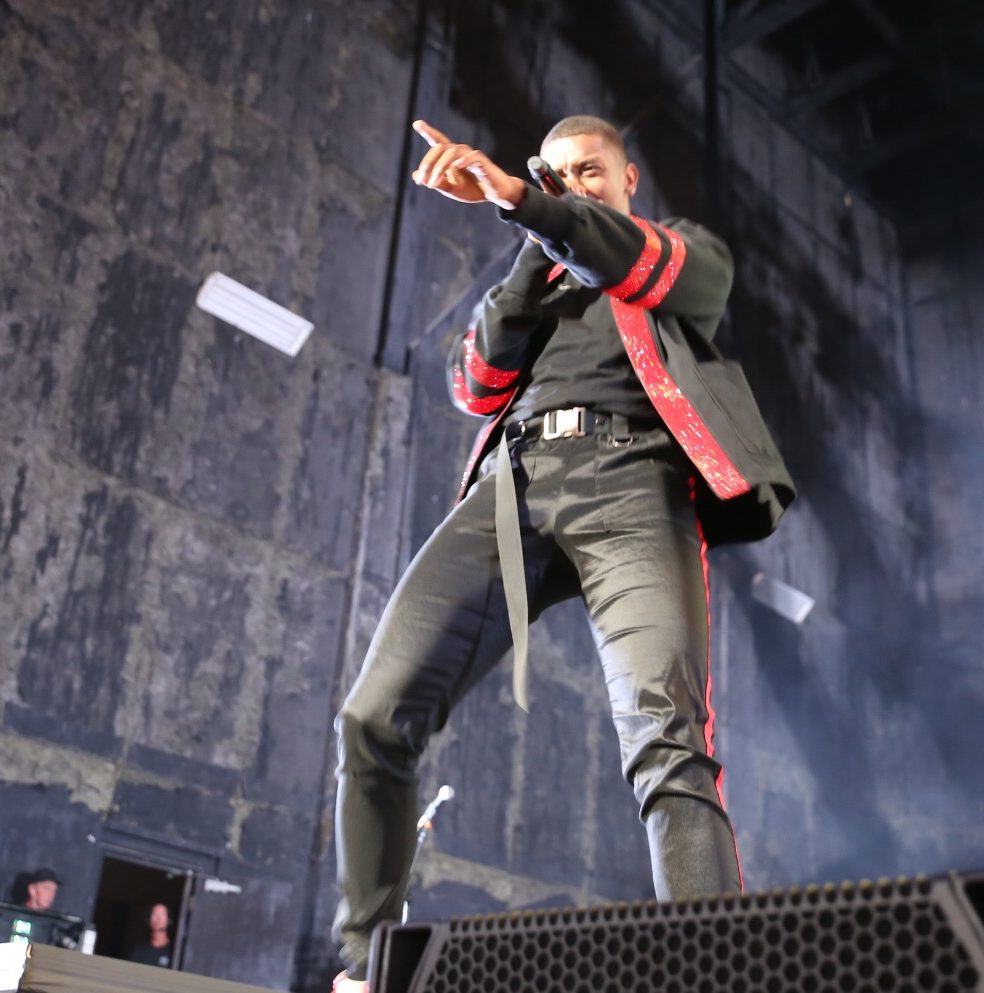 Mitch Grassi seemed to be the crowd favorite at this show.  Any time he said something or sang a solo line, the place went nuts.  I was impressed with his vocal range. The guy can sing! Really high!  Like really high! There were a couple times where I was looking down at my phone (I know rude, but it was to write down some notes for this article I promise!) and I thought Kristin was singing, only to look up and see that it was in fact, Mitch.  I was blown away. He brings a flair to the group that the audience adores. 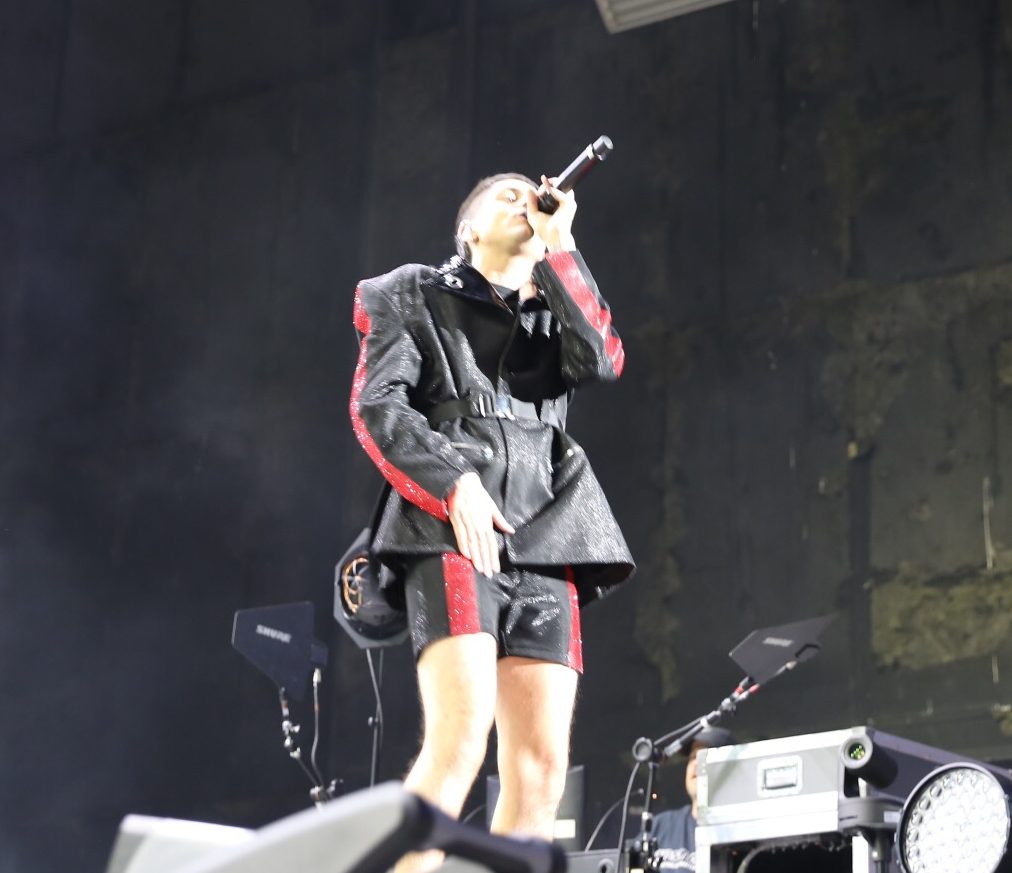 I think my favorite vocalist in the group is Scott Hoying.  There is something about his vocals that I connect with. He has such a sincerity in his tone that makes me feel like he means every word he is singing.  He looks like he’s having a blast on stage. Well, they all do, but in watching Scott it just felt like he was stoked to be on that stage with his friends, and doing what he loves. 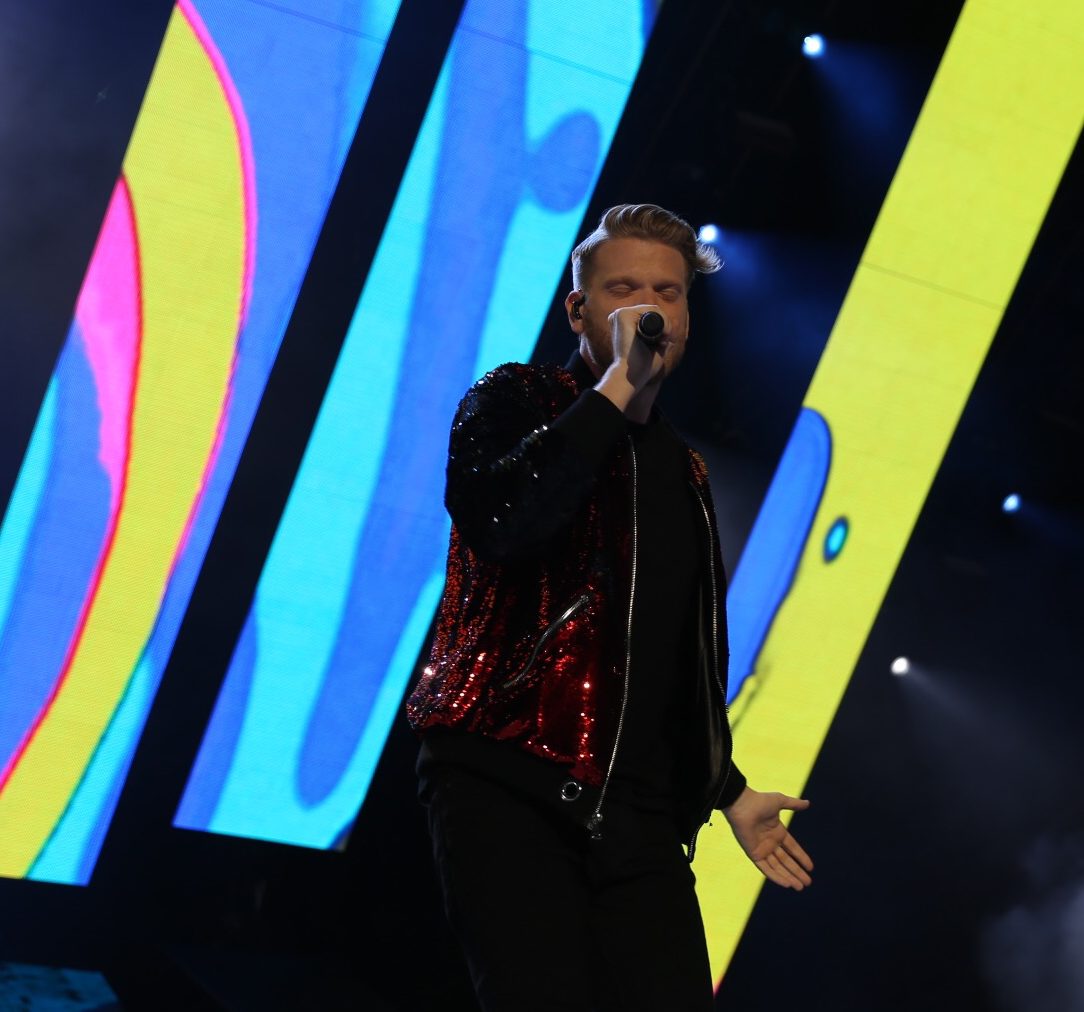 As I’ve mentioned before, during some shows, I get a photo pass where I’m in front of the front row for the first three songs of the night.   While I was taking pictures of the group, I looked behind me to see what they were seeing. It’s astonishing to see an ocean of faces looking back.  Understandably I’m anonymous because the group people are there to see is right behind me. This gives me an opportunity to look around and see what the band could possibly be seeing.  How can they not love what they do? Everyone is smiling, everyone is so happy to see their favorite group on stage, and everyone is singing along. While I was looking out to the crowd, the first song ended.  I quickly snapped back around to get a look at Pentatonix to see how they’d react to the roaring applause. I quickly took this picture of Kristin Maldonado. I don’t know her, (Obviously) but I felt like I could see in her eyes the excitement of performing, and the joy of hearing an approving crowd, and the eager anticipation of what was about to happen that night.  It was a cool moment for me to see. She also could have just been thinking “Wait, what’s the next song again?” But I like my version better! By the way, Kristin’s vocals were amazing the whole night! If she had a solo album I’d buy it immediately. She really is extremely talented. 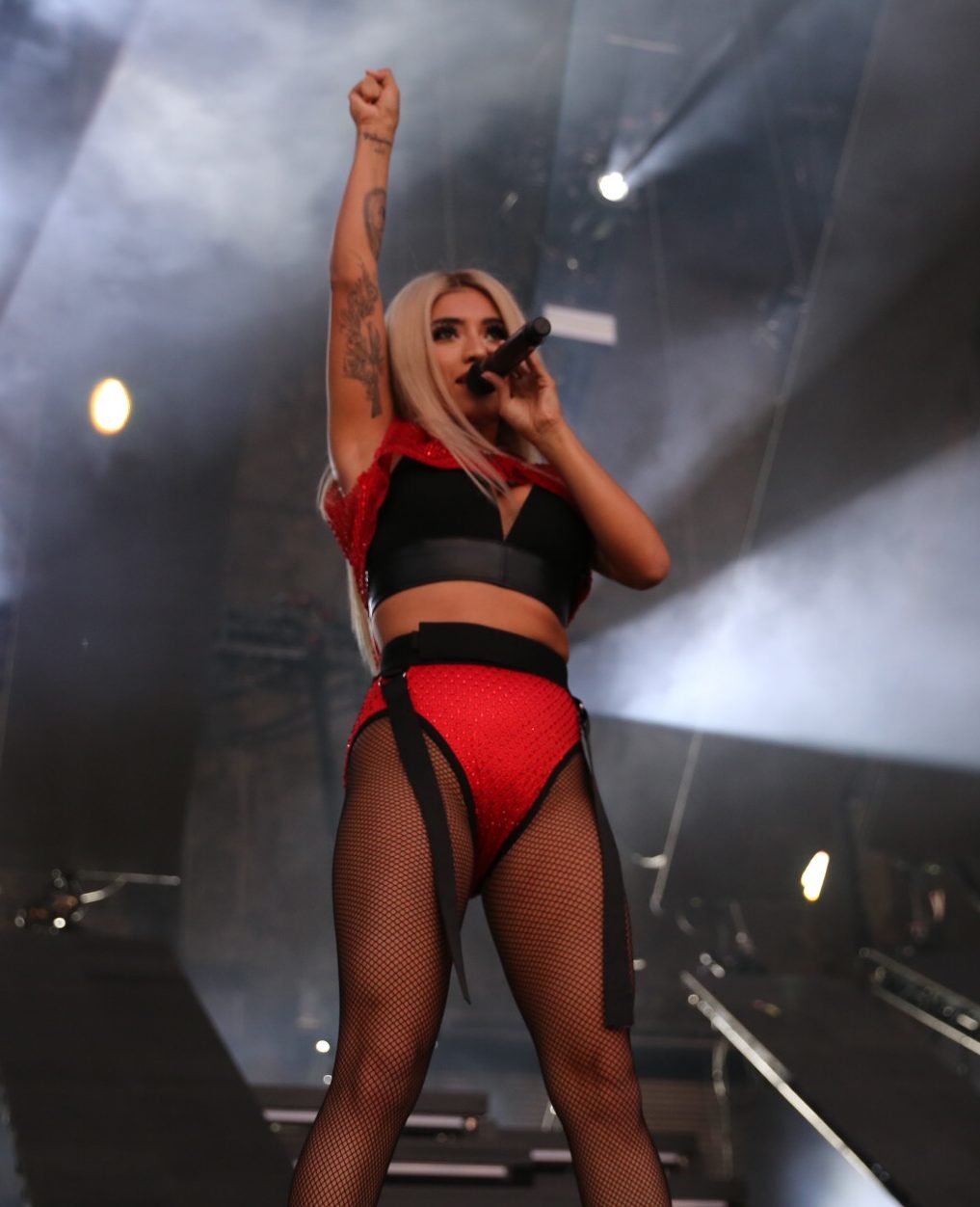 The two major highlights of the evening for me were when, after a costume change, Pentatonix reentered the stage and performed John Lennon’s “Imagine”.  First of all, it’s amazing how applicable that song still is. Second, their version was beautiful. It was a special way to begin the second act of their show.

The other highlight for me was their Rihanna medley.  I guess I didn’t anticipate it so it was a pleasant surprise.  I really enjoy me some Rihanna. It was a fun moment for the crowd, and it was obvious that Pentatonix was excited to perform this segment.

The show ended with a beautifully harmonized version of Queen’s “Bohemian Rhapsody”.  Another song I didn’t expect but was thrilled to have heard. 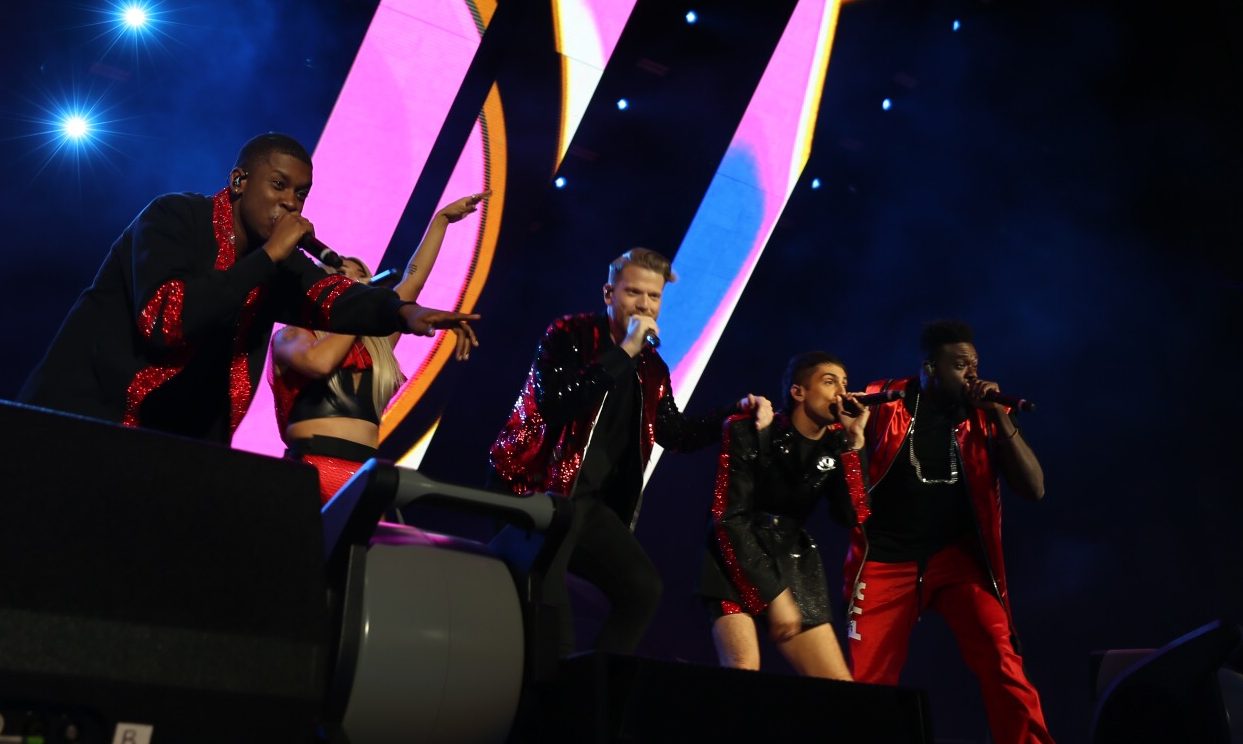 Before the show, I was able to speak to a few fans along the front row railing.  I asked them how many times they’d seen Pentatonix. The answers varied, but one pre-teen, in particular, mentioned that it was her first time.  She said all she wanted was for one of them to come over to her, wave to her, and if she was lucky enough, sing to her. I paid attention to that for the rest of the concert. And not only did one come over to her, but throughout the show, each member of Pentatonix came over to her, waved to her, and sang to her.  How stoked was she?! Those are the marks of a group that is in touch with their fans.

When a group wins a reality show to get the career they have, you never know just how ready they actually are for it.  And while it’s been a number of years since Pentatonix won The Sing Off, it is clear that they are a genuine talent. The type of talent that can entertain a huge USANA Amphitheater audience for an hour and a half.  Good for them. 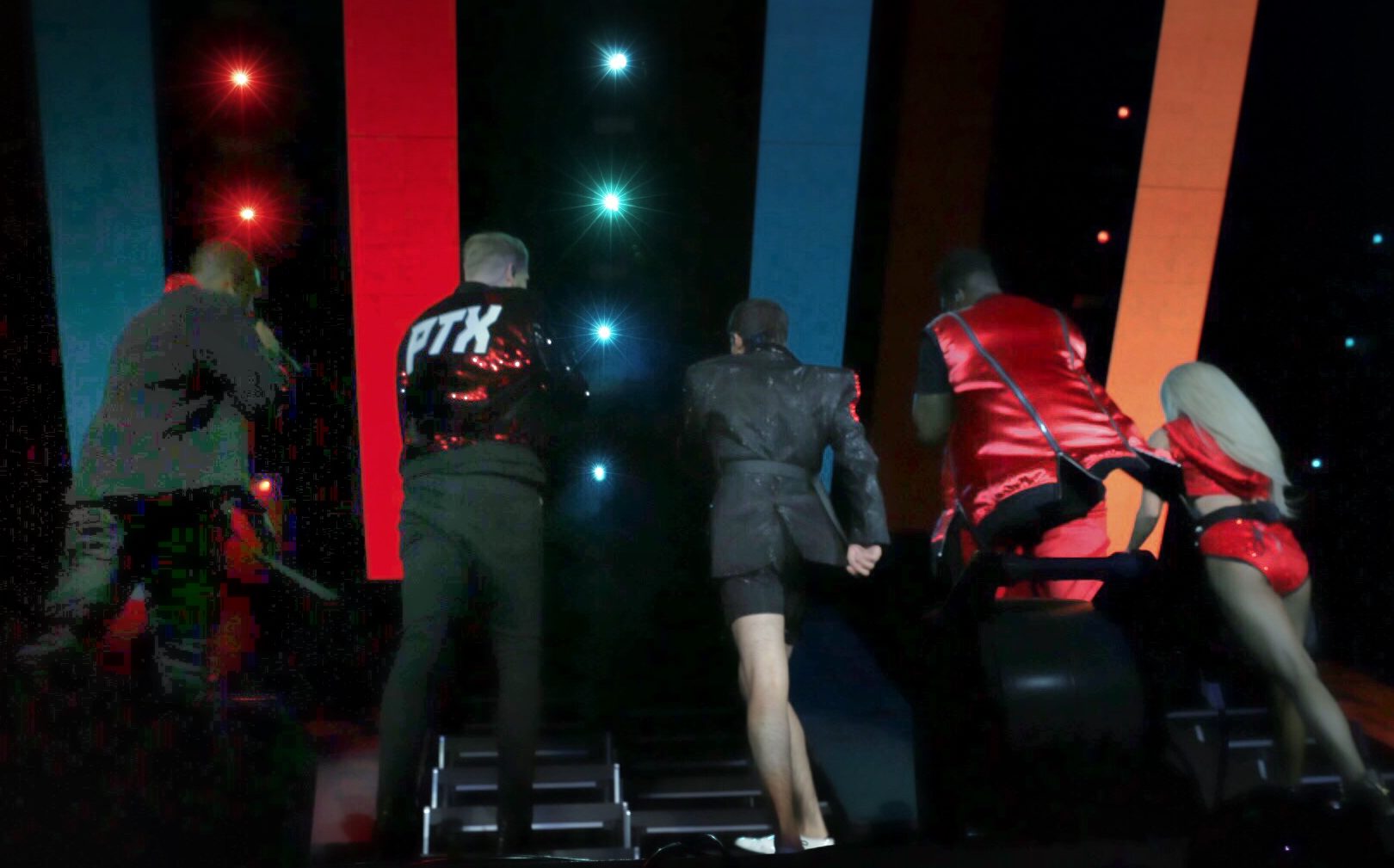