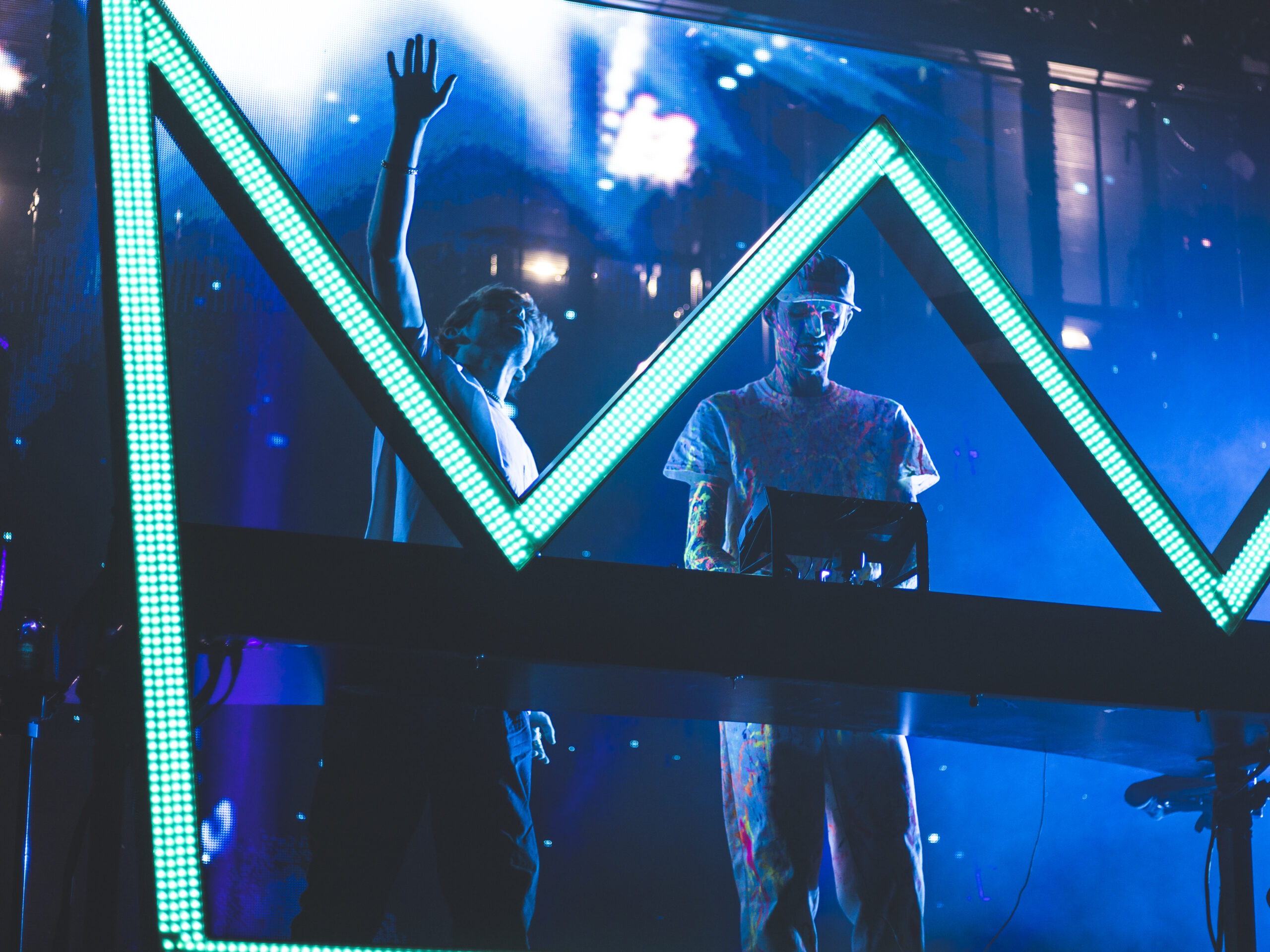 The 2021 Ogden Twilight Series has been pretty amazing so far this year.  Sold-out shows, huge crowds, and great bands have made for a really entertaining series so far.  Their fourth show in the series was no exception.  Louis the Child, are a DJ production combo,  Robby Hauldren, and Frederic J. Kennett.  I’m not sure if they were quite ready for this Twilight crowd when they booked this date.

EDM fans lined up down the street waiting to enter the sold-out Louis the Ogden Amphitheater. This was my first time at the venue. I loved how the design of it made everything feel super open. Opening DJ Washed Out, set off the mood with his opening set. His chill vibes had everyone rocking to the beat. Most of the songs didn’t have lyrics but every once in a while he would throw on a familiar track such as Mac Miller’s “Blue World” and everyone would sing along.

The Amphitheatre quickly filled up as we all waited for the main act to perform. I talked to some ladies in the VIP area who told me all about how excited they were for Louis the Child. One of them had seen them live previously and was raving about how it was one of the best sets she’s ever been too so I was really stoked for this show!

The sun began to set and the smoke machines came out in full force. A giant crown set-piece covered the DJ table and the LED screen began showing stars. The lights really set the atmosphere to feel like the crowd really was in space! It was a super cool intro, Louis the Child came out on the drop and the crowd screamed their approval.

Their set really varied in the type of music they played. There were some softer more pop-like vibes with songs like “Better Not”. But then they performed some deeper electronic songs. Many of the songs were off their latest album Here For Now.  They also played some older stuff.

While the whole show was very captivating and the music was groovy. The part of the show that stood out to me the most was the fantastic visuals! The whole lighting setup was really creative and unique. The crown/Dj table would light up in sync with the background visuals and side lighting! Mixed with the powerful tunes, it made for a super compelling show!

Louis the Child held the crowd’s attention the whole night and you could really tell the duo was having a good time performing. Everyone danced the night away and the vibes around the venue were electric! All in all, it was a really fun show and I encourage you to check out the Ogden Twilight series remaining shows.  Do yourself a favor and go have a great night!

For tickets to upcoming Ogden Twilight concerts go to ogdentwilight.com