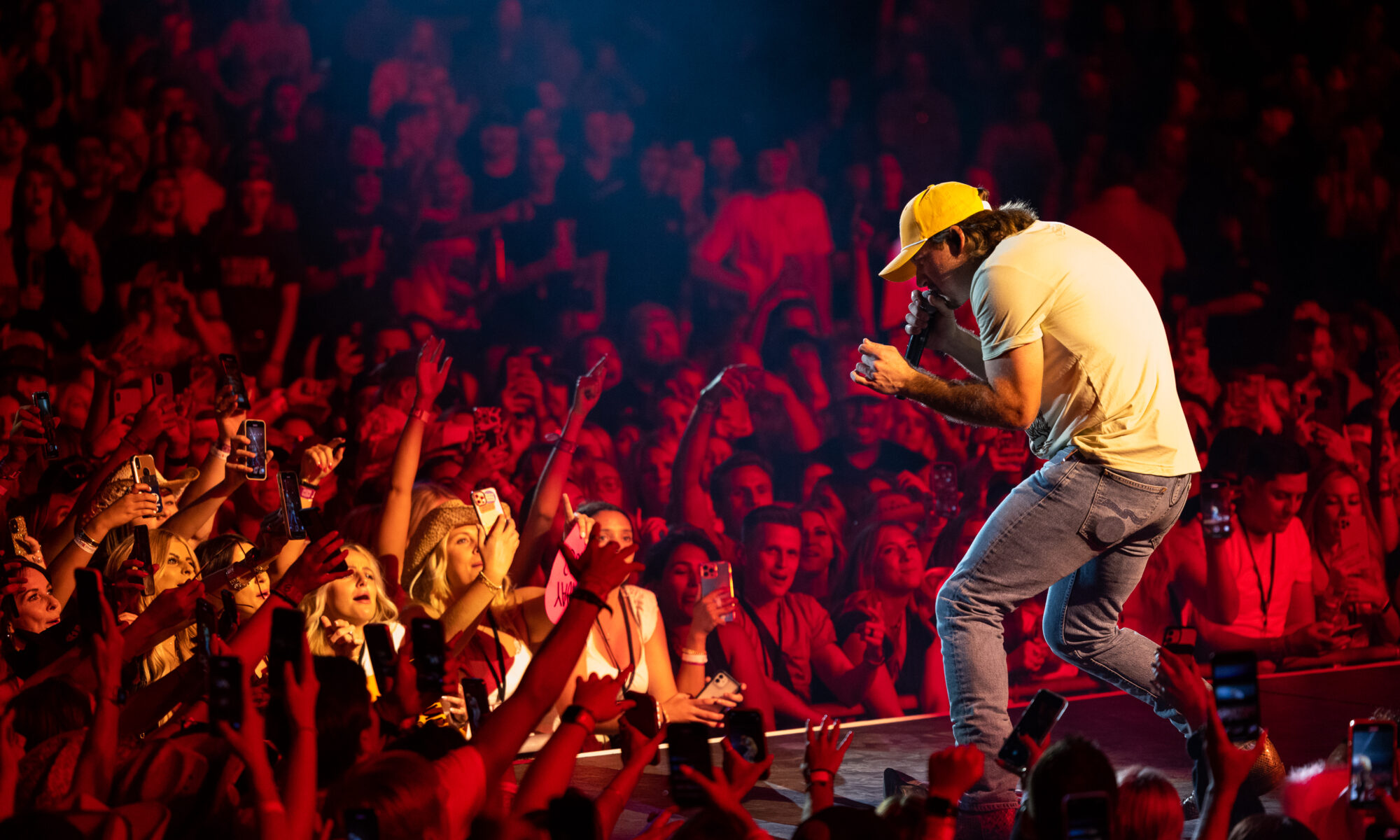 Morgan Wallen swept all 19,000 Salt Lake City concertgoers off their feet this Saturday night at USANA Amphitheatre. With openers that started the show and Wallen getting everyone’s energy high made for the perfect country music concert.

The concert began at 7 pm but people were waiting on the lawn as early as 2 pm to get the best spot, people set up their space and brought card games and anything to keep them busy while they waited to see Wallen. Lines of cars waited to park and get into the venue. The atmosphere in the concert was amazing and I think I can speak for everyone in saying that there was an energy in the crowd that was unmatched.

It was my first time at USANA Amphitheatre and it is huge! With a large pit, tons of seating, and a huge grass field with chairs, blankets, and seating to allow as many people as possible to enjoy the show. The artists mentioned that there were 19,000 people there that night which is absurd. The packed venue proved just how much Utah loves Morgan Wallen, and for good reason. Wallen’s music is inclusive, enthusiastic, and creative. He does an incredible job selling out large venues with just two released albums.

The first opener was Ian Munsick. He was great at getting the crowd excited. Munsick sang some of his own songs as well as songs many people knew which was good to get the crowd singing and engaged before Wallen came out.

The second performer was HARDY. He was so fun to watch. He had such a great energy. It was like two concerts in one getting to see such a well-known artist like HARDY opening for Wallen. During one of his first songs, there were 4 proposals all in the pit right next to the stage. HARDY gave a shoutout to all the girls that had just been proposed to and everyone cheered for them. Right before Morgan Wallen came out, He sang a Blake Shelton song “God’s Country” which everyone loved. It was a great way to get everyone hyped up for the big night. HARDY sounded great live and his band did an awesome job too. They were upbeat, and fun, and knew how to set the tone for the rest of the show.

There was about 30 minutes from when HARDY finished until Morgan Wallen came out. This was perfect because it was dark when Morgan Wallen took the stage and it really made all the effects on the stage stand out. For each song, Wallen had pictures on screens that related to the songs. Some of the pictures were lake water, pennies, flowers, and fire. Later on the screens had lyrics to the song “Whiskey Glasses” and then pictures of him as a kid during “More than my hometown.”

Morgan Wallen was super interactive with the audience which made the show an even better experience. He told stories from his childhood and how he was forced to sing in church at 3 years old, and “no one’s been able to shut him up since”. Wallen retold how he began singing and writing music which was fun to get some background on him growing up and becoming who he now is. He included the whole audience and would talk specifically to the people on the lawn who were far away.

About halfway into the show, he was escorted through the crown to a little stage on the lawn. He sang three songs over there. During these songs, everyone had their phone flashes on while he sang some slower songs. The three songs he sang out there have been some of my favorite songs since they were released and hearing them live was unreal.

Once he returned to the main stage, he brought HARDY out for their song together “He went to Jared”. The two performing together was a highlight of the night. The concert was perfect for all ages. There were little kids sitting on their dad’s shoulders down in the pit, as well as older couples who came to enjoy the country artist. The family-friendly music was definitely enjoyed by all 19,000 people in the audience.

Morgan Wallen has his own unique take on country music, adding some rap and hip-hop sounds into his songs. He has some songs that resonate with the real cowboys and cowgirls in the crowd. But everyone could relate to his lyrics about families, heartbreak, and enjoying life. The country star created the most perfect environment and it’s safe to say it was a 10/10 concert. People in the very front all the way to the back of the lawn could hear the songs and feel the energy and excitement radiating off of each other. Morgan Wallen interacted with the crowd and made everyone fall in love with his outgoing, fun personality. Especially the lucky fan who got the best souvenir there – Morgan Wallen’s hat.

All in all, it’s pretty clear why all Morgan Wallens shows are sold out. He is an incredible performer with an amazing band. I would recommend a Morgan Wallen concert to anyone and everyone. Country fan or not. Wallen will continue his Dangerous 2022 Tour throughout the year. Salt Lake City Fans definitely had an amazing night. This concert is not one to miss.