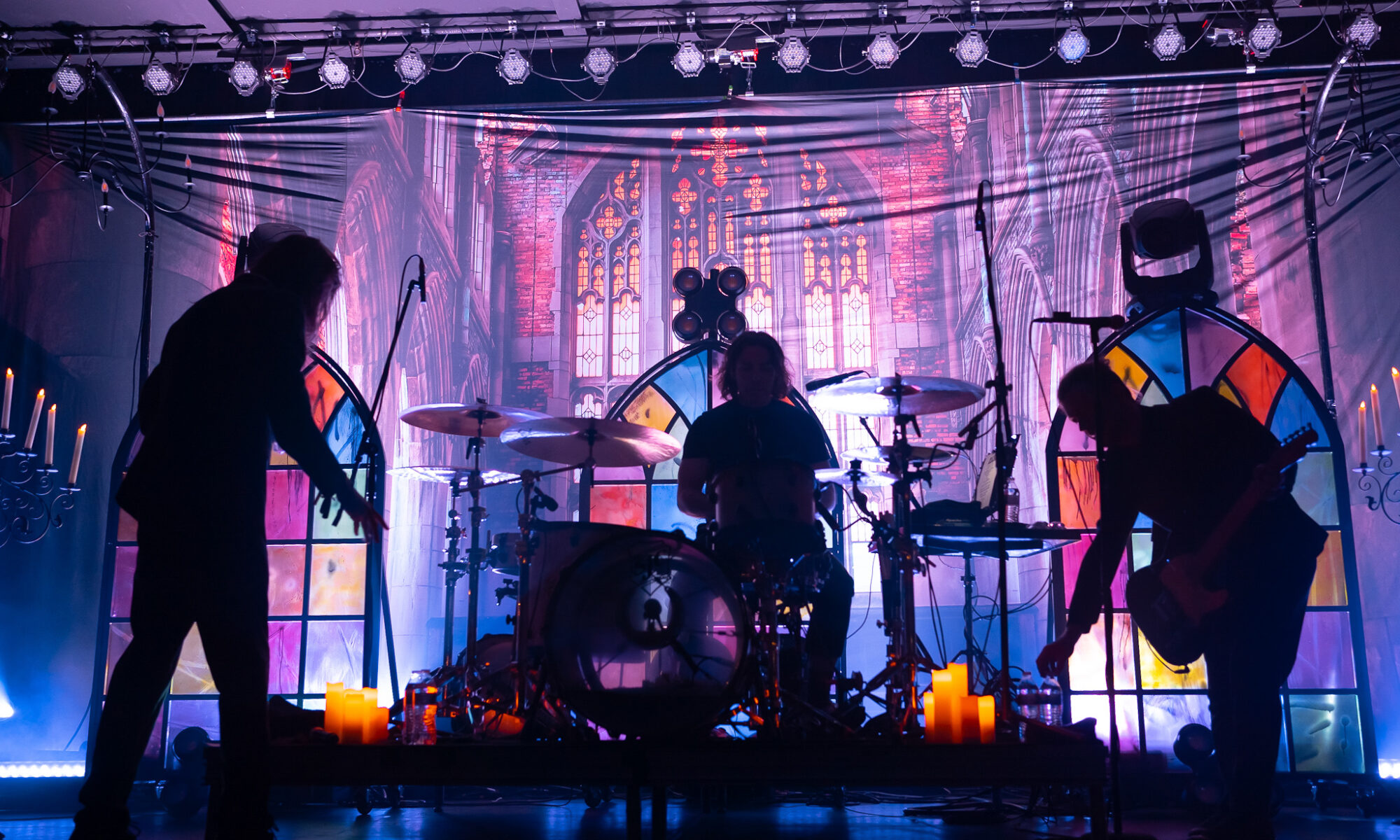 Reviewed and Photographed by Evelyn Salazar

What better way to kick off the new month than with some nostalgia?  On Tuesday, March 1, 2022, beloved alternative rock band, Mayday Parade was here in Salt Lake City, Utah at The Union Event Center. However, this tour wasn’t just any Mayday Parade Tour. It was the 11th Anniversary of their Self Titled Album that came out in 2011! I remember when this album came out, I was a Freshman in high school and it was on repeat for a while. So I was super excited to be able to capture the show tonight!

The show was being held at The Union Event Center, which is absolutely one of my favorite venues to attend and to photograph. For this tour, Mayday Parade brought along alternative band Magnolia Park.  They have been blowing up on TikTok with their rock sounds. They also brought along a crowd favorite, Real Friends who have a  very strong fanbase of their own here in Salt Lake City. This lineup was a strong one and was destined to make it a good night.

I wasn’t able to catch the first set by Magnolia Park but I was able to catch Real  Friends in action. Cody Muraro is the frontman for the band and I loved watching his energy come out on stage! As well as their guitarist Eric Haines who was jumping around all over the stage! I love capturing bands when they have high energy, it makes for a better show. I was singing my heart out when they played their famous song, “I’ve  Given Up On You”.  I’m pretty sure most of us have cried/screamed to it during our teenage years. Muraro encouraged the entire crowd to sing so loud and to crowd surf tonight.  And many people did! They were wonderful to see live!

After they got off stage, the production team started to build the last finishing touches to the Mayday Parade stage. The crowd watched candles and alters being brought out. The stage design was coming together.  It looked like the inside of a church cathedral, which are always beautiful so I thought that was super cool. There were some stained glass window panels and I was stoked to photograph them!

The band came out on stage with the lights still dimmed and once the lights came on the crowd screamed with excitement as the intro to “Oh Well, Oh Well” was played.  It’s the first song off of the self-titled album. The really cool thing was they were playing the whole album from beginning to end in order. That doesn’t happen often so it was a great thing to experience! Derek Sanders is the frontman of the band. He was dressed in a nice, forest green suit.  Sanders explained, “This is a really special show, so we wanted to dress up nice for you guys tonight, Salt Lake”.  That they did. They were all wearing nice suits and the whole band looked sharp.

I saw so many people singing their hearts out with smiles on their faces. It made me so happy to see people feeling nostalgic. Hearing songs from the self-titled album.  Songs like  “Priceless” and “Stay” were beautiful to hear live again after all these years. The band also recognized that they never played some songs from the album back in the day and they regret it now because they’re fun to perform live. Songs like “A Shot Across the Bow”, so for someone like myself, it was my first time hearing it live! The night was wonderful and I’m glad everyone seemed to relive some memories and enjoy themselves!