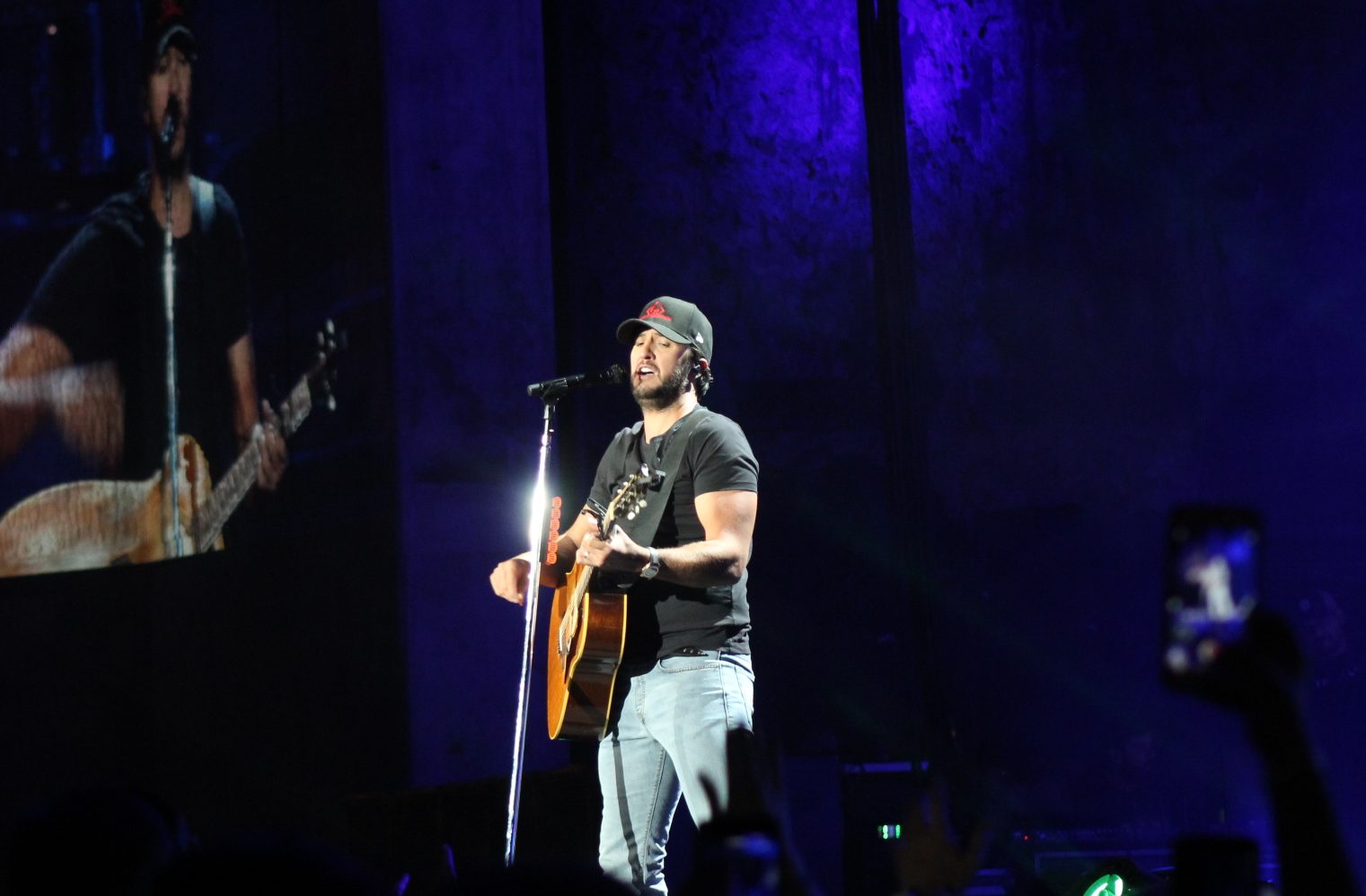 If you’ve ever seen Luke Bryan in concert you know a few things: 1. Women (and some men) will never tire of Luke shaking his booty, 2.  There is no better place to people watch in the state of Utah (and I’ll explain why) and 3. It doesn’t matter if you know one Luke Bryan song or all of them, you know that Luke likes to sing about.  Loving people, and drinking.

Luke Bryan draws from a number of areas to bring an outstanding performance for his fans.  He may not be the strongest singer in country music, but people love his songs and performance so much that it just doesn’t matter.  He may not be the next Glen Campbell when it comes to playing guitar. But who is? But he plays well enough to do an entire acoustic set in his shows, and no one is complaining.  He may not be the world’s greatest dancer or booty shaker.. oh wait, he might be.  His fans love the booty shake! I may not be the one to make that call. He really might be the best booty shaker. To his fans, he clearly is.  Anyway, my point is, his combination of talents and his fan-friendly songs are why he once again played to a packed USANA Amphitheater.

As I mentioned, the people watching is amazing at a Luke Bryan concert.  It has already been well reported that Luke’s booty and hip shaking are a major reason why his fans are there to see him.  Because of this, the fan reaction to this is something to behold. The way these fans react to Luke’s moves is

similar to what I imagine it must have been like to those watching and swooning over Elvis Presley.  They just keep calling for it, and they’re so happy every time.  He could probably release a DVD of him just shaking his booty and it would sell really well.  And no one really buys DVDs anymore!

I don’t think there could have been better opening song choice to get the night going than Luke Bryan’s hit “Country Girl (Shake it For Me).  The dancing started right off the bat, and much to the delight of the fawning fans, the moves didn’t stop over the course of the night.

Some highlights of the night included an acoustic set during which Bryan brought out both of his openers to sing with him. “Are Y’all OK if I play some songs just me and the guitar?” Bryan asked at the outset of the acoustic set.  A grown man standing next to me yelled his response: “Give it to me baby!” Another great people watching moment.  The rest of USANA Amphitheater shared his sentiment.

With a deeper voice than you would expect out of her petite frame, Carly Pearce returned to the stage to join Bryan for “Home Alone Tonight,” a song originally recorded as a duet with Karen Fairchild. Jon Pardi and Bryan then took on King George (Strait) and Alabama by singing “Carrying Your Love With Me,” followed by “Mountain Music.” I like it when support acts come back on stage to sing with the headliner.  It’s a solid indicator that the tour is going well and everyone is having a great time.

The staging for the show wasn’t anything special.  The video screens rarely showed anything more than simple graphics or videos.  But in a way, it seemed to fit Luke just right.

He kept it simple in his attire wearing a black shirt, blue jeans, and a baseball cap mostly turned around.  It showed me that he doesn’t take himself too seriously. Back to the whole, ‘He seems like a genuinely good guy’.  I would think it’s hard to not get caught up in the hype of success. I mean the guy has 20,000 people a night losing their minds over the slightest hip shake.  Anytime he would comply to the demands of the audience and shake that rump, he would laugh at the absurdity of it all. It’s nice to see someone this famous taking it all in stride.

Luke Bryan puts on a really fun concert.  It’s really difficult to not have a good time.  His fans love him so much. He could have done full set of nursery rhymes and I think people would have left talking about what a great show it was.  The crowd cheered no matter what he did. Luke Bryan has played USANA Amphitheater four years in a row now. If the response of the crowd was any indicator, he’ll be back for a fifth year in a row no doubt.