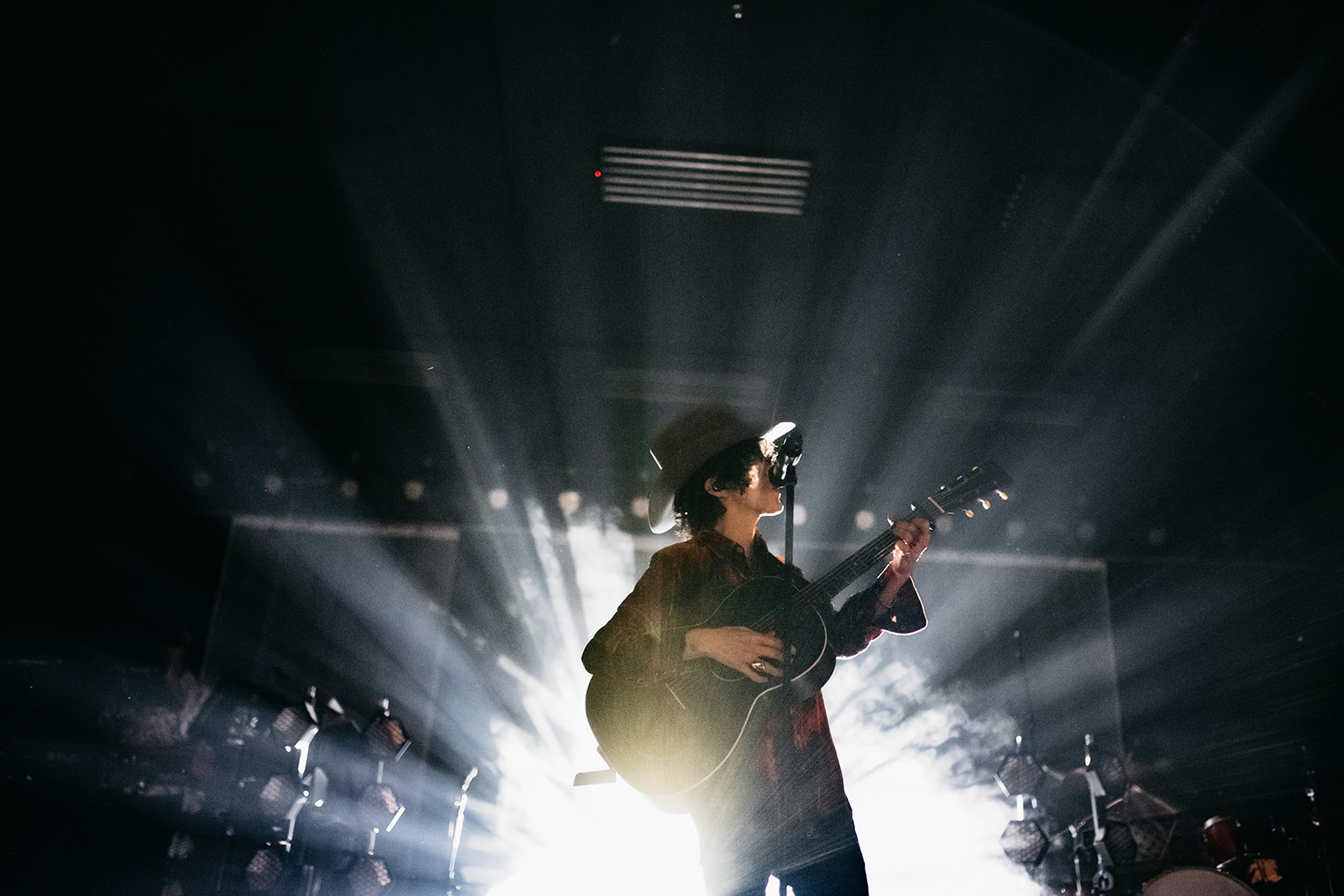 Reviewed by Tiffany Mull and Photographed by Alisha Gregson

My favorite musicians write and perform their own songs. Much popular music isn’t actually written or created by the person who performs it. Many pop singers, at least many of those dominating the charts these days, are the singing, dancing puppets of their record labels. These pop stars perform songs purchased, often at unfair rates, from creative individuals tucked away from the limelight. Every now and then, though, one of these truly creative people steps out of the shadows to showcase their own work.

LP, who’s written songs for Cher, Rihanna, Christina Aguilera, The Backstreet Boys, Celine Dion, and others was greeted by rabid fans at The Union on Tuesday night. She opened with “When We Touch,” a slower number with rocking crescendos broken by LP’s soft whistles. The stage lights were slow and meditative. “Goodbye” was driving, rhythmic, repetitive, and catchy. The stage lights got flashier.

LP switched between a guitar and a ukulele, the latter often more of a stage prop for gesturing. All the while, her voice haunted and dominated the melody of every song. The crowd danced, clapped, and sang along to “Girls Go Wild” and kept dancing through “Everybody’s Falling in Love” and “When We’re High.” A slow, driving beat and distorted guitar introduced “No Witness,” which was as close to hard rock as the night got. LP and the lead guitarist riffed off each other, echoing one another’s solos.

LP manages to create songs that are both soulful and danceable. She easily commanded the crowd, who parroted her clapping and swaying. She whipped out a harmonica for the end of “Strange” and showed off her vocal acrobatics on “The One That You Love.”

With a voice like a howitzer and an upper register that recalls Plavalaguna, LP is definitely worth seeing live. Her vibrato is otherworldly. Her whistling is incomparable. I highly recommend “Forever for Now,” my favorite song of hers. “Muddy Waters” was epic. The stage lighting dimmed, casting creepy shadows on the stage behind LP with tambourine in hand. She let loose an athletic howl at the end of the song. Her voice was high and birdlike by the end of “Churches,” accompanied by her own ukulele looping around the picking of her lead guitarist.

Nick Leng, the opener, put his whole heart and soul into the tambourine when he joined LP and band on the stage to perform “My Body.” LP’s ethereal whistling peppered her songs and introduced “One Last Time.” The beginning was acoustic, slowly joined by the rest of the band until the audience bounced and danced along to the chorus. The encore was, of course, “Lost on You.”

Encore:
Lost on You