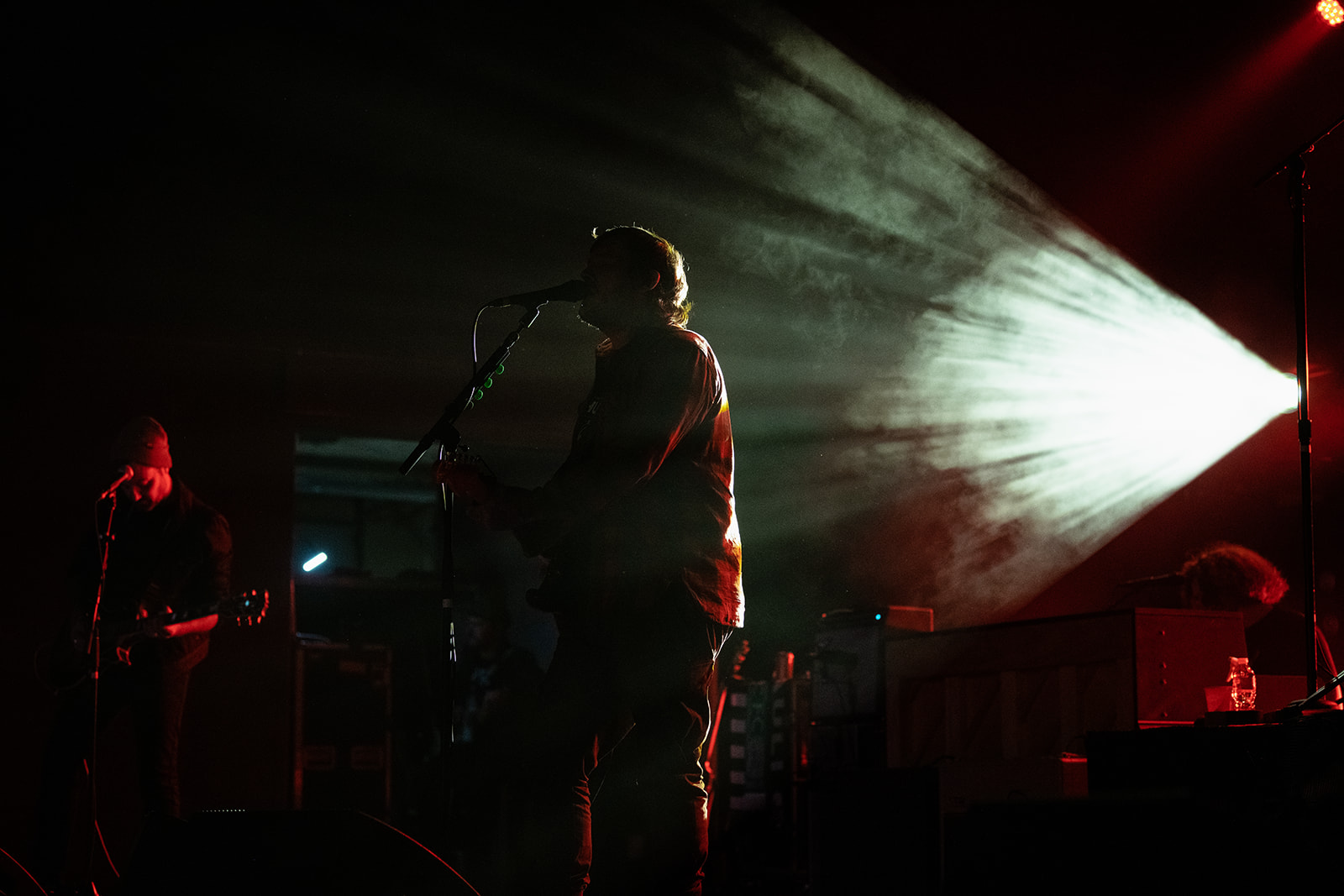 After an eight-year hiatus, alternative rock band Gaslight Anthem has finally returned to making music. Salt Lake City was just one stop on their reunion tour. On Tuesday, September 20th, their loyal fans gathered at the Union Event Center to show the band how much they have been missed.

Opening the night was alternative rock band Tigers Jaw from Scranton Pennsylvania. The songs they played were a lot of fun, and I really enjoyed the energy they brought to the stage. As I listened to them for the first time, they reminded me of a few bands that were popular in the early 2000s. Their music specifically reminded me of the band Yellowcard. The crowd got really into their music as they sang through their set of songs including, “I Won’t Care How You Remember Me”, “Cat’s Cradle”, and “Plane vs Tank vs Submarine”. They did an excellent job getting the room’s energy up. They left the crowd feeling excited about the rest of the night.

Between sets, the crowd sang along to “Heaven is a Place on Earth”, “Careless Whisper”, and other 80’s classics that played over the speakers. The crowd at a concert can say a lot about a band. This fun group of fans already had me feeling excited about a band I had never heard before. Just as everyone in the room sang along to the last verse of “Total Eclipse of the Heart”, Gaslight Anthem stepped onto the stage.

Enormous applause erupted at the first sight of Gaslight Anthem. While the venue may not have been filled, the fans that were there brought more than enough energy. Brian Fallon (lead vocals), Alex Rosamilia (lead guitar, backing vocals), Alex Levine (bass guitar, backing vocal), and Benny Horowitz (drums), all took their places across the stage. The New Jersey band once described their sound as, “Bruce Springsteen singing for a Cure cover band, with a tinge more aggression”. Their music has been inspired by artists across the board, from The Clash to Tom Petty. With that in mind, I was excited to hear them perform.

As they played the first song from their set, “Get Hurt”, I knew right away this was a concert I would enjoy. They continued with “Handwritten,” and “Old White Lincoln,” songs that the audience seemed to already know and love. I picked up on the Bruce Springsteen vibes of their music and enjoyed the band’s overall sound. After the first few songs, lead singer Brian Fallon explained to the audience that he was feeling under the weather. He told us he was losing his voice. I had not noticed him struggling vocally during the first few songs. But as he spoke it was clear that he wasn’t feeling 100%.

He apologized for the situation but said he wanted to stay and sing as long as he could. He explained that meant he would have to sing some of his songs a little slower or quieter than normal. Fallon asked the audience if that was OK with them. He said they could reschedule instead if they preferred. But promised to do his best if they wanted to carry on. The support he received from the crowd at that moment was incredible. It was clear they wanted the band to stay. Even if that meant they would get a slightly different performance than expected.

Between each song, Fallon would take a moment to drink some water and converse with his band members. His situation made it impossible to just power through a setlist like normal. They needed to communicate about what songs he would be able to get through, or how to adapt them to work for him at that moment. I enjoyed watching them work together like this. Usually, when I attend a concert, I know the band is most likely doing exactly what they had done or will do on every stop of their tour. This felt unique, and even if he wasn’t able to perform at his normal level, it was still exciting.

For the majority of the evening, Gaslight Anthem stuck with mostly slower rock songs. I am not familiar enough with their music to know if they had slowed the songs down to accommodate Fallon’s voice, or if this is how they have always played them. Either way, I enjoyed them. As they sang “Mae,” “We Came to Dance,” and “Blue Jeans & White T-Shirts,” the crowd would sing and clap along. Fallon again took a moment to address the audience and apologize for his voice. He was very sincere but also kept it lighthearted, saying, “I appreciate you staying with me. I am trying, but it’s very difficult. Just don’t tell your friends that I sound terrible, because then I’m going to tell them about all the things you did.”

As the night went on, it was obvious that it was getting more difficult for him to continue signing. Trying to preserve his voice for as long as they could, they saved their highest energy songs for the end. He sang until he had almost no voice left. And after singing “Boomboxes and Dictionaries,” and “45” he was finally ready to call it a night. Fallon spoke to the crowd one last time saying, “Thank you very much, everyone, that’s about all I’ve got for you tonight. I’m sorry. We’ll come back and make it up to you, but thank you very much for sticking with us and I appreciate your time.” While a few people chanted for an encore, the majority of the audience understood it was time for Fallon to get a deserved rest.

Gaslight Anthem put everything they had into their performance, and the crowd loved every second of it. I could tell that the very talented lead singer felt bad about losing his voice, but his fans showed nothing but love and support for his efforts. I hope Brian Fallon recovers quickly, and look forward to seeing the band again in the future.