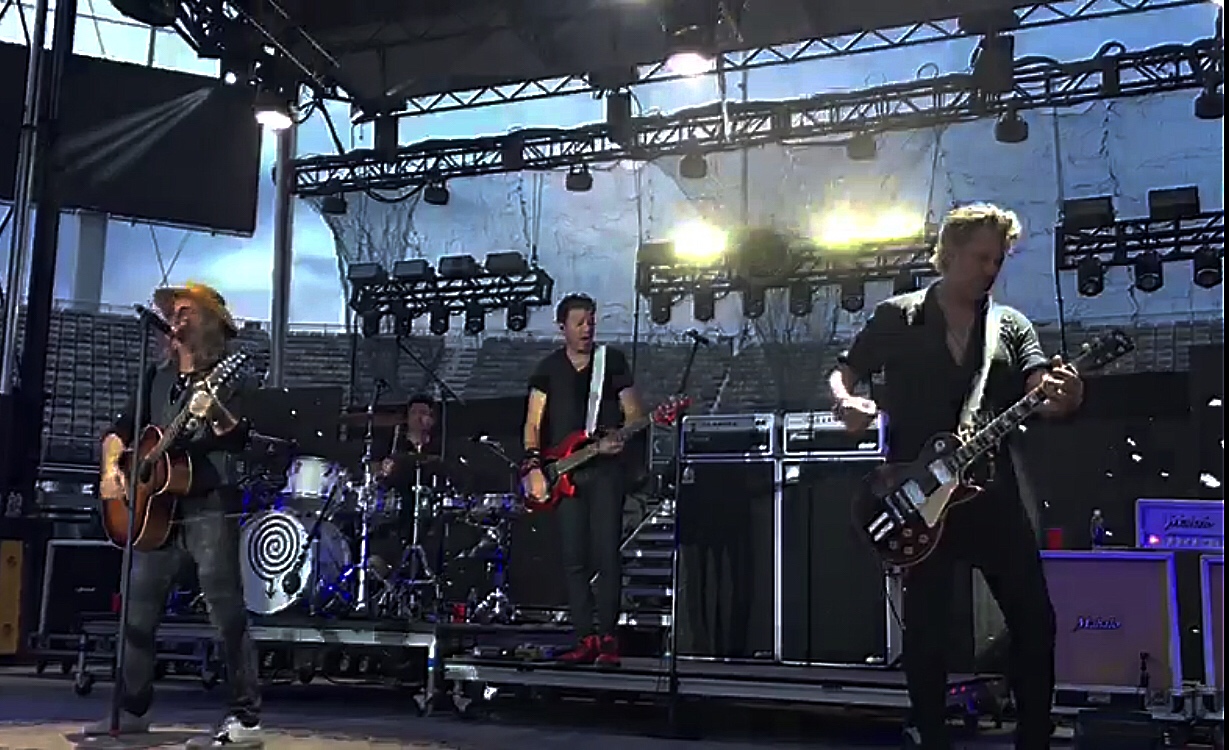 Collective Soul has developed a strong relationship with their fans in Utah.  Last night’s performance at the Days of ‘47 Arena on the Utah State Fairgrounds was the third straight summer they have toured through the state.  Bands usually don’t come back that often if they aren’t well received here, and Collective Soul is very well received in Utah.

Before we discuss the show, there is one nit that needs to be picked.

I had a ticket that was supposed to be waiting for me at the box office.  The photo pass was there, but no ticket. They knew they I was supposed to get one, and they told me that they just needed to print it out. This isn’t about me and having to wait for a ticket.  Things happen like this often enough that it was not a big deal. And before I say anything else, I have to give it to all of those in the box office who did everything they could to sort through what was ultimately a mess of miscommunication.  There was a Groupon promotion for this concert. Generally, with Groupon, there are no seat assignments. And with a venue like USANA Amphitheater, it’s easy because these tickets will usually we in the general admission lawn where no assigned seats are required.  But for the Days of “47 Arena, there are actual seats so people were showing up with their Groupons now needing a ticket with an assigned seat. The line at the box office grew and grew as fans were waiting to get in. The problem was, from what I was told at least, the box office had no idea about this so they were scrambling to get tickets with seat numbers printed so that people could get into the venue on time.  Despite their valiant efforts, I’d say there were still 500-1000 fans trickling in after the second song. I got in just in time to get photos for the last song. (Usually, with a photo pass you take pictures during the first three songs.) Everyone got in, and things worked out. I would just suggest for the sake of the overwhelmed people in the box office the promoters and the venue could have communicated a little better.  Ok, on with the show!

I had never been to a concert at the Days of “47 Arena.  I must say it is quite the upgrade from the old amphitheater that was set up on the fairgrounds.  People were seated on the floor of the arena, which is more like a small stadium, but smaller because it’s used for rodeo, and then, of course, the majority of fans were in the stands other than behind the stage.  The sound was excellent in there.

The third song of the night was Collective Soul’s smash hit “Shine”.  The crowd, of course, love it, and with people finally in the venue momentum was building.  Lead singer Ed Roland then invited everybody to “Scoot up and get close”. The aisles of the floor were then flooded by eager fans.  Luckily I was already up there so I had a great spot for the rest of the show!

Ed and the rest of the band really interacted with the crowd.  They were always waving, or tossing picks to fans. About four or five songs in Ed pointed to somebody in the crowd and all of a sudden one of Collective Souls’ vinyl records was being passed up to the stage.  Ed took the record, signed it, and then passed it around to the rest of the band so they could all sign it one by one. Ed gave his guitar pick to a girl in the front row. He gave another pick to a man with special needs in a wheelchair and signed something for him as well.  There is no doubt that Collective Soul appreciates and love their fans. 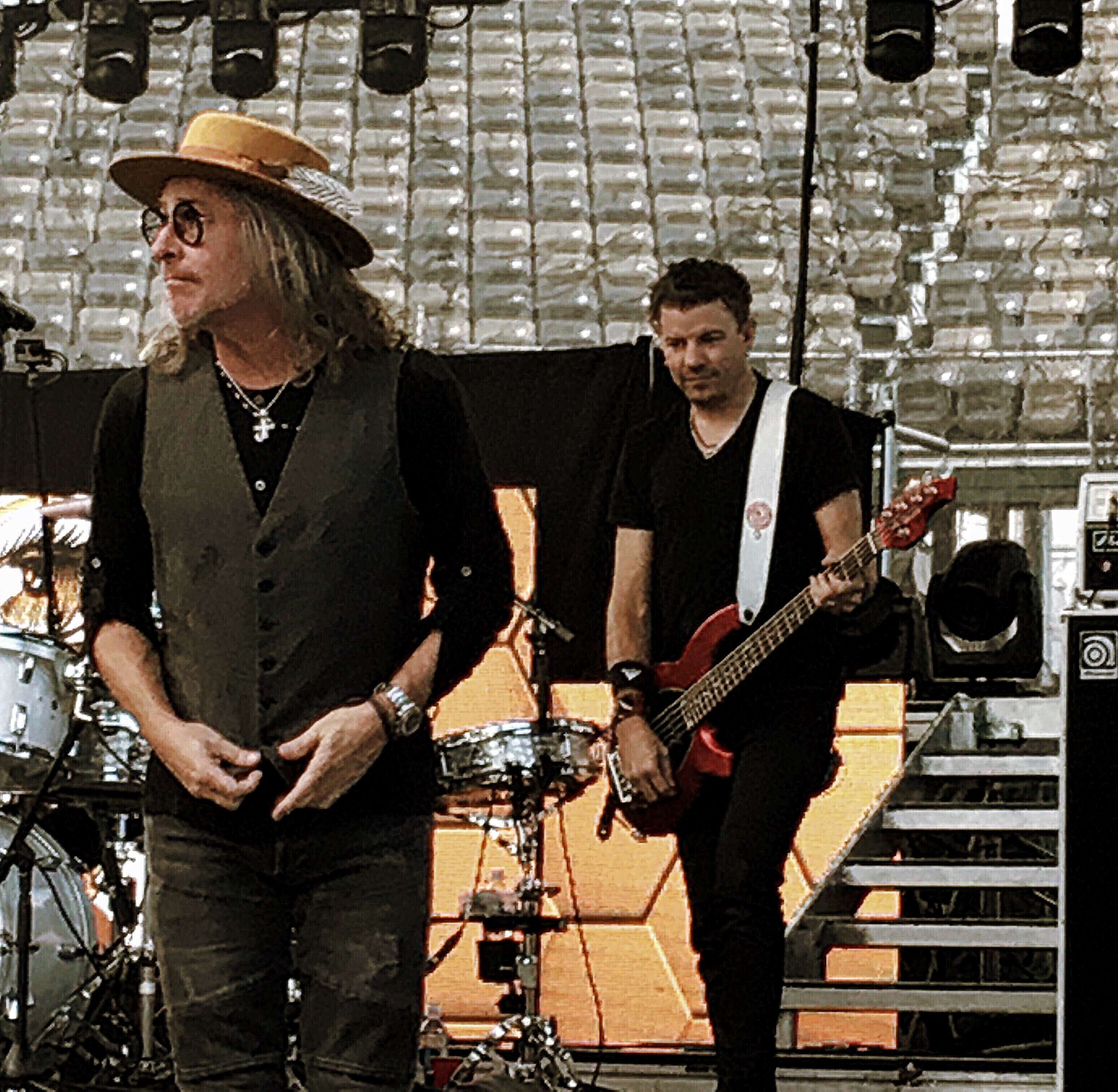 In the middle of the set Collective Soul played two new songs that will be released on an upcoming album.  Ed mentioned that the second of those songs was very therapeutic for him and carried sort of a gospel message.  He said something about swimming out of the sea of doubt to the shore of hope and climbing the mountain of faith.

The band sounded great.  When Utah Concert Review interviewed bassist Will Turpin, he mentioned that there was just something special with these guys on stage.  That after all these years they still love playing together, and are legitimate friends. That was very clear from their performance. They seemed like they were having a great time, and the fans, who were a mix of all ages, in turn, were really into the show.   Ed told the crowd that he loved seeing the “peace sign”. He was giving it out all night and the crowd gave it right back to him.

They closed their set with an extended version of “Run”.  The song ended with the crowd singing the lyric “I’ve got a long way to run” as the music faded and the set ended.  It was a perfect ending to a really fun show. You can hear a version like the one we heard on Collective Soul’s live album that was released last year.

As the show ended, Ed mentioned that he sometimes comes to Utah to go skiing with his kids.  He said that if anybody ever runs into him, please don’t hesitate to say hi. He called it an “Open Door Policy”.  He said he could send the kids off to ski and he would join you for a good book and a drink in the lounge. So don’t be surprised if you see people heading down the slopes with a Collective Soul beanie in search of Ed Roland this winter. 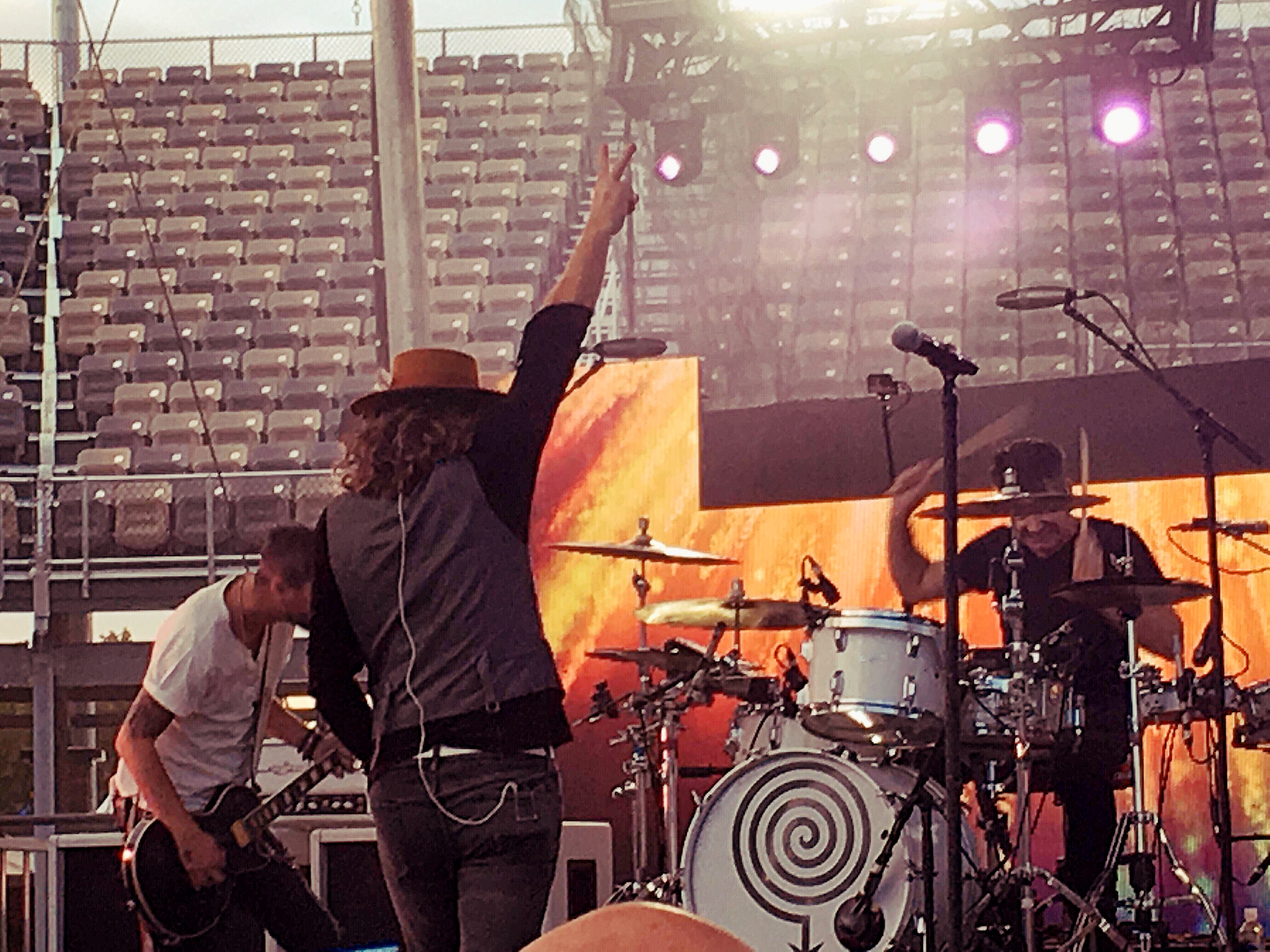 These are a bunch of really cool guys, who put on a really great show.  They were so easy going and friendly and just seemed to be lovers of life.  I think these Atlanta boys shared a little southern hospitality with Salt Lake City.  No doubt they’ll be invited back soon. 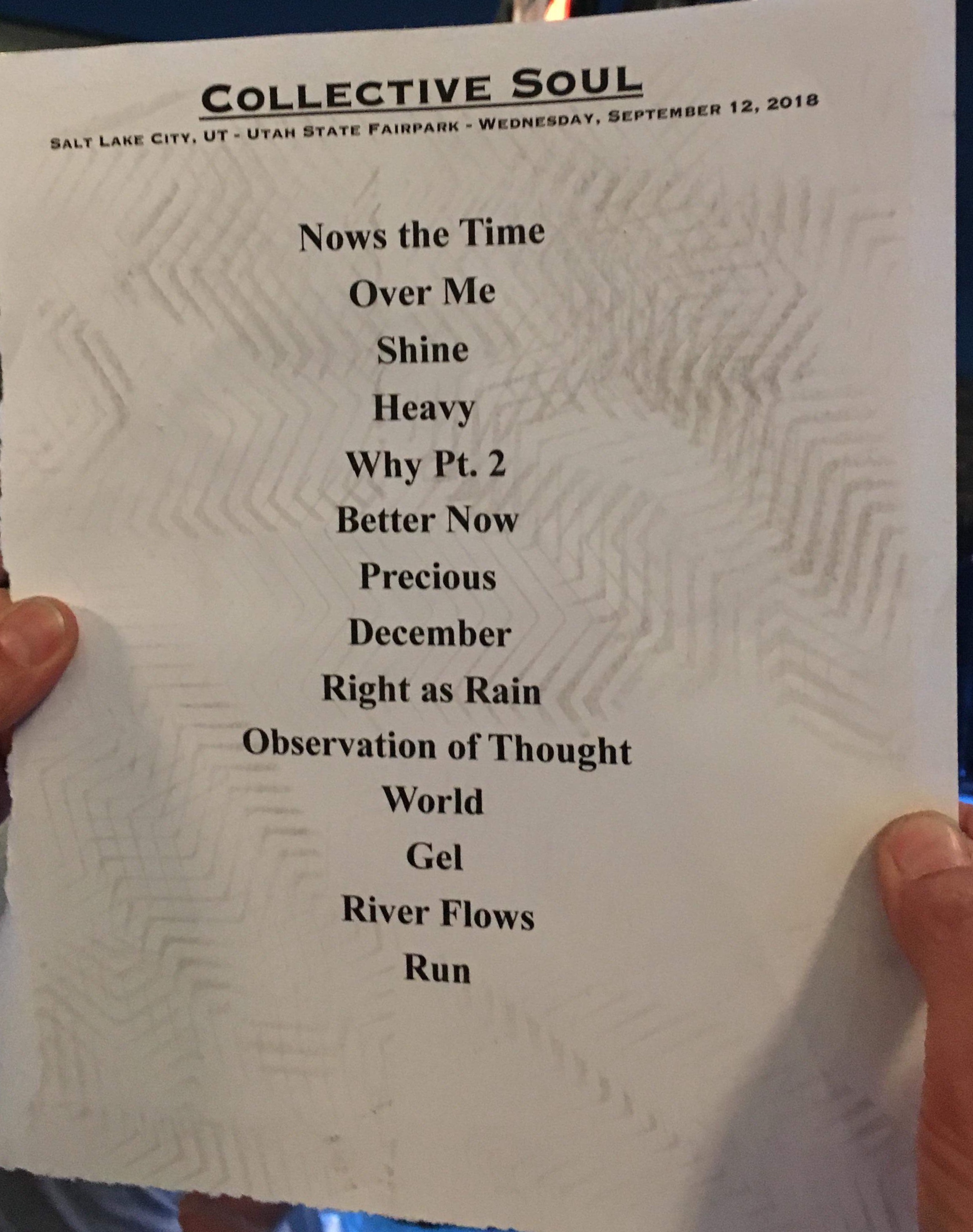