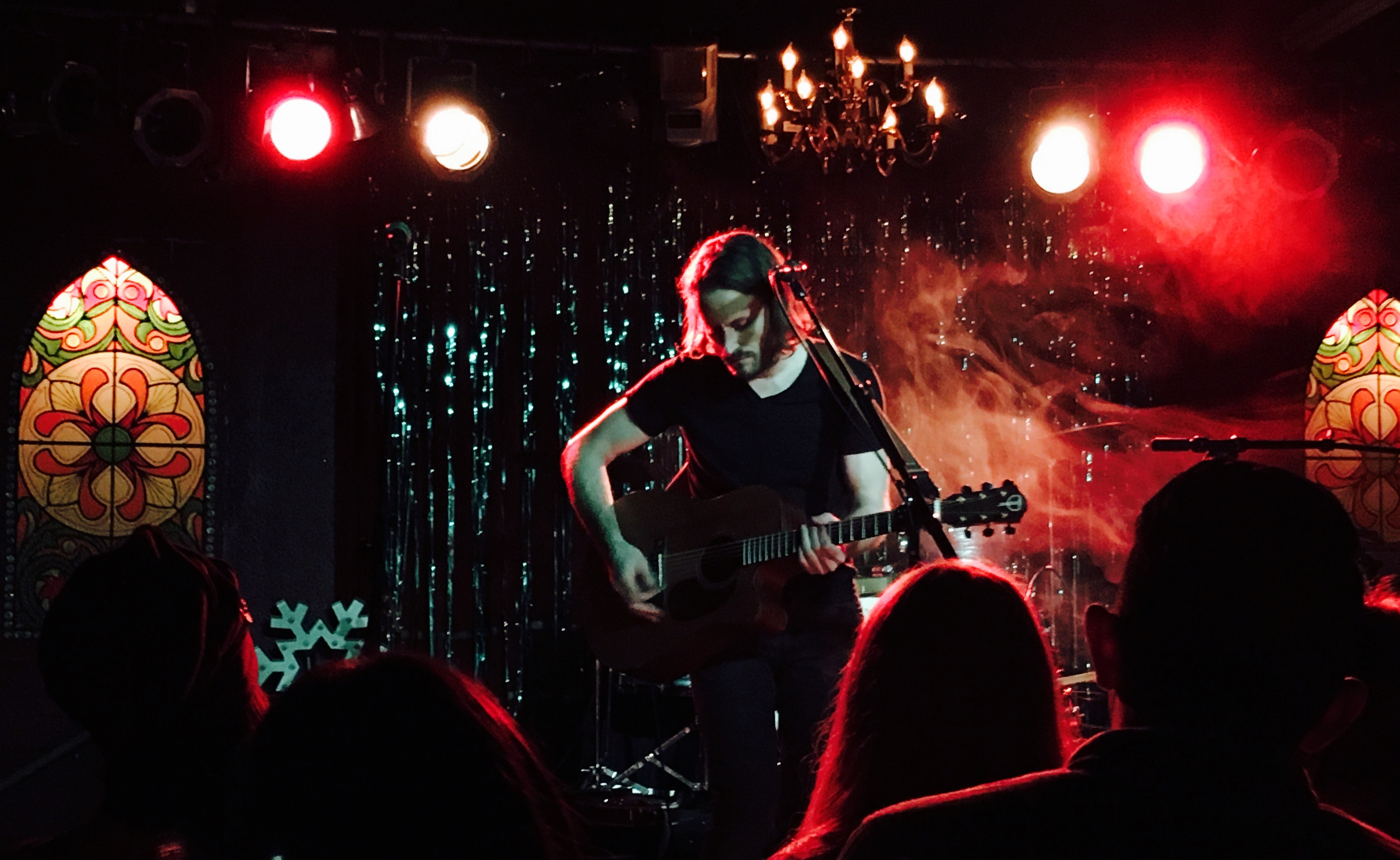 Ever since I started this website, I have hoped I’d get this opportunity.  I’m finally able to do a review of a Cary Judd concert. Cary is actually a close personal friend of mine, but that doesn’t take away from that fact that he is one of the best singer songwriters I have heard in the last 10-15 years.  I’m sure you’re thinking that I have this opinion because he is my friend, but I have to tell you this is not at all true.  I have had several friends write songs, perform, and look for that ever elusive signing deal, and none of them are as good as Cary, and without naming names, some are just not good.

Cary returned to a venue where he experienced some of his greatest triumphs, Velour, in Provo.  I have been to a lot of concert venues in my day, and I have to mention that Velour is probably the best venue of its size I have ever been to, excluding maybe the clubs on the sunset strip in Hollywood.  It has a great sound, and an even better vibe.  If you don’t believe a venue in Provo Utah can live up to this acclaim, I encourage you to see a show there, and I’m confident you’ll agree.

Velour is celebrating its 10 year anniversary.  So they have put together several shows inviting back some of the artists that helped make the venue the landmark it has become.  Cary was one of those artists.

Cary performed about a 35-40 minute set, then made way to John Allred.  A local favorite, and a very talented singer, and performer.  But this is about Cary.  It had been a while since Cary had performed some of these great songs, and perhaps even longer since he had graced the Velour stage.  But if nothing else, Cary is a performer.  He can win over any crowd, rusty or not.

And Cary was a little bit rusty if I’m being honest.  He played a few songs at a slower tempo than he might have in the past. I imagine he did that in order to ensure he played the songs correctly.  You see, Cary owns and runs a recording studio called The Wormhole in Boise, Idaho.  That takes up most of his time, and with the rest of his time, he fronts a band called The Vacationist.  So he has all but retired these songs.  In fact he said this was more or less his farewell performance as a solo artist.  Thing is, rusty as they may have been (and I’m talking a tiny bit rusty) they still had that secret CJ ingredient that makes his songs special.

Cary has a looping system where he can play a drum beat, record it, and loop it so it plays over and over. Then he’ll do that with a base line, a rhythm guitar, and whatever else he sees fit to fill the sound of the venue and while we’re looking at one man on stage, it’s as if an entire band is up there.  (I used to call him Bert from Mary Poppins.  Too bad that never caught on.)

Because of this looping ability, the crowd remains fixated on his ability to progressively fill the room and then perform his song.  But Cary doesn’t rely on smoke and mirrors.  As I said, he is the ultimate performer.  In the middle of his set, he jumped off the stage to the center of the venue floor, and sings his song “Valentine”, surrounded by the audience.  No microphone, no amp, no effects, just Cary and his acoustic guitar.  The Velour crowd is completely silent and again fixated on what felt like a night by the campfire, or just a few friends hanging out jamming together.  Most of that crowd was not there to see Cary, but I bet most of that crowd would leave Velour that night, remembering that intimate experience.

Cary finished the night performing what are probably his best two songs, “Sarah” and “Eclipse”.  You’ll most likely never hear these songs on the radio, or winning awards, but I believe these songs are better than anything you are hearing released today, and I strongly encourage you to go to iTunes and download them now.  They are beautiful, meaningful songs.

When CJ finished his last song, part of me grew a little sad wondering if I’d ever hear him play these great songs again live.  But I know that even if I don’t hear these songs, I’ll hear him in his new band, or doing something in the future.  Cary is an artist, he’s a songwriter, and because of this he’ll never stop.

Congratulations on a brilliant solo career, and I can’t wait to see what you do next!  This is where his story begins, “Farewell my friend”.