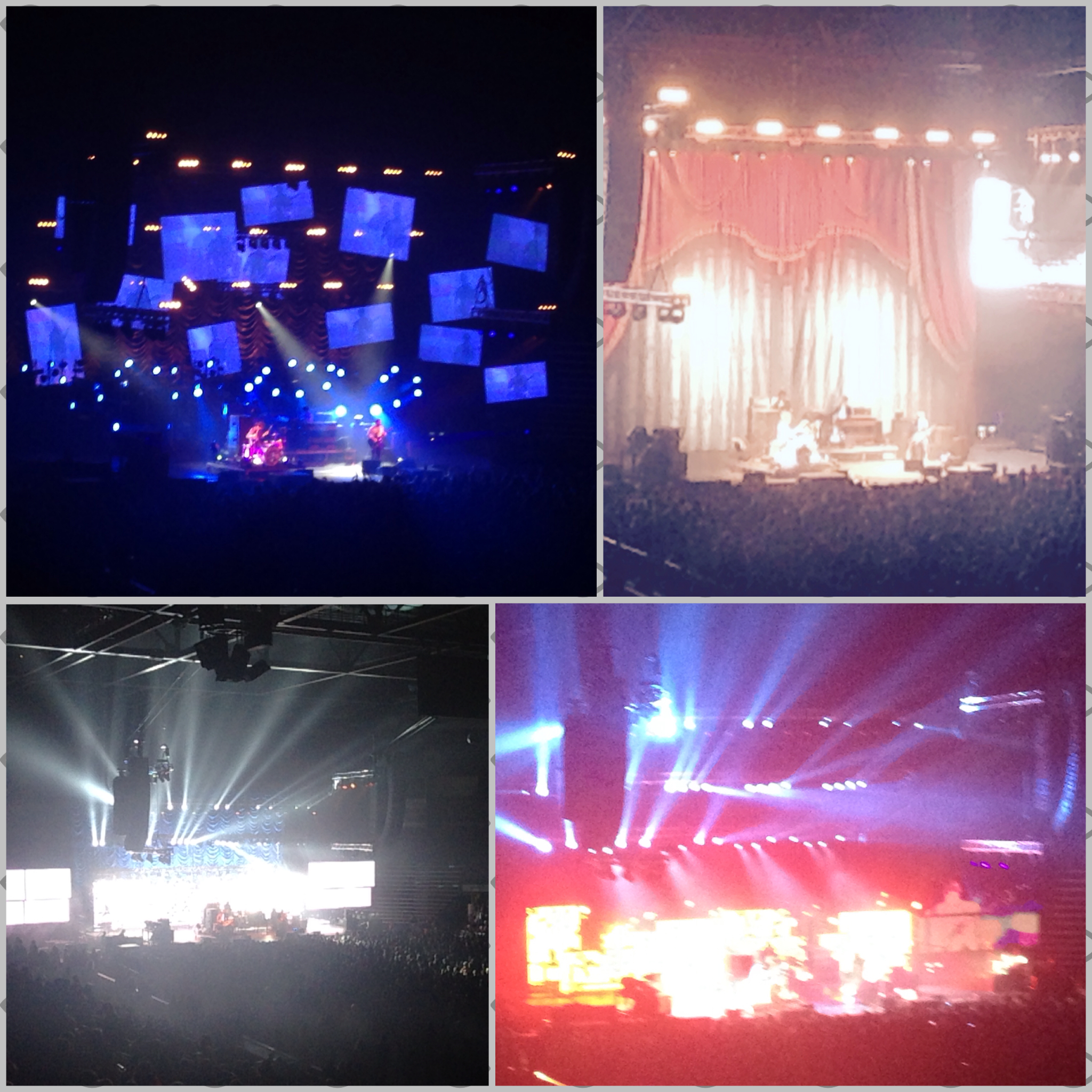 On Wednesday November 12, The Black Keys brought their “Turn Blue World Tour” to the Maverik Center. They had been through Utah a couple of years ago, and I missed them. So I was determined to find a way to get into this show. Can you believe I guessed the promo code for cheaper tickets? Otherwise I don’t think I would have made it. So, the rock gods looked out for me with this one. The best way I can describe this show is Slow Burn.

I’m not sure if it was because the show was in the middle of the week, or because it was the first really frosty day in Utah this year (27* at showtime), but the crowd took a lot longer to get going into the show than they normally do. When the band walked out and started playing, the majority of the arena stayed seated. I am someone who likes to stand during concerts, but I’m not one to make a point to stand when everyone is sitting. I’m not a fan of annoying people. Or forcing them to look at my behind for 90 minutes. Fortunately my seat was backed up to a suite, so there was no one behind me. I was able to stand the whole time. Now don’t get me wrong, I get it if we’re at a Josh Groban concert or something mellow, but this was The Black Keys! Their music, is not sit down music! So I got lucky that I didn’t have to worry about that. The stage was simple yet perfectly designed. The backdrop started out as a curtain that looked like it was from an old theater, to having that drop and behind it were multiple moving video screens and light rigs. It was subtle, yet flashy at the same time. Just like the band they were illuminating.

The band plowed through about four songs before saying anything to the audience. There really wasn’t much interaction between band and the crowd other than the occasional “Thank You” or “Help us out with this one!” type talk. But what the band lacked in physical energy, and crowd involvement, they made up with pure musical energy. It’s not always needed for a band to start a clap along, or a city reference to get the get things going. Sometimes they just need to play their amazing songs, and the crowd will catch up eventually. Well that’s what The Black Keys did. They just kept going. Because there is no way they didn’t notice the crowd was a little dull. They played their huge hit, “Gold on the Ceiling” about five songs into the set, and you could see some bubbling up from the crowd. A few of those sitting, rose to their feat, and those who didn’t were certainly bobbing their heads. I mean, don’t get me wrong, the crowd wasn’t dead. When the songs were over, the volume of their applause was definitely at a high volume. I just thought I’d see the whole place rockin out the second the band arrived. But that was not the case this time. But sometimes, a band has to earn their dues. And in my opinion, The Black Keys worked hard for their money in this show. But like I said, they just kept going. And the crowd started joining in the fun.

Patrick Carney’s drumming was on point as always, and the blues just dripped from Dan Auerbach’s guitar the whole night. These guys have in a gift in blues rock that would make Howlin’ Wolf proud. Seriously, those guitar riffs he plays just seemed to hypnotize and pierce the souls of everyone there. Because as the show went on, people started rising to their feet, dancing as if these beautiful tones had put a spell on them and they could no longer just sit there. About an hour or so into the show, I would say that about 80% of the audience was on their feet, and by the end, I’d say about 99% were standing and the place had finally been brought to a steamy boil. We had been put under the blues rock spell of The Black Keys.

I’d say the only thing that really bummed me out with show is when the band ended their main set, a disappointingly large volume of the arena started filing out as if the show was over. Did they not know they were coming back? Did they really have to get somewhere at 10:30 at night? Doubtful. I will say though, a group of teenage boys on their way out kept looking back, and right when the band returned to the stage, in their surprise and amazement they returned to their seats. They were so happy the band came back. At first I couldn’t believe they didn’t know the routine of concerts. But, as I reflected on my much younger days, I guess you do need to experience that first encore to know that is what happens in most concerts.

The show ended with a fantastic version of “Little Black Submarines”. It was a perfect closer. This band, they’re just so great. They really are a true American rock band. They have the grit of this country’s heartland, and yet the depth to be a worldwide phenomenon. There really is nothing like seeing a great rock band, and that is exactly what I saw here at the Maverik Center.