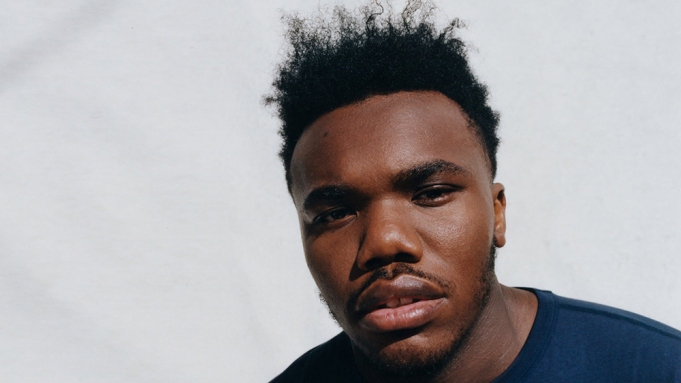 Just days after winning his first Grammy for “Best Rap Performance” on Sunday, April 3, Baby Keem visited The Depot in Salt Lake City to play a sold-out show! I had the opportunity to attend this show with some friends and I couldn’t have had more fun! The Depot was very professional in making sure the line was fair and orderly. They were kind and answered all of my questions before entering. I assume Baby Keem was in control of what music played before his set. It was immediately getting everyone excited. Classical music from the great Beethoven played on the PA.

Once we got into the venue, we waited for about an hour.  Baby Keem’s DJ finally came out and began playing a set. His DJ, Bridgeway, was incredible. He had the venue going crazy within seconds of coming on stage. Playing tracks from Donda 2 and other very popular albums, he kept everyone entertained for the entirety of his set.

After DJ Bridgeway left the stage there was another opening act named Tanna Leone. He was a rapper that played more laid-back music. Although not as crazy as the music from the DJ, Leone was able to capture the crowd’s attention with his smooth R&B-like beats. The visuals on the screens were very cool. They showed album art of two kids holding balloons. After Tanna Leone left the stage it was finally time to wait for Baby Keem to come out.

With anticipation rising the classical music was played once again. Just after 9:00, the lights went down and the smoke machines began to spray thicker. As Baby Keem’s hit song “Trademark USA” began to play, you could hear Baby Keem’s vocals behind the smoke. As the first chorus hit, he emerged out of the smoke creating a crazy surge of jumping towards the front. From that point on it would be a crazy atmosphere. Although he played for just under an hour, Baby Keem played all of the songs we know and love.

My personal favorite being “Praise God” off of Kanye West’s Donda.  During one of his songs, he actually set off the smoke alarms and had to pause the show. Although it caused a short panic from the crowd, the venue resolved the issue very quickly and he was able to come back out. Baby Keem is a great artist to jam to in your car, but his music hits so much harder in a concert setting.

The Depot was able to create a perfect stage for such a popular and upcoming artist. The sound quality was incredible and they perfectly accommodated the fan base packed into the venue. The stage had two big screens standing in a V shape, with smoke emerging from an opening at the base of the V. It was at the base of the V where Baby Keem emerged from the smoke each song. He would exit from view after each song and come back out through the smoke. I had never seen an artist do this before, but I actually enjoyed the dramatic entrances on each song. He did this for all but one song. During that song, he stood on the very edge of the stage and sang the whole song very close to the crowd.

“Issues”, is a little bit more chill considering his other music, and is about issues Baby Keem has had to deal with in his personal life. The emotion of the song was pushed through by his intense performance. After finishing that song he brought the jumping back with his hit song “Range Brothers” featuring his cousin, Kendrick Lamar. It was incredible to hear everyone in the crowd rap every single word to the song. Baby Keem also rapped along with Kendrick’s verse, which was pretty cool to hear.

When performing his Grammy winner “Family Ties”, the screens showed visuals of the lyrics as the entire venue sang the words at the top of their lungs. It was an electric atmosphere for the entirety of the song. Baby Keem seemed to feed off the surprising amount of energy and carry it through his performance.

Overall, Baby Keem put on an incredible show. I would recommend it to anyone who enjoys a little bit of a higher energy experience. He may not be for those people wanting to sit back and relax for the night but is guaranteed to give you a good time. The Depot is also a great place to spend your night, given that it is a smaller venue compared to others in the area. Although it seemed much smaller than other venues I had been to, they are able to bring a lot of well-known artists in and use the space very effectively. Baby Keem used the stage space perfectly and I loved every second. I hope to see him in concert again soon.