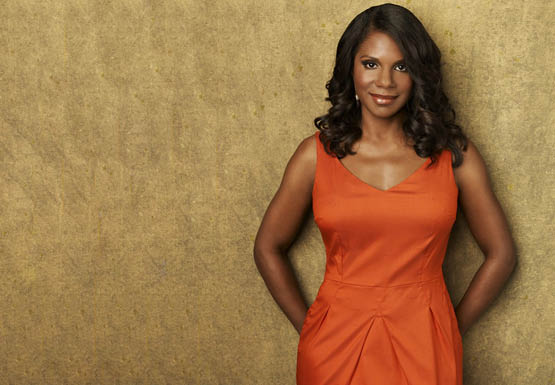 I first had the privilege of seeing Audra McDonald about twenty years ago when she originated the role of “Sarah” in the musical Ragtime. And while she was brilliant in the role it wasn’t until four years later that I understood her true brilliance, when I saw her sing the songs of Gershwin at the legendary Hollywood Bowl in Southern California.  It was there that I realized that not only is her voice fantastic, but there is just so much more to her concert than just that amazing range. So when I discovered that she would be playing two nights with the Utah Symphony at Abravanel Hall, I knew I had to be there.

Let me first share some thoughts on Abravanel Hall itself.  If you’ve never been there, do yourself a favor and see a performance there.  I would go as far as to say that it doesn’t even matter what the performance is. I’ve never been disappointed in any concert I’ve seen there. And from my experience, there isn’t really a bad seat in the hall.  I was seated on Tier 1 stage right and I could see and hear everything. And while I may not be an expert in acoustics, I know that I love the way music sounds in Abravanel Hall.  Some venues in Utah don’t have the best acoustics in my opinion and that can really affect a show negatively. The acoustics in Abravanel Hall only enhanced what was an amazing performance.

Now as I mentioned, you, of course, go see Audra McDonald for her beautiful voice.  But what might not be expected is just how great she is between songs. Her storytelling is so engaging and her personality so bright that if you didn’t know just how special her singing voice was, you could sit there and listen to her tell stories all night.  She shared information about each song from the composer to what musical it was in and always gave credit to whoever originated the role if it wasn’t her. She shared her experiences with these songs, why she chose them, or how she found them. She shared stories about her career and about her family and I was totally drawn into why these songs weren’t only great, but also why they mattered to her.  It was perfect the way she would transition from the hilarious to the touching. It all felt so natural.  It was as if she was sharing this information with a group of friends at a dinner party.

Because Audra is performing again tonight (March 24) I don’t want to spoil the setlist for anyone who will be attending.  I like to be surprised and I hope you do too. However, I will say that you will not be disappointed in her song selection.  She covers it all! She performs pieces from classic Broadway composers to modern up and coming Broadway composers, to jazz standards and of course gems from the Great American Songbook.  You’ll hear some of your favorite songs and some new songs that you will be looking up and downloading because they will be new favorites for sure.

And that voice.  Wow, that voice!  I go to a lot of concerts ranging across the vast spectrum of music.  And while I have been impressed with many vocalists, it’s amazing to see a voice used and treated like an instrument.  She makes everything seem effortless.  She would transition from her belt voice to her head voice and back again like it was nothing.  And that is not easy to do.  It was so smooth.  Her diction and breath control were perfect.  I almost took it for granted because she just made it look so easy.  Her range is impressive, to say the least.  I thought she was hitting some high notes until she really hit a high note!  I didn’t expect another level like that.  I was almost worried that the glass sculpture by Dale Chihuly in the foyer would shatter.  I was in absolute awe.

I thought the Utah Symphony was in prime form at this concert.  There were times I would just close my eyes and listen because I wanted to just hear the symphony blending perfectly with Audra and her three-piece backing band.  You would think Audra and her pianist, drummer, and bassist had been practicing with the symphony for months and months. It was a beautiful collaboration.

How many times do we see that an artist was in town the previous night and wish we would have had the chance to see them?  That happens to me regularly. Not many artists play Utah on back to back nights. They’re usually off to the next town before we wake up the next morning.  So if you missed Friday night’s performance I can’t recommend attending Saturday night (March 24) enough. Audra McDonald truly is a once in a generation talent.  And she’s in our state! She’d be amazing singing acapella on a chairlift in Park City. But you can see her in one of Salt Lake City’s most beautiful concert halls, with a symphony this state can be more than proud of.  And if she moves you to tears with those pipes, I promise you won’t be alone. I may or may not have welled up during her closing number. But you’ll have to go to the concert to find out what it is!