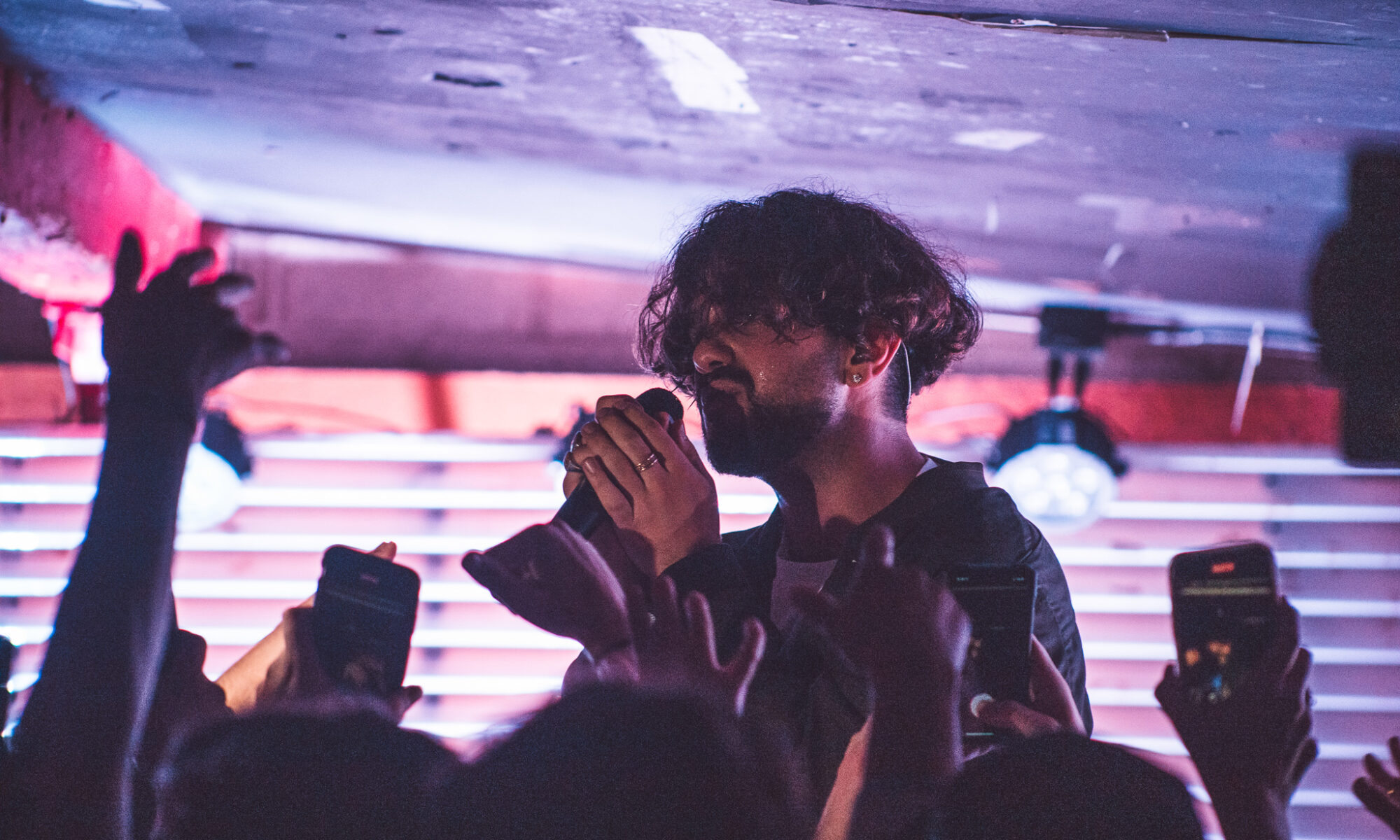 Reviewed and photographed by Kaden Severn

Love was in the air as many young couples attended artist Aries’ concert on Valentine’s night.  His chill and smooth sound was perfect for the holiday. I was surprised the show was held at Kilby Court because of how big of an artist he has become. The room filled very quickly and before long Brakence came out. The young singer came out in full force rocking out to his well-known track “Dropout”!

Brakence is known for his gritty and relatable lyrics. His voice has a unique sound to it and I was pleased to hear how good he sounds live. What he lacks in age and experience he made up for with pure talent. Although the venue was small, that didn’t stop anyone from jamming out. Brakence played through songs such as “Argyle”, “****boy”, and (my girlfriend’s personal favorite) “Rosier”.

After the crew fixed a couple of technical difficulties with some of the sound equipment, Aries took the stage! He came out to his hit single “Fools Gold” from his latest album titled, Believe in Me, Who Believes in You. He commented on how this was the smallest venue he’s ever played and kind of liked how intimate he could be with the small crowd. Although he is used to much larger venues and crowds he still wanted to put on a great show!

Standing on the speakers so people in the back could see, Aries played hit after hit after hit to start his set. The crowd was dancing around for “Kids on Molly”, jumped around to “BOUNTY HUNTER”, and swayed to “Blossom”. Aries was backed by his guitar player and drummer who absolutely killed it! His music is just so easy to jam out to. The guitar riffs mixed with his awesome voice made for a really great sounding concert.

After going through a lot of songs off of the new album, Aries began playing some of his earlier jams such as “Carousel” and “Race Car”. His guitar player had his chance to shine with a few solos and even put his guitar behind his head to shred a little! The performance was pretty rocking!

Towards the end of the set, Aries played a couple of covers. Linkin Park’s “In The End” which I really loved, and a punk rock cover of “A Thousand Miles by Vanessa Carlton”. It was unexpected but pretty cool!

He finished off the show with an encore performance of “Sayonara”! Regardless of the small venue, Aries still put on a great show and it was a great way to spend Valentine’s Day with my girlfriend!