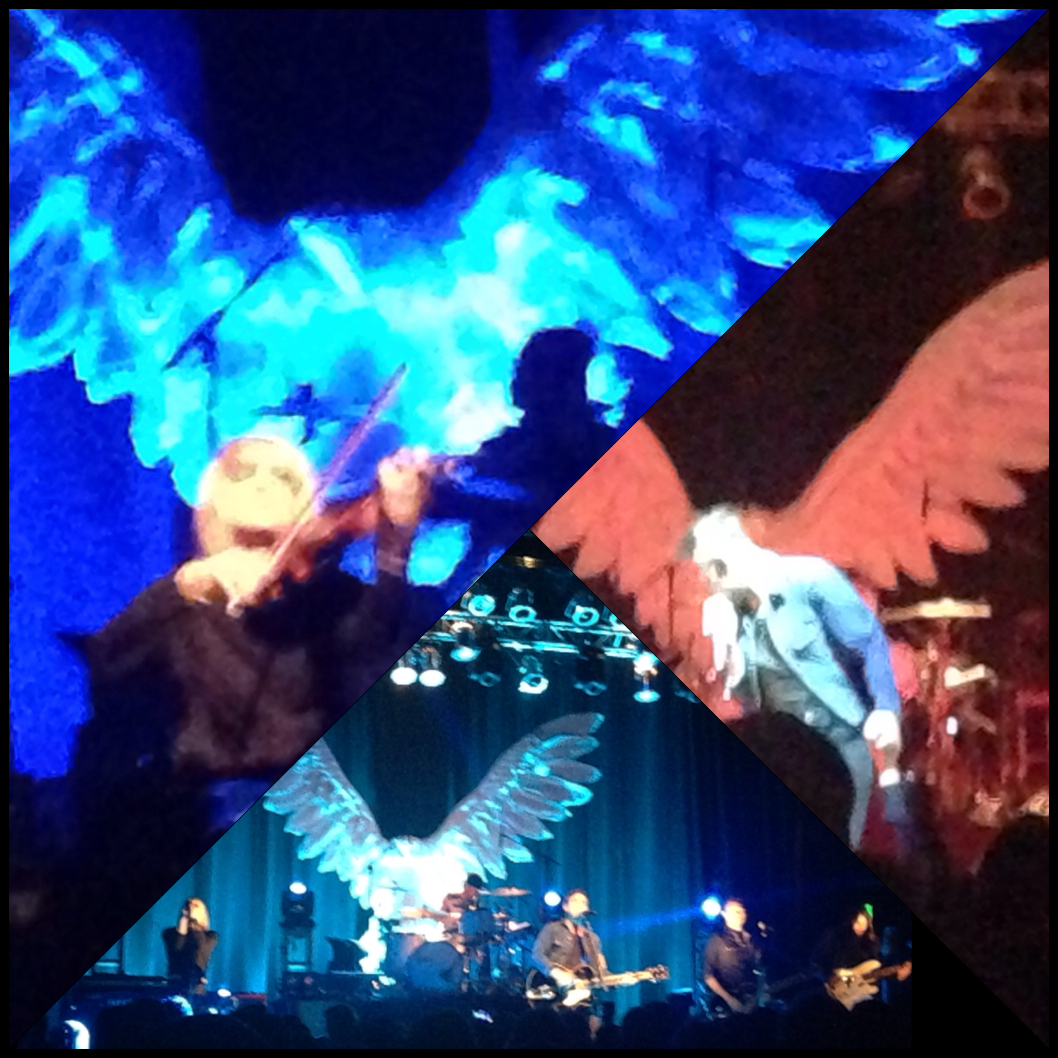 To be perfectly honest, I only knew about 4 songs from The Airborne Toxic Event before attending their concert. Of course I’ve been a fan of their 2008 hit “Sometime Around Midnight”. And I’ve seen a few performances on TV here and there. So I knew them enough to know I wanted to go see them Monday night at The Depot.

The crowd was surprisingly mixed between young and not so young. As I understood it, The Airborne Toxic Event was part of that musical flashback to the 80’s modern rock sound similar to Franz Ferdinand, Modest Mouse, or The Bravery. And while some of their songs did take my ears to that era, they had much more to offer than to be pinned down to one style of music. There were times that I felt like I was listening to a folk band, other times I felt like I was listening to a synth-pop band. It was that kind of variety that made this show extremely entertaining for me.

Sometimes I really enjoy going to shows so where I know very little of their catalogue, so that I can stand back and watch the show with no expectations. I think the thing I enjoyed the most was the passion being delivered from each member of the five piece band. Each one of them clearly skilled musicians to the point that throughout the show many of them switched from guitar to keyboard, or keyboard to violin, or even three band members playing drums at one time. They sounded great, and to have the energy they had for a Monday evening show, ignited the crowd to react to these songs as if they were seeing a show on a Saturday night.

It has been a while since I’ve seen a band that is still in the midst of their first decade of growth, and it was obvious. I could tell they still loved playing live, and they still appreciate their fans. As I’ve always said, Utah has the best concert goers that I’ve witnessed, and I think the bands could feel that. Lead singer Mikel Jollett even comment to the crowd about how excitable they were. But it was so cool to see him climb down from the stage, taking selfies with the front row, and high fiving every hand he could reach. At the end of the show keyboard/ violinist, Anna Bulbrook jumped into the waiting arms of the audience and crowd surfed around and back to the stage. There was great chemistry between audience and band. It felt genuine, and it was refreshing to see. Even when the show was over, and the lights came up, and the PA was playing exit music, many of the band members stayed out there, signing autographs, throwing guitar picks and setlists to the audience. I don’t think I’ve ever seen a band stay out that long. It was pretty cool.

I must say, they won me over. Albums will be bought, Youtube videos will be watched, and songs will be learned. I really like this band. And anyone who says that “Rock is Dead” (I’m talking to you Gene Simmons), has clearly not seen The Airborne Toxic Event! Rock N Roll has a heartbeat and I think it’ll be just fine.

Welcome to Your Wedding Day
Papillon
Gasoline
Changing
Happiness Is Overrated
This Losing
Hell and Back
Dope Machines
What’s In a Name?
Numb
Wishing Well
Wrong
Sometime Around Midnight
All I Ever Wanted

Encore:
The Graveyard Near the House
Timeless
Boys Don’t Cry snippet (The Cure Cover)
All at Once