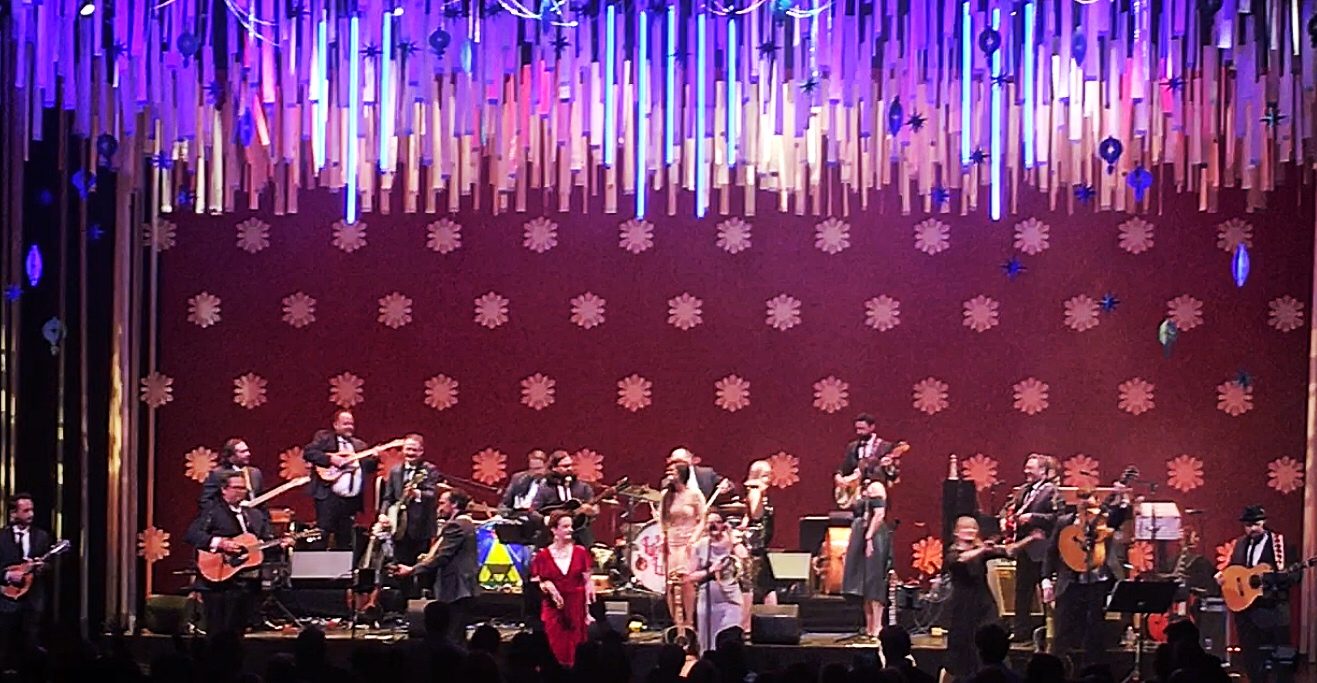 The first time I heard about The Lower Lights was right after one of their run of Christmas shows here in Salt Lake City.  By the reaction of the people I was talking to, I could tell I had totally missed out on something special.

So three years ago I made sure to check out their show, which happened to be their first time at Kingsbury Hall.  If you’ve seen The Lower Lights, you’ll understand that it immediately became a Christmas tradition for me. I enjoy their concerts so much that I see two of their shows during their week-long run. If you’ve never seen them, then there is still time to see them this year.  I’m confident it will become a tradition for you as well.

I don’t know how these guys do it.  With band members coming from Nashville, Austin, St. George, and somewhere in Wyoming, let alone the ones that actually live locally involved with jobs, families and solo projects, there is no way they have as much time to rehearse as much as they’d like.  But they always sound great. I suppose the fact that this is their ninth year doing their Christmas show has helped them know how to relearn these songs quickly.

Like in past reviews, because I’m reviewing the opening night, and they have more shows to go, I’m not going to mention any of the songs they’re performing.  I think one of the best parts of a concert is the element of surprise. So I don’t want to spoil any of the show for those still planning on attending.  Which should be all of you.

While voices were strong, and instruments were played brilliantly, I’m sure the member’s of the band would agree that this wasn’t the smoothest show they’ve ever done.  But in my opinion, it added to the charm of the show. There is such a casual air and a fun loving nature within this band that no misstart, feedback, or flubbed lyric hurt the performance at all.  They seemed to take any mistake in stride and make a joke, or just self-correct and move on.

The Lower Lights are a band with twenty members that at one point or another recorded at June Audio Recording Studios in Provo, Utah.  June Audio owner Scott Wiley brought them together for a recording project and The Lower Lights began. Some members come and go, but it appears as if the core group remains.  The Lower Lights have redefined what it means to be a “local artist”. If by local artist, you mean a band filled with amazing talent that wouldn’t surprise you if they were a professional band touring America, then yes, they’re a local artist.  I prefer to refer to them as a mega-talented Americana Orchestra that we are lucky to have to ourselves here in Utah.

Monday night crowds are known for not always being the best.  But this crowd felt more like a weekend audience. The first upbeat song The Lower Lights played and the crowd rose to their feet.  They were up on their feet for many of the songs throughout the night. This is the type of show that you want to stomp your feet and clap along to.  When I looked around the theater I didn’t see people clapping their hands. They were throwing their hands together with vigor. I wouldn’t be surprised if people went home with bruises on their palms. They were hitting their hands together that hard! But I get it, it’s virtually impossible to not clap along to this infectious music.

As the concert progressed I noticed that up in the front of the theater there was a group of about six or eight children who were dancing and waving their arms in the air.  It was really cute, and they were a blast to watch. The band noticed them and towards the end of the show, they brought these children on stage. It was such a fun part of the night, and great on the spot thinking from the band.  I thought that they might have been some of the band members kids, but I was told following the show that they weren’t related to the band. I’m sure it was nice to know that there is a new generation of Lower Lights fans.

If you have never seen The Lower Lights in concert, I cannot recommend it more.  For me, it’s not until after seeing them that my holiday season actually begins. The show is a lot of fun. But it’s also heartfelt, spiritual, poignant at times, and hopeful.  Whatever your experience is this holiday season, there is a message for you at this concert.

For more information on obtaining tickets to this show go to…