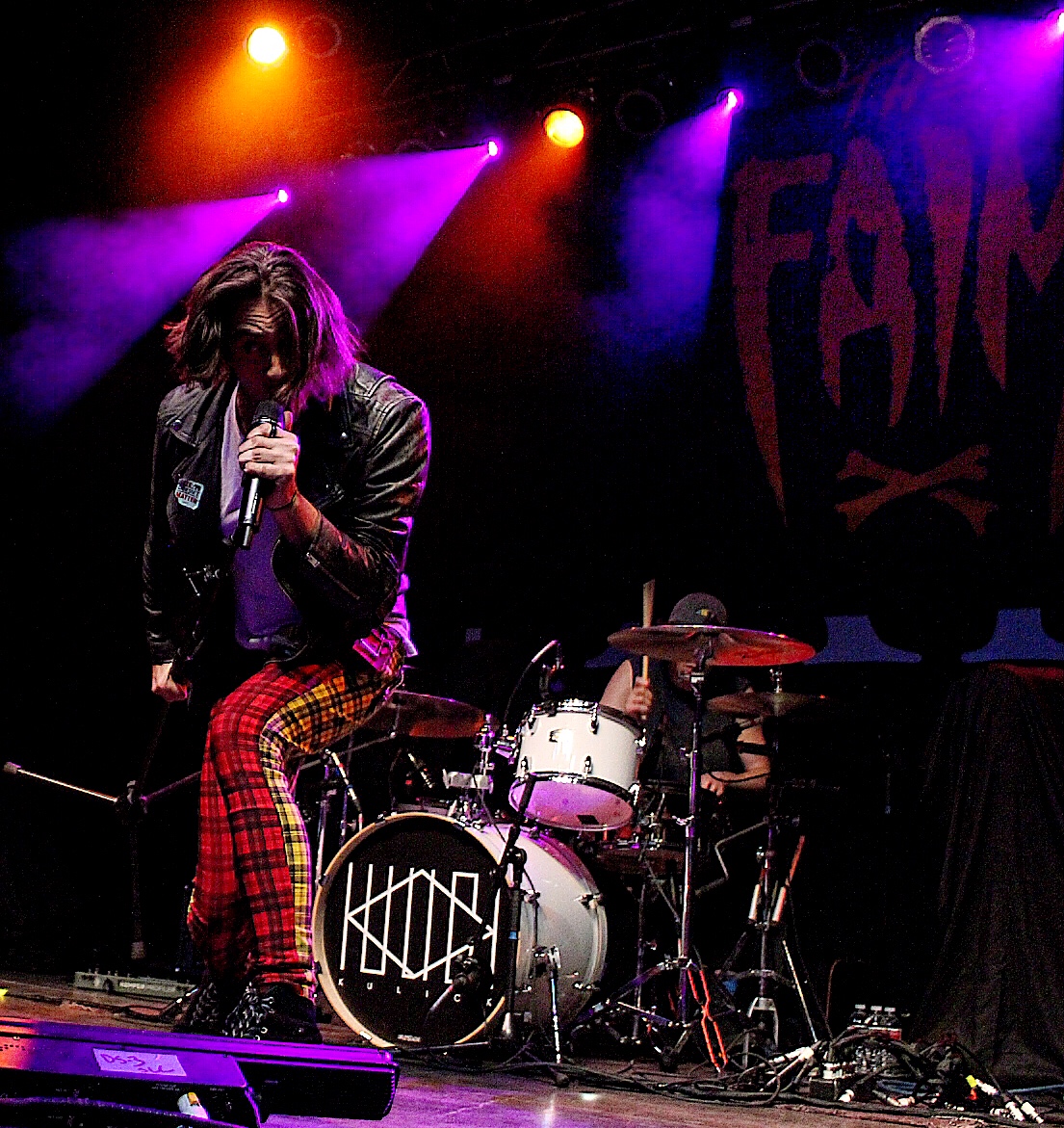 Can you imagine starting a band, signing a record deal, then collaborating with members of your favorite bands growing up, then heading out on tour and playing these songs in cities across the world that you never thought you’d play in?  That’s the dream, right? Well, this is exactly what has happened to up and coming Australian pop-rock band The Faim.

These boys from Perth have been headlining tours in Europe and Australia performing songs that they have co-written with the likes of Pete Wentz (Fall Out Boy), Mark Hoppus (blink-182), Josh Dun (Twenty One Pilots), and Ashton Irwin (5 Seconds of Summer).  They stopped by The Depot in Salt Lake City supporting Andy Black of the Black Veil Brides.

The band came out strong.  They walked on stage and just went for it as if they were the headliners.  Opening for another artist can be a tricky thing. The majority of the audience isn’t there to see you so there is no knowing how they’re going to react.  When I interviewed Bassist/ Keyboardist Stephen Beerkens I told him that Utah was usually really kind to opening bands so he should have a good time. I’m glad to say I was not wrong.  The combination of the band’s efforts along with the supportive crowd made for a really fun set for The Faim.

The Faim seemed like they were on a mission to win over this crowd.  They worked hard from the very first power chord. The guys were jumping in the air, running across the stage and smiling at individual members of the audience.  At one point lead singer Josh Raven stepped off the stage and onto the railing so he could interact more closely with the crowd. That went over really well. And it wasn’t like he went to the railing for a second then dipped out.  He lingered there and walked along the barricade for a while, giving all those in the area a chance to get a good look at him.

By the middle of their set, The Faim had the crowd clapping and singing along to their songs.  Again, I remind you, they were the openers. And as good as Andy Black was later in the evening, I don’t recall any better crowd interaction than there was during this set.  With the end of each song, the crowd’s cheers increased in volume for each song. The Faim was totally winning over this audience. It was an impressive sight to see.

I think the highlight of the set for me was when Josh Raven stepped over the railing and sang and danced in the middle of The Depot floor.  The crowd was dancing around him and I could tell they were really getting into it. He then walked to the back of the floor where a couple was standing with their back to the stage.  Raven just sauntered over to them and started singing. It takes a lot of confidence to do that. The couple was taken completely off guard and before they could react to what was happening, Josh was on his way back to the rest of the crowd and then the stage.

The Faim played for about 45 minutes.  Judging by the way things were going, I think the audience would have enjoyed even more from the band.  That’s saying a lot when the guy on the marquee is still to come. The Faim put every ounce of energy into their time on stage.  I’m excited to see what they do when they get to headline a full ninety-minute show.

As I mentioned I got to interview Stephen Beerkens, bassist/ keyboardist for The Faim. Following the show, I introduced myself to him while he was at the merch table.  I followed up by asking him how the crowd was. He proceeded to tell me how great they were and how he was excited to see people who had been following the band since they were only doing covers.  I asked him how the tour was going and Beerkens told me it was, “The most chill tour we’ve ever been on.”. He said they would play a couple of shows and have a day off. They’d see the sights and get to really enjoy life on tour.  He mentioned in the past they would play 10-12 shows in a row before getting a day off so this was pretty easy compared to that. He told me that the band got to see the Grand Canyon the other day. We discussed how it’s even more spectacular seeing it with your own eyes.  He told me he FaceTime’d his parents when he was there and they were excited for him that he was able to see it. He seemed like a genuinely nice guy and I was glad to meet him face to face after having talked to him on the phone.

The Faim is a band on the rise.  Their music is catchy, they have a good look, and they play their butts off.  I can’t imagine it will be long before they are back in Utah, headlining The Depot on their own.