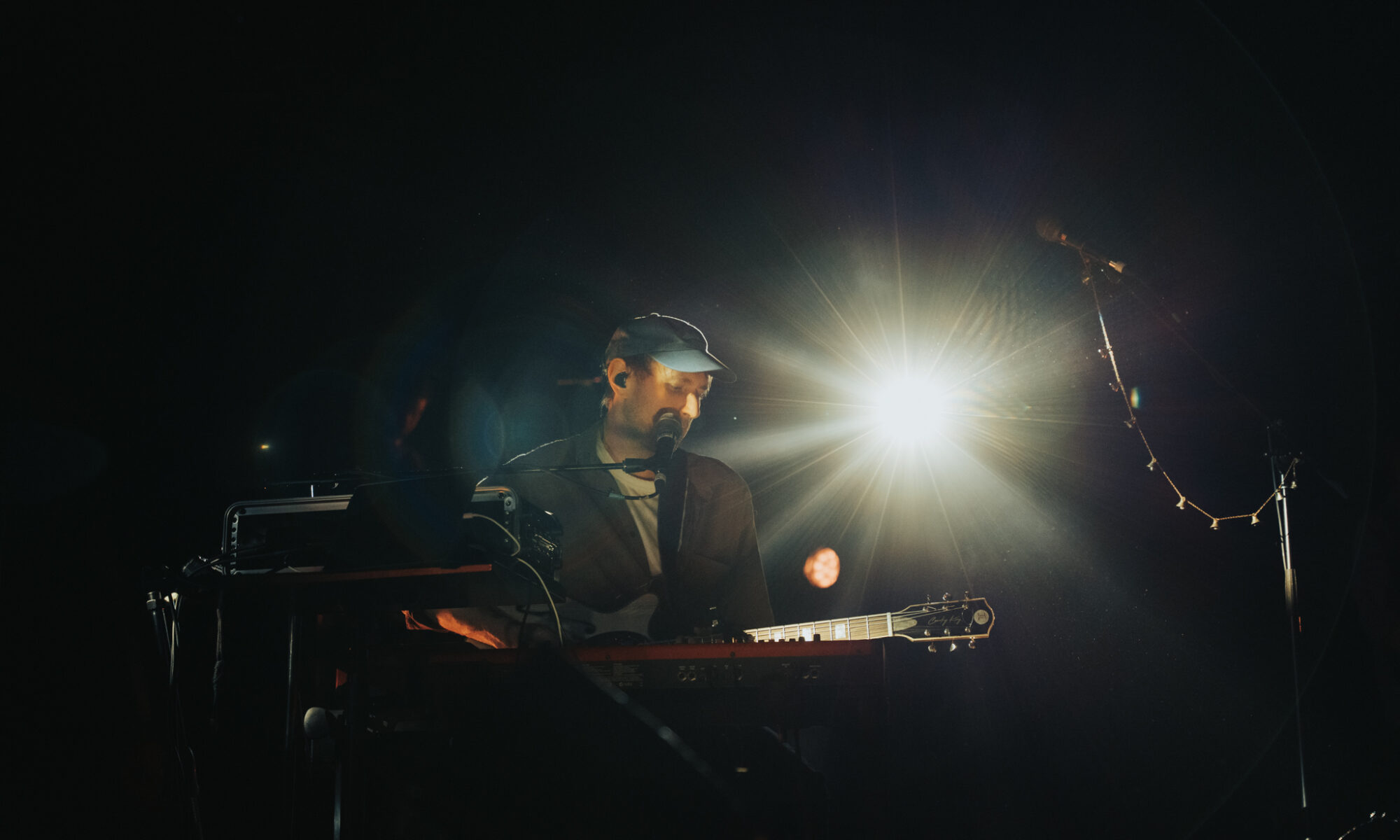 After years of shows outside of the US, Novo Amor played one of his first shows back in the states in Salt Lake City. Visiting The Complex, Novo was able to sell out The Grand room at the venue. I was shocked to hear that he had such a large fan base here. Having listened to some of his music before, I didn’t expect so many people to show for a slower concert like his. However, he was able to bring a lot of emotion and passion to the music as he performed that night. I was pleasantly surprised with how he was able to change up parts of his music to be more fun to listen to live.

The Complex is one of my favorite venues to visit, and this concert was no different. I love the way the venue is set up. The larger room on the left side of the venue usually gets the bigger artists, and the right typically gets the smaller artists. Novo Amor was able to sell out the left side of the venue and The Complex handled it wonderfully. I was so impressed to see how quick they let the massive line into the show. They were able to get everyone in with plenty of time to spare before the concert began.

Having been stuck in a line when a concert started, I always appreciate seeing the lines move fast. The security were very helpful and kind to everyone in attendance and made sure to bring lots of water to the front for all the people who had been waiting for hours. This isn’t always something they do, so I was happy to see this happen.

Before Novo Amor came onto the stage, he actually sent his guitarist out to play 3 songs to warm up the crowd. He just stood on the side of the stage and sang with his guitar for 15 minutes and left. Although he was clearly very talented and had a good voice, I think the crowd became a little impatient by the time he was done. He played very slow songs that made the anticipation for Novo stronger. Maybe that was the tactic by the artist, but either way, people were clearly getting more excited for the main act of the night.

About 35 minutes after the guitarist played his songs, Novo Amor took the stage. He sat at his keyboard in the middle of the stage with dramatic lighting hitting him from above. It was such an amazing scene. He set up the stage beautifully. The light was casting shadows over his keyboard and onto the stage as he sang his first few songs. The lighting around the stage was changing colors to match the emotions of the song. Which was also something I hadn’t seen before. Although no flashing lights or any fancy stage mechanics, the lighting and the way he was playing his keyboard brought it all together.

Novo’s set was much more entertaining than I had thought it would be. I figured it would be a very relaxing and chill concert to attend. His music is usually more slow paced and emotional. He was able to change the music in a way that made every song so much fun to listen to live. I was very impressed with the way he performed every word with so much energy and emotion. He also had a trombone player in the back that would play certain parts of his songs with so much power. That was one of my favorite parts of the show.

I rarely see brass instruments on the stage, so it was very cool to see that change to the show. I also really enjoyed the way he incorporated the crowd. He would sing to the crowd and make eye contact with so many of the fans as he performed. It is always good to see the artist engaging with the fans who waited so many hours to be there.

Overall I would say Novo Amor was a perfect concert for almost anyone who enjoys music. This concert would appeal to such a wide group of people. He had enough energy to make it fun, but not so much that it could feel unsafe or overwhelming. He was clearly very talented both with his vocals and on the instruments he played. I would strongly recommend  you give him a listen and find a time to see him live. The Complex suited Novo so perfectly, and I would also recommend you visit a concert there if you ever find the chance. Novo will continue playing a few more shows in the US before returning to Europe again.